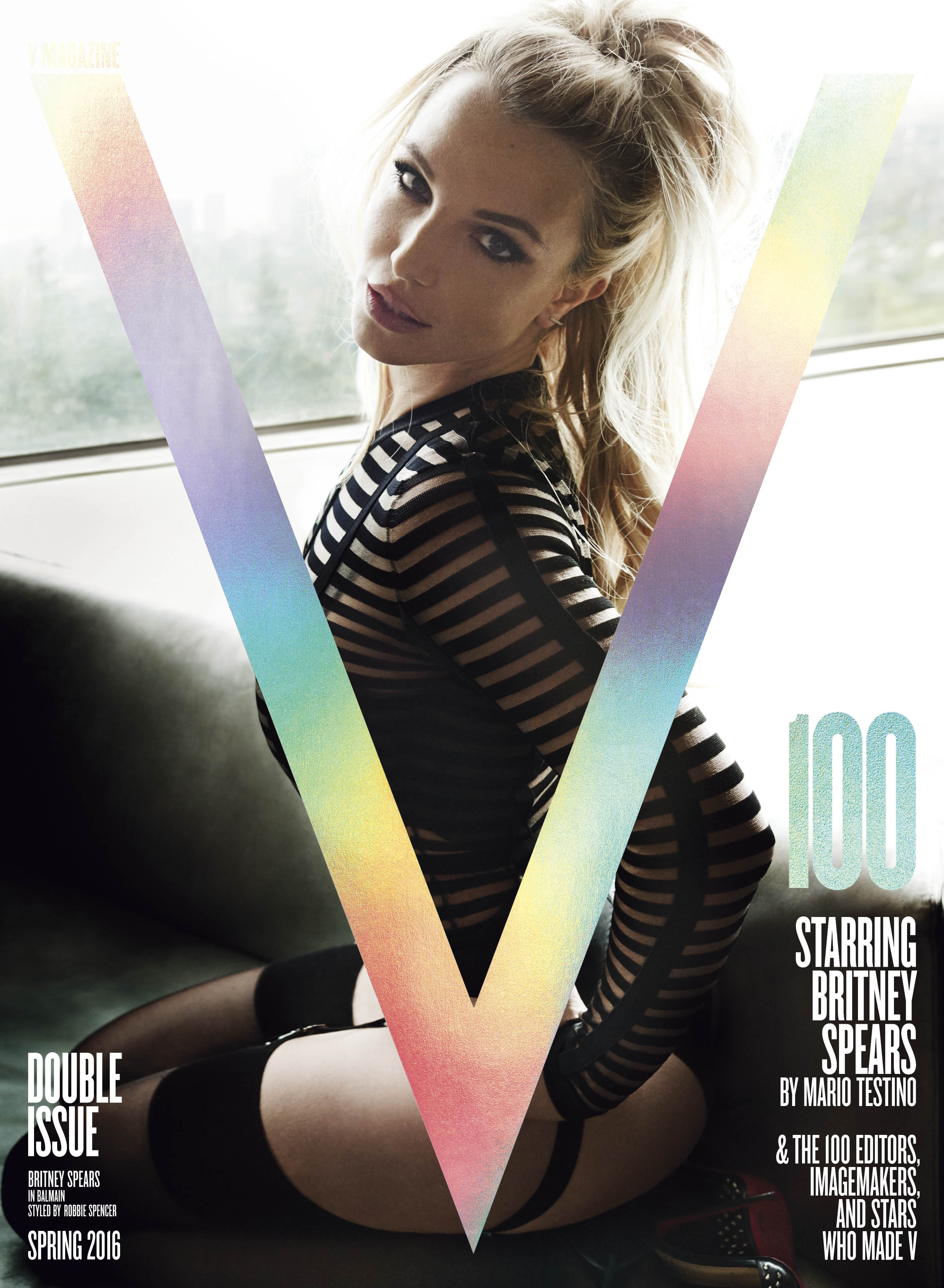 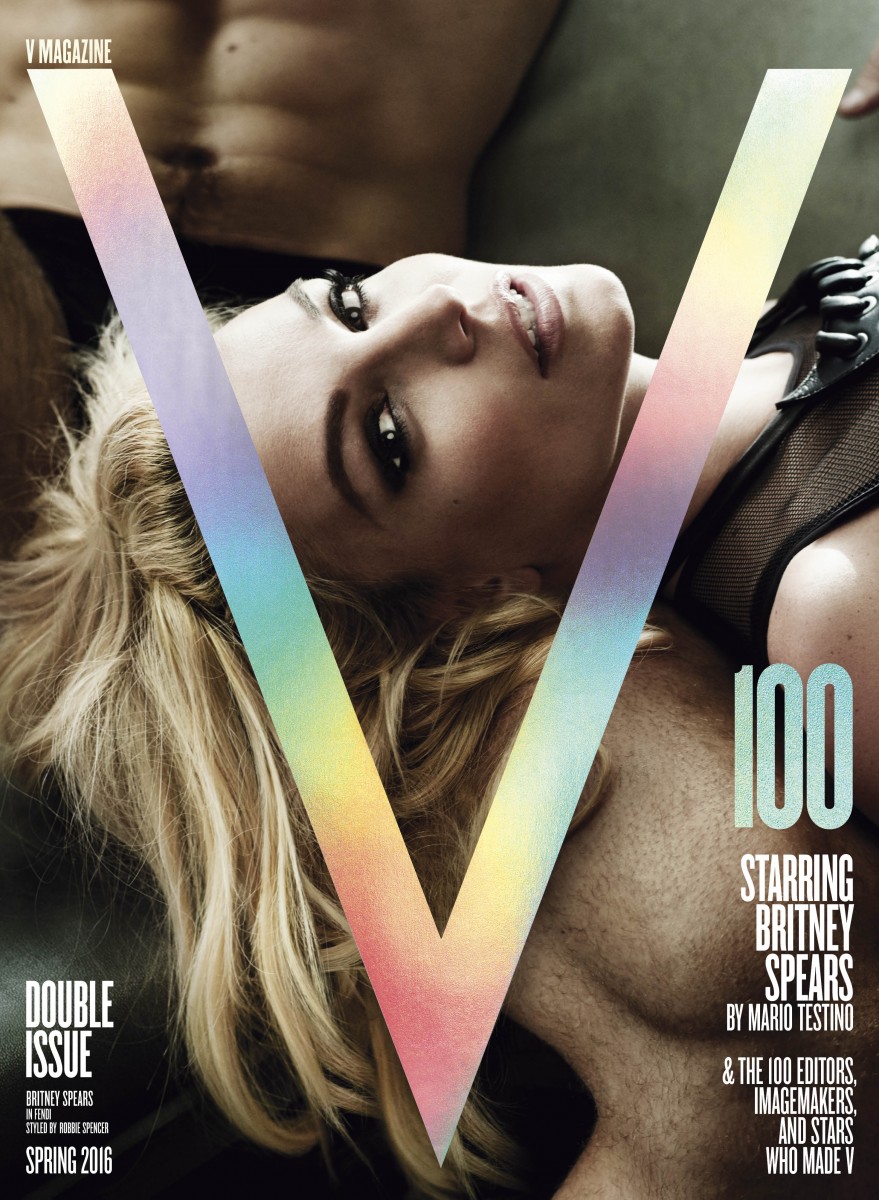 Britney Spears has landed not just one, but three covers of V Magazine’s 100th issue. In true full circle, John Norris interviews the pop star nearly 17 years after their first tête-à-tête for MTV in ’99. Since then, Spears has had her share of ups and downs, but is now powering through her second Vegas residency and wrapping up her 9th album. Alongside a series of shots by Mario Testino, styled by Robbie Spencer, Spears’ interview explores her latest work, how she deals with the spotlight, and navigating the digital age.

On her new and well-guarded album..
“Honestly, I’m just particular with this record. It’s my baby, and so I really want it done right. I would much rather have it be completely how I want it to be, whether that takes another year for me to do, or two months. I have no idea at this point. But I just know that the direction I’m going in is so good. It’s the best thing I’ve done in a long time. I’m proud of the work, and it’s very different; it’s not what you would think at all. But I’m not rushing anything. I just want it to be done right, so that my fans will truly appreciate it.”

On being a music artist in the digital age…
“Honestly, I still don’t use my computer. My kids use the computer more than I do! I understand that a lot of people are into it, and I have days where I write and stuff, but it’s really not for me. It’s not my thing.”

On being in the media spotlight…
“Whoever is in the spotlight, people are really quick to judge. I mean, there are a lot of kids coming up who’ve experienced that. You know, Justin Bieber, he’s huge, and he experiences that. It’s just the way the world works, unfortunately. I’ve been doing this for 20 years. I kind of don’t pay attention to it. I have my relationship with God and myself and that’s what matters to me. I really don’t care what most people think.”

Pick up a copy of V 100 on newsstands March 8, or order the issue HERE.

This Lizzo Interview Is the Most Uplifting...