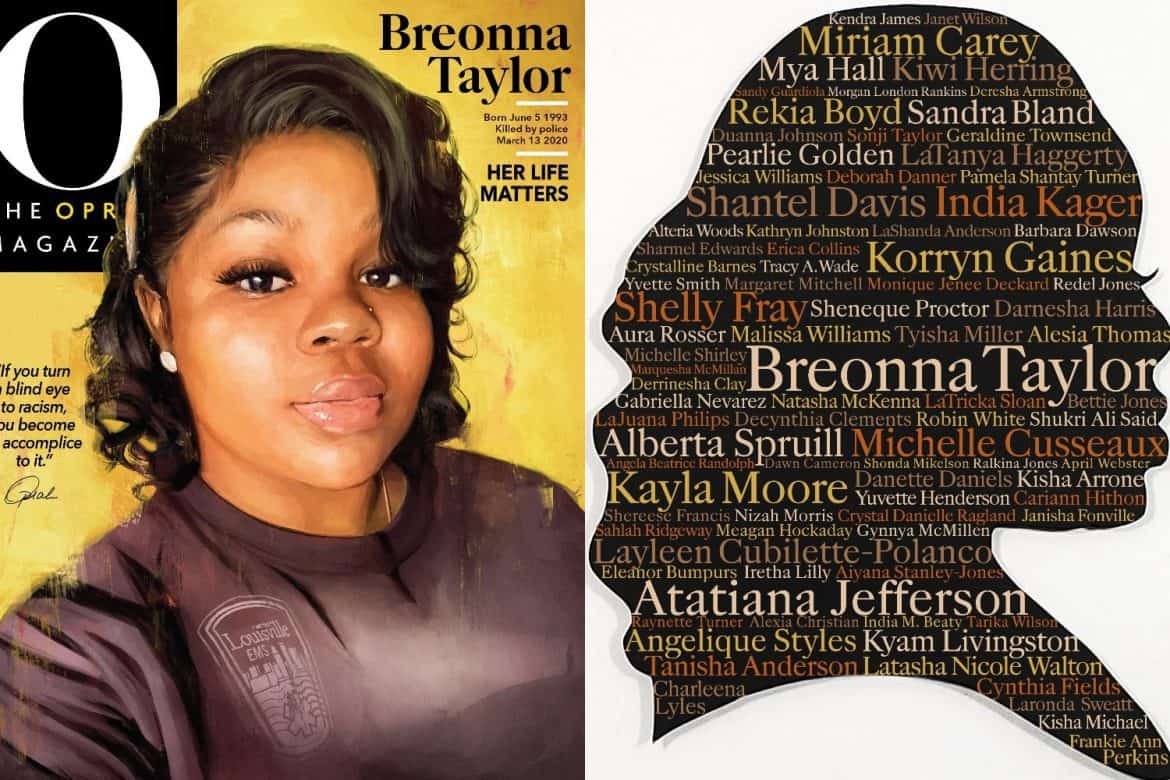 Oprah’s September issue is making news and history. For the first time in the 20 years of O, The Oprah Magazine, Oprah Winfrey is not putting herself on the cover. Instead she’s paying tribute to Breonna Taylor, the young woman who was fatally shot by police in March. The cover image was created by 24-year-old digital artist Alexis Franklin.

“I have a collection of property ledgers from former plantations,” Winfrey writes in the issue. “Names, ages, and prices of people, listed along with cattle, shoes, wagons, and all other earthly possessions. The ledgers are framed in my library. When in need of fortification in times of crisis or challenge, and sometimes just to remind myself where I’ve come from, I read them aloud. I feel a kinship. As a great-great-granddaughter of enslaved people, I know that in a different era my name would have been in someone’s ledger. Those ledgers come to mind when I see the names of Black women who were killed by police. Breonna Taylor and too many others like her. I see the names, I think of the ledgers, I feel the connection down the generations: the refusal to value Black women’s lives. And I feel a personal connection. Because I am these women. These women are me.” (Read more on why Oprah gave up her cover for the first time HERE.)

Oprah’s editor’s letter also features a silhouette of Breonna Taylor by  Janelle Washington, a Black papercut artist, with 89 names that represent a portion of a list kept by the African American Policy Forum’s #SayHerName campaign, dedicated to raising awareness of the many Black women, girls, and femmes who have died by police violence or while in custody.

“What I know for sure: We can’t be silent,” Winfrey says. “We have to use whatever megaphone we have to cry for justice. And that is why Breonna Taylor is on the cover of O magazine.” 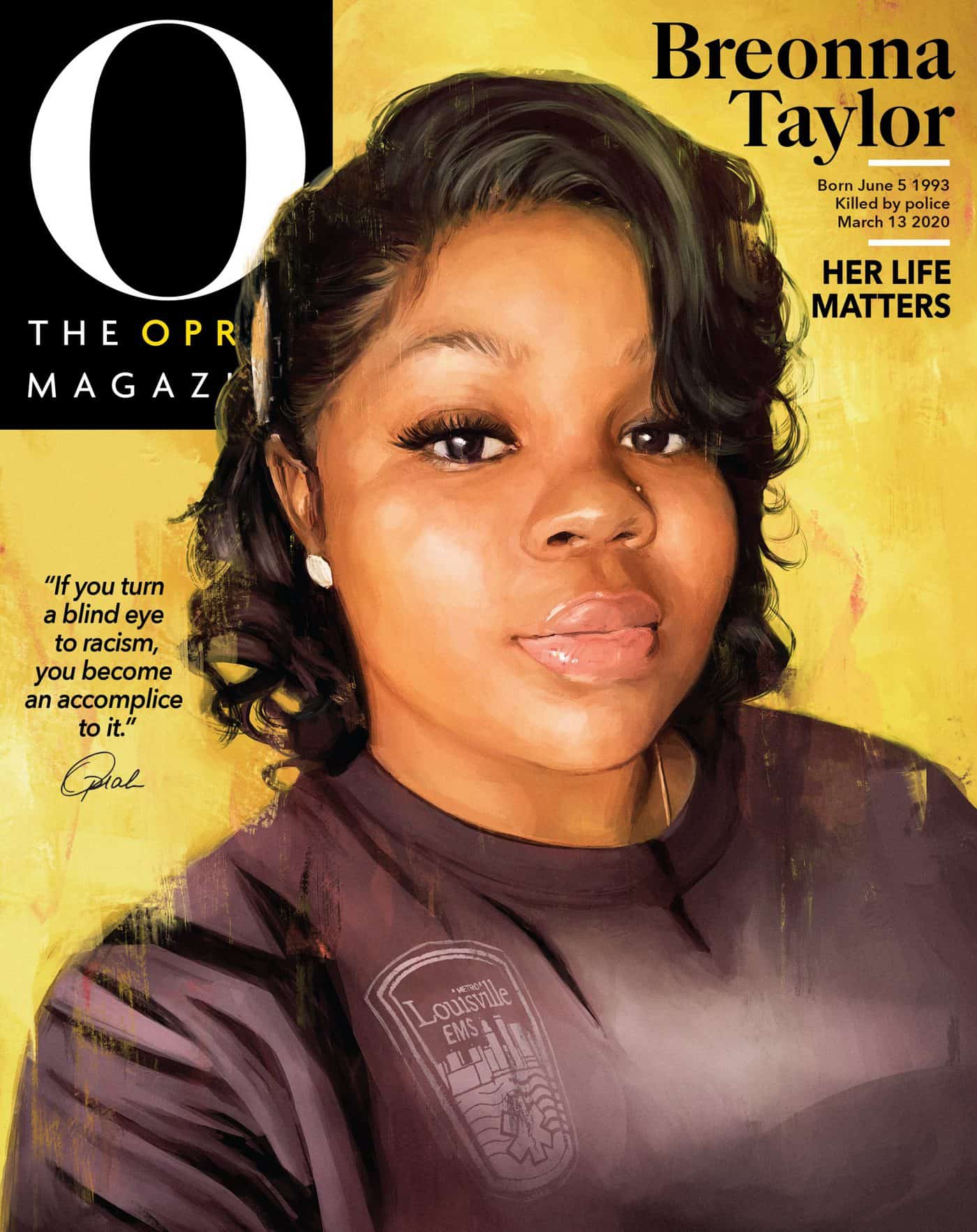 Earlier this week we learned that O: The Oprah Magazine would cease their print publication with their December issue. The Hearst title will live on digitally. The September issue will hit stands on August 11th.