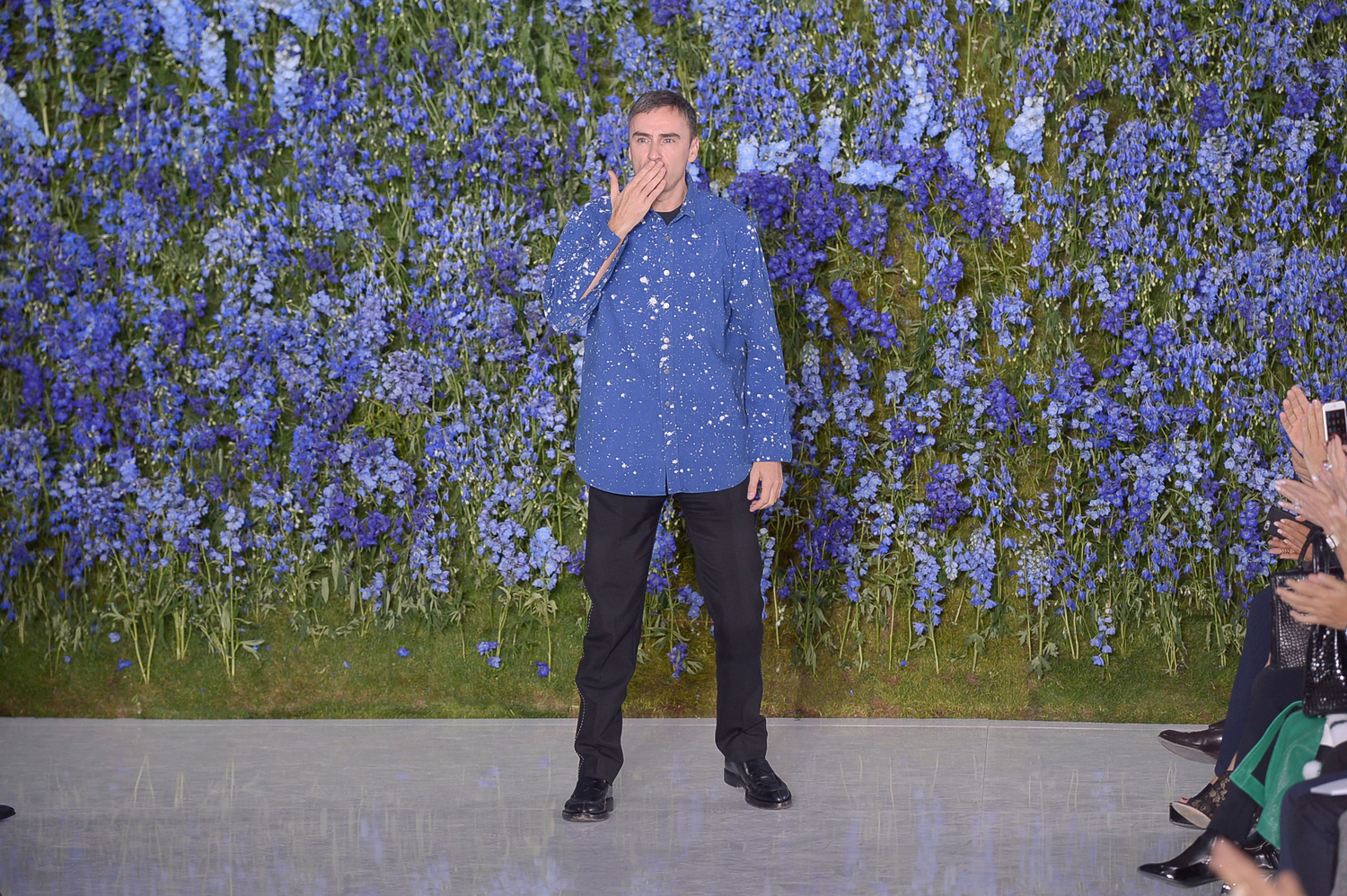 We didn’t see this one coming: Today, the news out of Paris is that Raf Simons is exiting Dior after a failure to reach a new employment contract with the French house. The Spring ’16 collection, which Simons showed on October 2 in Paris, was the last hurrah of a three-and-a-half-year tenure that propelled the LVMH-owned brand into a new period of prosperity, as well as a radically different take on the house’s codes.

“It is after careful and long consideration that I have decided to leave my position as creative director of Christian Dior’s women’s collection,” said Simons in a statement. “It is a decision based entirely and equally on my desire to focus on other interests in my life, including my own brand, and the passions that drive me outside my work. Christian Dior is an extraordinary company, and it has been an immense privilege to write a few pages of this magnificent book. I want to thank Mr. Bernard Arnault for the trust he has put in me, giving me the incredible opportunity to work at this beautiful house surrounded by the most amazing team one could ever dream of. I have also had the chance over the last few years to benefit from the leadership of Sidney Toledano. His thoughtful, heartfelt and inspired management will also remain as one of the most important experiences of my professional career.”

While the reasons for Simons’ exit are complex and multifold, his stellar resume and solid track record of commercial success suggest that he will remain in hot demand, although it’s likely that a noncompete agreement will prevent him from joining another house in the near future. In the meantime, expect him to focus on his Antwerp-based menswear line and field a lot of phone calls.

The bigger question, of course: who’s up next? Expect the gossip to heat up momentarily—Cathy Horyn has already floated Riccardo Tisci and Phoebe Philo—but for now, your Daily politely suggests Marc Jacobs. He’s an intimately-known quantity to LVMH, having spent 16 years at Louis Vuitton, and with the IPO of his eponymous brand imminent, he may have time to dedicate his energies to a new project. His rare ability to simultaneously communicate both unfettered joie and real-world polish (case in point: His Ziegfield-themed Spring ’16 collection) makes him an ideal fit for Dior, whose founder was known for that very spirit. Watch this space for updates.

Guest of Ms. Guest: La Perla Parties on the UES

Raf Simons copied talented young designer named Angel Barta. He copied her designs for his last collection. Check out the original and the copy at styleangelique blogspot com