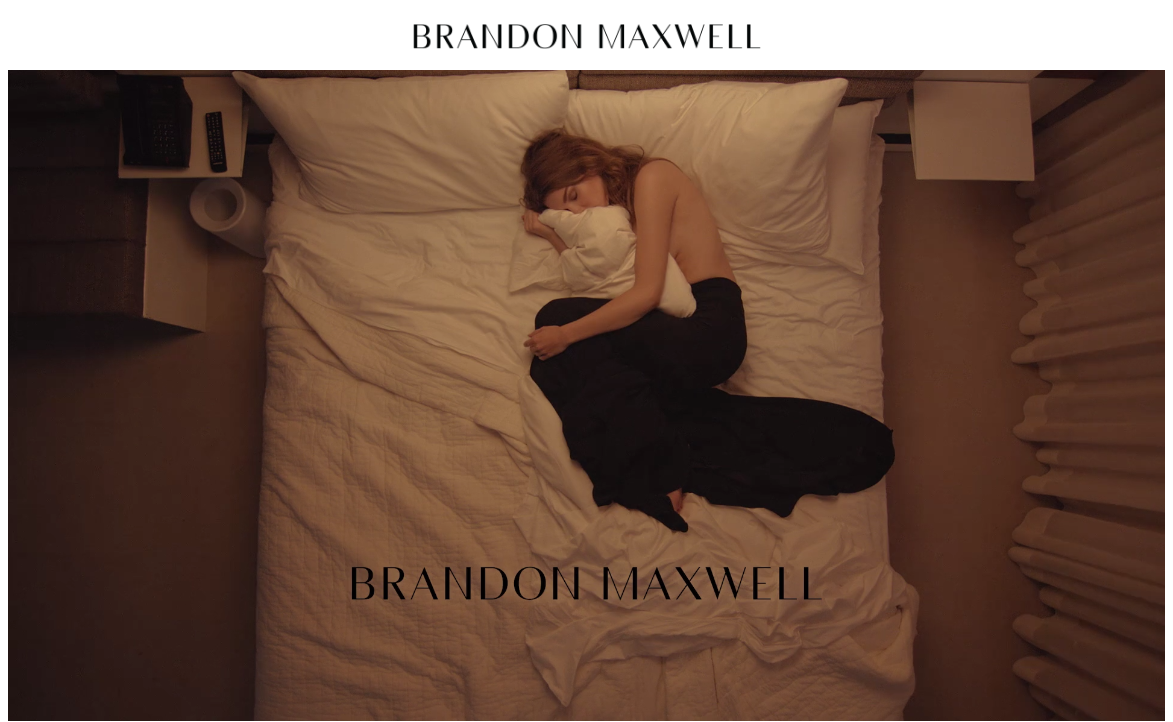 Get out your Kleenex! Brandon Maxwell has released one of the most touching campaign videos we’ve ever seen. The designer, known equally for his great sense of humor and kind demeanor as he is for his perfectly tailored designs, has unveiled a film he shot himself at the Top of the Standard in Manhattan. The film was directed by Maxwell and Jessy Price with executive production by theCollectiveShift, make-up by Tom Pecheux, and hair by Wesley O’Meara, and music by The Greatest Hoax. A series of models including Blanca Padilla, Herieth Paul, Leila Nda, Maria Borges, Ophelie Guillermand, and Riley Montana are seen sleeping in bed in Maxwell’s designs as a series of phone call recordings from his family and friends play in the background.

The emotional video juxtaposes Maxwell’s exhaustion from the hard work he has put into his ready-to-wear label, which he first launched in 2015, and features the beauty of sleep. In the background are a series of phone calls in a Southern drawl from the Texas native’s family calling both to congratulate him and express their concern for his well-being. “Call me and tell me about your every thought today and all your fun and scary moments and…everything…I just want to hear it all,” says a voice that appears to be his mother’s. “I’m so proud of you. It’s just like a dream. It’s crazy. Love you, bye.” Next is a call from his Papaw and Memaw (Southern terms of endearment for grandfather and grandmother) followed by another from a family member who had just left church but wanted to check up on Maxwell and make sure he was getting some sleep. The video ends with his mother calling to say, “What in the world is goin’ on with you that you cannot ever pick up the phone?” We’ve all heard that one before.

The video is moving, funny, and completely original and offers the viewer a glimpse into Maxwell’s life. Stay tuned for the campaign still images, which will be unveiled tomorrow. In the meantime, watch the video here.

Alexander McQueen’s Skin Is Being Used for Bags??