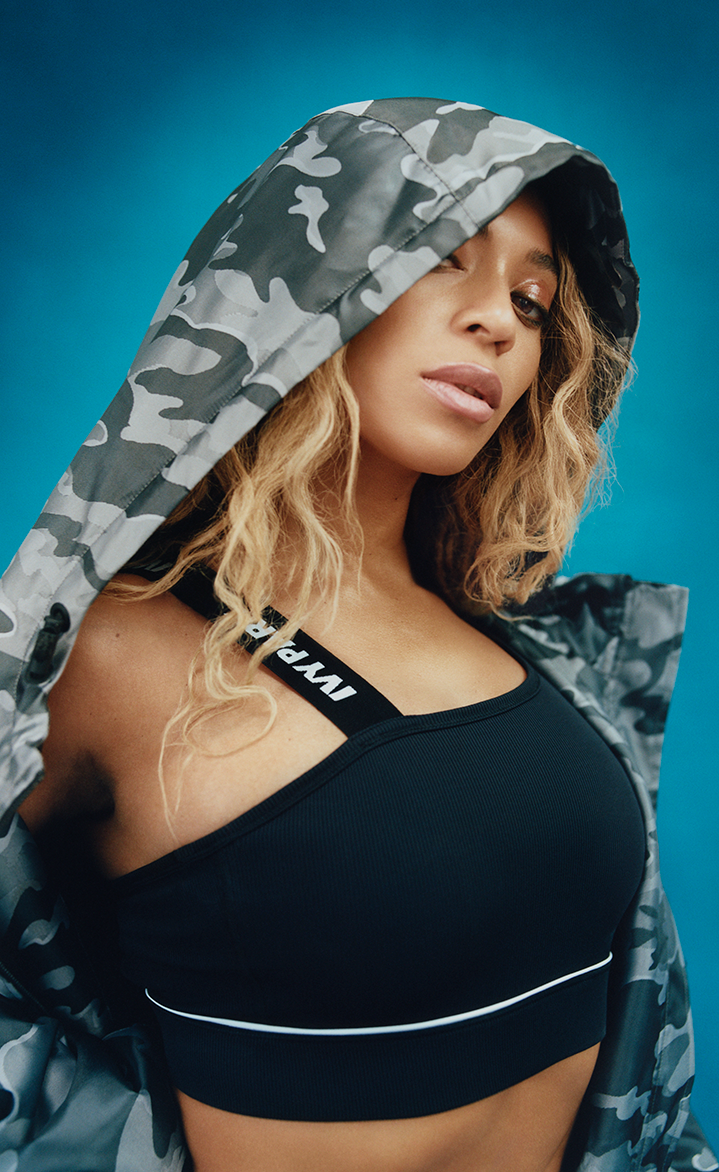 Beyoncé has officially released the second collection of her Ivy Park athleisure line for Fall 2016, showing that she has plans to continue to “run the world.” Queen B took to Instagram this afternoon to release campaign images and a video featuring the woman behind it all (herself!) in cutting-edge pieces from her latest range. “I stretch my body out like the horizon,” she says in the video. “I teach my body every day that I can go a little further. I know my body can learn to bend and not break. I know what it’s capable of—I’ve seen it perform miracles.” B’s husband Jay-Z and daughter Blue Ivy also appear in minute-long ad.

The collection features new asymmetrical silhouettes, graphic logos, box-shaped hoodies and T-shirts, and menswear-inspired joggers and sweats, to name a few. The fall range also introduces denim—inspired by street styling—a cool camouflage pattern, and her signature monochromatic designs. You can shop Ivy Park at Nordstrom, Topshop, Selfridges and Net-a-Porter. The line ranges from $25 to $200.