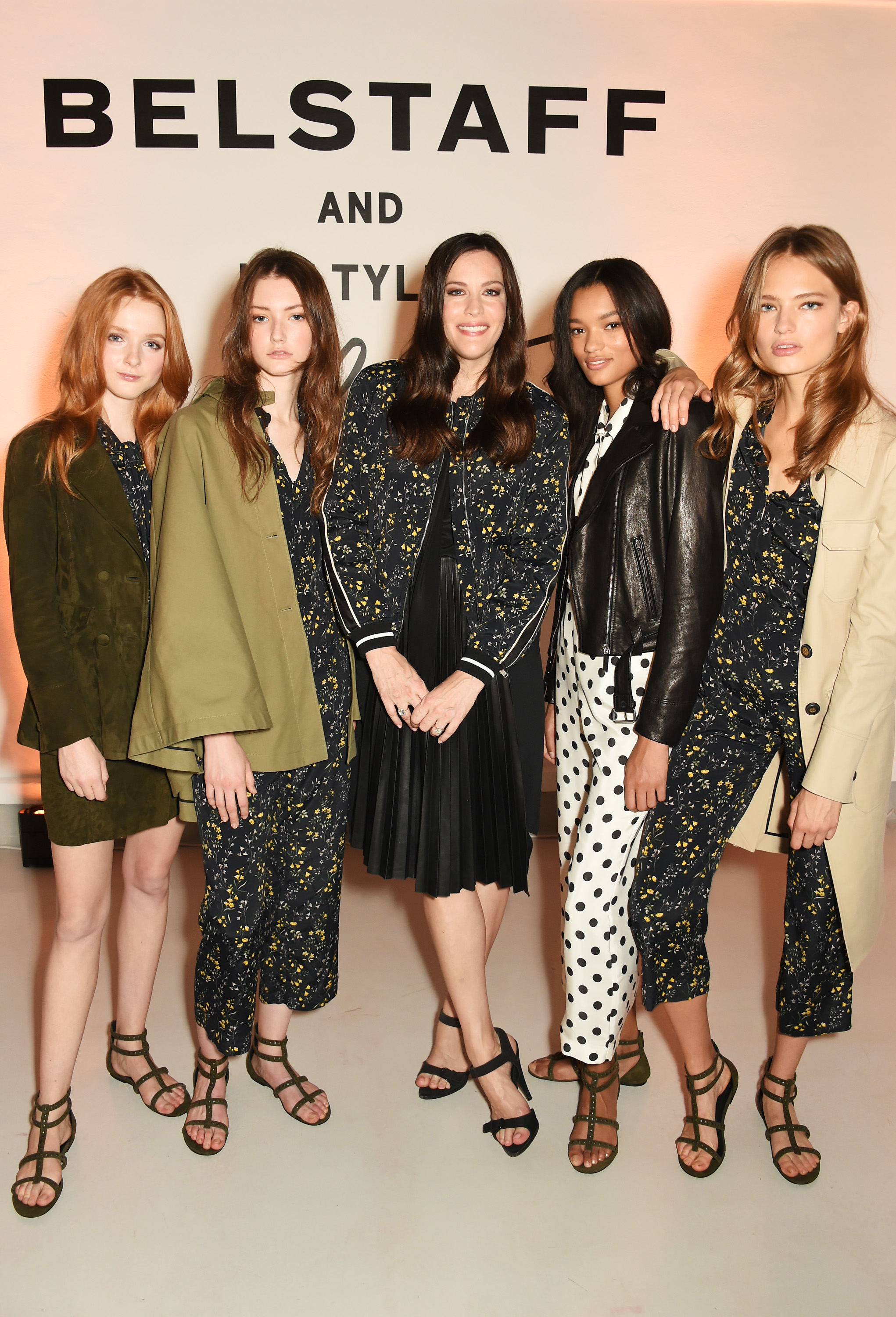 This weekend, Belstaff and brand ambassador Liv Tyler celebrated their second capsule collection for Spring/Summer 2017 at London Fashion Week at Victoria House in Bloomsbury Square. The collection celebrates English countryside vibes circa late ’60s and early ’70s, as well as the rock ‘n roll figures that were drawn to it at the time. Free-spirited women of the era like Anita Pallenberg, Marianne Faithfull and Patti Boyd influenced the shapes and silhouettes, acting as references for the collection. “I wanted to tap into the spirit of those women at that time, combining it with my love of Belstaff’s military archive pieces, yet done in my way,” said Tyler on the collection. The military influence is seen via a four-pocket trench coat in olive and sand and a cotton olive cape, as well as a stripped knit and cropped regalia jacket, where military buttons are used in both. A combination of Tyler’s signature taste and Belstaff’s style join forces in an impressive, cohesive way once again.

attends as Belstaff and Liv Tyler launch the Spring Summer 17 collection during London Fashion Week at Victoria House on September 18, 2016 in London, England.

attends as Belstaff and Liv Tyler launch the Spring Summer 17 collection during London Fashion Week at Victoria House on September 18, 2016 in London, England.

This Is, Hands Down, the Best Accessory...