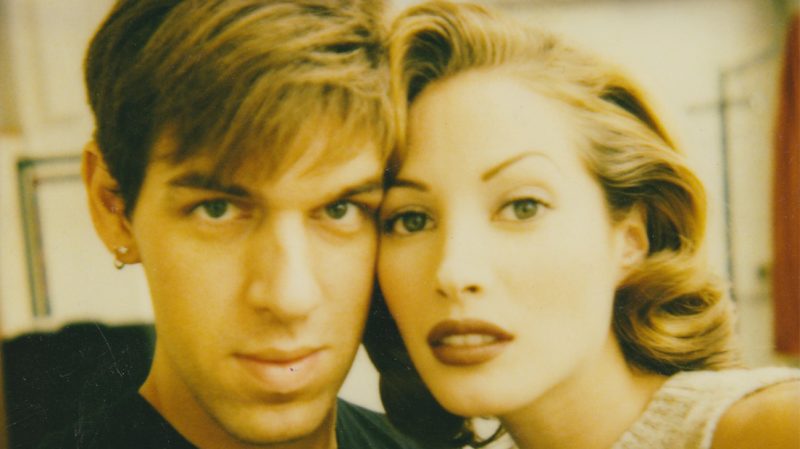 In this age of Instagram makeup and the omnipresent beauty influencer, it’s hard to imagine a time when there were only a handful of high-profile beauty experts. That was the case in the ‘80s and 90’s, when legendary makeup artist Kevyn Aucoin rose to fame, quickly becoming the most sought-after name in the fashion industry.  During his iconic reign, Aucoin was the go-to for virtually every celebrity and big-name supermodel on the planet. Think Cher, Gwyneth Paltrow, Whitney Houston, Janet Jackson, Naomi Campbell, Cindy Crawford, and Kate Moss (just to name a few). Aucoin’s untimely death in 2002 left the fashion world breathless and utterly heartbroken. Now, 15 years later, a new documentary explores the makeup artist’s beautiful yet complicated life, and the inspiring legacy he left behind. Larger Than Life: The Kevyn Aucoin Story will premiere this weekend at the 25th Hamptons International Film Festival. We sat down with the film’s director, Tiffany Bartok, to talk about the process of creating the doc.

You have an interesting background as both an actress and makeup artist yourself. How did you get into film?
I met my husband on the set of a film. He was an actor and I was the makeup artist. From the time we met, we were making films together. He was writing and directing, while I was producing. For me, acting quickly fell by the wayside, as I loved being behind the camera so much more. These days, my time is split between makeup and filmmaking. I love that the Kevyn Aucoin project is a marriage of my two passions.

Kevyn was a legendary makeup artist and remains an industry icon. His story will always be relevant, but why tell it now?
I was in a production meeting for a separate project and we started talking about the “Instagram makeup artist” phenomenon. I mentioned Kevyn Aucoin and a younger girl in the room looked at me puzzled. She hadn’t seen Kevyn’s work or read any of his books…she hadn’t even heard of him. I suddenly realized it was time to bring Kevyn Aucoin to the forefront. The new generation of people interested in beauty had to know his story. Immediately after that meeting, I began poring through my collection of Kevyn’s books, and I realized just how timeless he is.

Did you have a personal relationship with Kevyn?
I didn’t. But I did have the opportunity to meet him once because my best friend worked for Sex and The City. [Aucoin made a cameo appearance in Season 4.] She knew how much I admired Kevyn and gave me a heads up he’d be on set. I waited on set all day until my friend ushered me over to Kevyn, who was in the middle of doing Sarah Jessica Parker’s makeup. It was literally a dream come true to meet him and I made every effort to not completely lose it! Kevyn stopped what he was doing, graciously thanked me for my appreciation, and began asking me questions about myself. I will never forget that moment.

Can you tell me about the process of actually creating the film? Were there any highlights?
Making the film spanned four years. It was an incredibly emotional, challenging, rewarding, and terrifying experience. I couldn’t begin to list all the highlights but I will say that every day working on this film was a gift. My life has been “all Kevyn, all the time” for the last several years and I am unbelievably lucky for that.

You interviewed countless actors, musicians, designers, supermodels, and industry bigwigs for this film, as well as key member’s of Kevyn’s family. Was it challenging to get everyone on board?
Not at all. Everyone was eager to show up for Kevyn. He was infectious, hilarious, intelligent, and completely unique. The stars jumped at the chance to talk about him. Kevyn brought out the beauty in those he touched and he made each person feel special, like they were the only ones in the room. That is rare. The greatest challenge with this project was the short amount of time I had to share all of the beautiful and fascinating things people said about Kevyn. It deserves to be a series, or at least a longer film.

How did you get your hands on the archival footage? Did you find anything that was particularly surprising or incredible?
Friends of mine had videos and photos of Kevyn that they were willing to share. Kevyn documented every single day of his life. He was obsessive about it and if you were near him, you were almost expected to be part of it. I think the behind-the-scenes footage of Tina Turner shooting the Hanes commercial is special to me because Kevyn was just having so much fun. All the archival footage in the film is incredible. Seeing Orlando Pita and Kevyn working together was just breathtaking. It’s impossible to say which footage moved me most.

The beauty world is so much different now than it was 15 years ago, when Kevyn passed. What do you think he’d make of it all? The YouTube beauty stars, Instagram makeup, and “the age of the influencer”?
I ask myself this a lot. One reason I want people to know Kevyn Aucoin and to hear his story now is so they can realize that he started this. Kevyn was the OG of social media before it even existed. His column in Allure was basically a collection of Instagram posts. I know if he were here now, he’d be voicing his political views right alongside his work and sharing selfies. Most of all, I think he would love to see people using the lessons from his books to create looks themselves.

What can young makeup artists, who may not be familiar with Kevyn and his work, learn from this story?
There is a place for you. There is a place that accepts you, that loves you, and that values you. Find that place. Don’t let anyone tell you that you aren’t good enough or that you don’t belong. If you want something, go right up to where it is and ask for it. I hope that’s the message of this film.

What impact do you hope the film will have?
I want this film to heal and connect the people Kevyn left behind. Beyond that, I want Kevyn’s story to reach out and find people who are hiding—those who may not think they can win with their talents. They can. Everyone deserves to be seen. I want this film to show people that there is beauty in every flaw…physical flaws, as well as emotional flaws.

Watch an exclusive clip from the film, below!