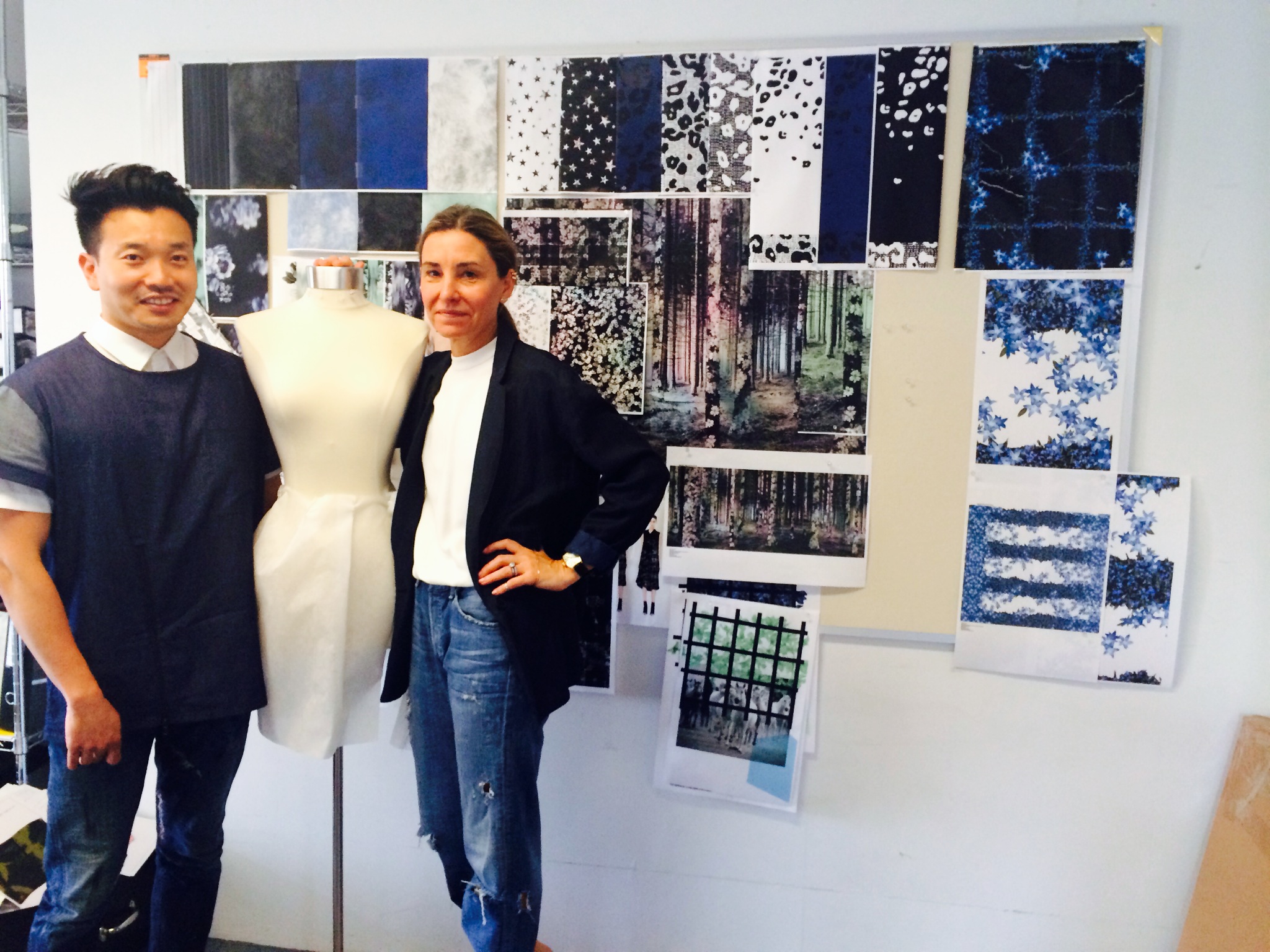 For this week’s dose of Assistant Files intel, your Daily is reporting from Tibi’s chic design studio. Working alongside founder Amy Smilovic is associate designer Hyoung Kim, who deals with the behind-the-seams details that make the label’s laidback threads just so covetable. Seeing as his big boss is rather independent, South Korean-born Kim focuses his attention on other design elements, from creating sample prototypes to perfecting the fit of a dress, down to the last eighth of a quarter of an inch.
BY DENA SILVER

So, what’s your story?
Growing up in South Korea, my mom was a pattern maker, but she didn’t want me to do anything in fashion. I decided to study mathematics and I also attended programming school. Where I’m from, going into the army is mandatory and while I was there, for two and a half years, I really thought about my life and whether I wanted to continue mathematics or flip my life and come to America. I decided I wanted to come here and start my career in fashion. So eight or nine years ago I moved here, and I eventually enrolled in FIT to study fashion design.

Does your earlier mathematics training help with your current design process?
It really does, especially when it comes to making patterns. I also process the data about the clothes into the system, so our factory in China has all the details when they receive our samples. A lot of other designers don’t know how to do that, but I’m pretty comfortable with all that because of my computer programming background.

Before you arrived at Tibi, did you have any internships?
I interned at Catherine Malandrino, Jill Stuart, and Narciso Rodriguez.

How did you get the Tibi gig?
I interned here for a very short time here. I think they just wanted to see what my work was like and test to see if I could work with them or not. And then they hired me!

What was your first day like here?
I was so nervous and I thought I wouldn’t know what to do. When I opened the computer system they were trying to teach me, I was like ‘Oh I know this program!’ And from there it was kind of easy.

What are your daily tasks here?
I come to work in the morning at like 8 or 8:30 in the morning, I go over some samples, talk to the team about the day’s work. My tasks are to oversee the samples, because the process is much more than just making a sketch and turning it into a design. The design team picks apart what detail we might have missed on a sample or what we need to know before we cut a pattern, so I also do market and trend research. Sometimes, I’m allowed to design.

How does a sample get made?
The designer creates a sketch, and passes it on to the pattern maker, who makes the pattern. Then we cut the fabric, put it through the machine, and then we have the first sample prototype! After [Amy] reviews how we feel about the style, we then pass the sample on to a tech designer, and once that’s done we fit it on a model a couple of times. When we think it’s good enough, we send it to the factory in China.

How many designers are on your team?
We have four designers for apparel; we all work as a team.

What happens during a fitting?
Each fitting takes a very long time. We do the top and bottom parts of the dress differently, so sometimes it can take all day. And sometimes the piece will need such a small change, like an eighth of a quarter inch; but that difference is what makes for a perfect fit.

What’s your favorite part of the job?
That I can see everything that goes during the making of a piece of clothing. A lot of my friends who are designers just sketch a piece and don’t see the samples until a month or two later. That means they can’t control what’s happening in the factory. Since we have a sample room here, it has allowed me to learn a lot about the process that happens as my sketches turn into clothes.

How does the aesthetic here compare to other designers you’ve worked for?
It’s very different, because at Narciso, the design process was computerized. But at this company, we love sketching by hand.

What are the first few steps when it comes to starting to design a collection?
It’s so important to know what’s going on outside the studio: what people are wearing and what they want to buy.

How do you figure that out?
I was a personal shopper for a long time, so basically shopping was my profession. From that I learned to go to stores on Madison and Fifth Avenue just to see what people are buying. I usually don’t buy anything on those shopping trips, but if I see something I really like or if I think it would be good inspiration, I’ll buy it to bring into the studio.

Where does Amy find inspiration?
Amy’s inspirations always start from really tiny things, like a picture or a random idea, and it will build up with research. Then the design team shares ideas to make the story better for the collection.

What are the days before Fashion Week like?
We’re not working super late the night before our show, because by then the collection is pretty much done by then. The day of, we’re all backstage trying to help the models into their shoes.

Do you ever have to pull late nights at the Tibi studio?
We’re very organized here! I was very surprised to discover that, because I know of a couple of companies who have flipped their entire collection the night before fashion week. We only make very basic changes the night before a show.

How many of your designs make it into each collection?
I design a lot, but sometimes we save our designs for the next year or next collection, where it fits better.

What does it feel like when you see someone wearing a piece you designed?
It’s like my baby! I went to South Carolina last week and I actually went into a store to see if they carried Tibi and I was so excited to see it there, I took pictures.

Do you have any Tibi clothing in your closet?
No, but I make sure my friends wear Tibi when we all go out!

How has this job influenced how you dress?
I dress like our company aesthetic: kind of easy and relaxed, but still fashion-forward. I describe it as comfortable with style.

What’s Amy like as a boss?
She’s very independent! Also, some head designers only want to see designs from the higher-ups, but Amy is open-minded. She really wants to see everyone’s work. One time I design a piece, and Amy tried it on and sent a nice email saying how much she liked it.

What is the most rewarding part about your job?
When I go out and see a girl in a Tibi dress.

Would you ever want to own your own fashion brand?
Not right now, but maybe in five years I will!

If you weren’t a designer, what would you be doing?
A mathematics teacher.