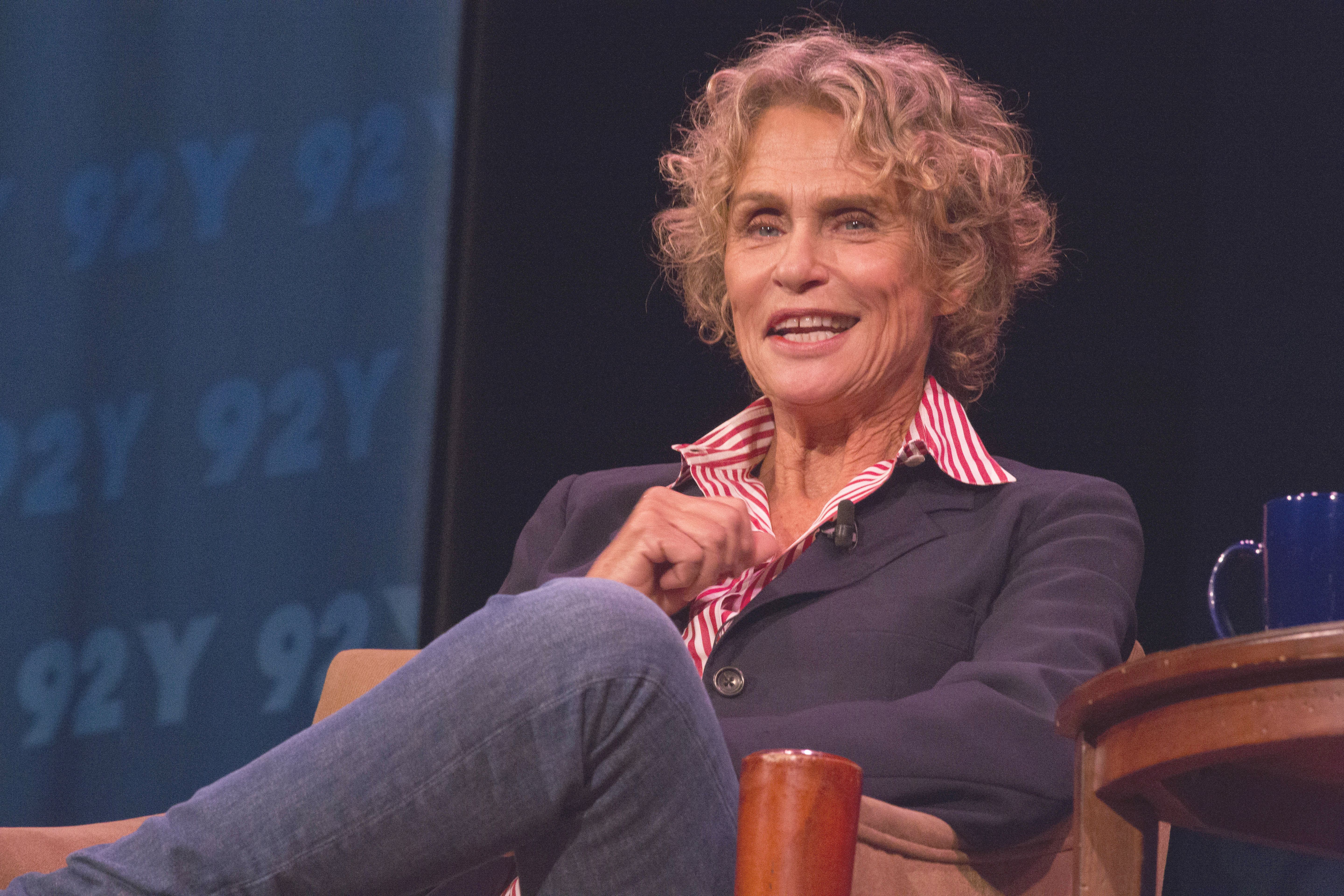 Last night the Upper East Side was struck by Lauren Hutton’s natural beauty and freewheeling spirit, as the supermodel sat down for an interview with Fern Mallis at the 92Y. Opening this segment of the “Fashion Icons” series, the hostess introduced Hutton as “the world’s first supermodel – although she doesn’t like labels – redefining beauty with her tomboy style, all-American tan freckled face, famous gap teeth, great body, and captivating smile.” Hutton took us on a journey all the way back to her early days wrestling snakes in the muddy swamps of Tampa, Florida, plus everything in between…
BY SAMANTHA COHEN

On being a Southern belle: “I remember watching my mom wear a big dress, with a face full of makeup and high heels as she vacuumed and cleaned the house. I would always wonder why she did that, but that’s what the women had to do back then- they couldn’t be independent and have jobs.”

Her childhood hangout: “I used to wrestle snakes in the swamps; it was hard to tell the good ones from the poisonous ones, because the good ones would imitate the bad ones to feel superior.”

Enrolling in USC: Hutton worked as a model for her art class and a waitress, to pay for her own food and transportation. “I remember posing for my art class on a table and there was a big circle of students around me painting. I wore a bikini, because we couldn’t be nude since it was a University.”

Becoming a Bunny: Hutton became a Lunch Bunny at the Playboy Mansion after dropping out of school. She explained, “If one good thing came out of the experience, it is that I changed my name. There were already three other bunnies named Mary and I had to think of a different name. I came up with Lauren after my dad who was named Laurence; so I chose my name based off the great Laurence Hutton.”

Moving to New York City: “I came to New York with $200 in my pocket for two reasons: LSD, and to get to Africa.”

Finding herself alone in the Big Apple: After her Africa plans fizzled out, Hutton was alone in the unfamiliar terrain of NYC. She remembered she knew a friend that lived in the city. “I shoved my big suitcases into a telephone booth and made the call. My friend told me to come right over.”

Finding a job: “I sat down with my friend’s boyfriend, Arnie, and looked at the paper to find a job. We saw an ad for a Christian Dior model and it read experience needed. I told him I didn’t have any experience and he said of course you do; just find out what they’re looking for and tell them what they want to hear.”

First wave of rejection: The casting was held at a small showroom where Hutton explains “there was a woman standing there watching each girl walk and I heard someone say no, so I said I will work for anything. She looked up fast and said 50 dollars? I said yes, and got the job.”

Lauren’s light bulb moment: Hutton used to flip through magazines with her model friend, Amanda, who would always ask her to go on a double date with one of her boyfriend’s friends. After being tired of Hutton telling her no, Amanda made a snarky remark: “Those models make more in one hour than you make in a week.” Hutton exclaimed “we were sitting in front of a mirror and I looked up and could almost see the light bulb in my mind going off; it was really quite wonderful.”

Making a change: After her big revelation, she began auditioning for different modeling agencies, but had no luck and was rejected by everyone. “I would listen to their critiques and make the changes that they would say like lose 10 pounds.”

First big break: By the time Hutton reached the audition with Eileen Ford she had learned what the agencies were looking for and made the necessary changes. Her hard work paid off and she was signed with Eileen Ford.

On her gap teeth: She said, “Eileen insisted that I have my nose fixed and teeth capped and I promised that I would when I had the money, but I knew it would take a long time.”

Transitioning to Vogue: Hutton heard about a job at Vogue and jumped on the opportunity, even though it was just running the clothes to the models. Surrounded by the industry’s top fashion editors, Hutton called then-EIC Diana Vreeland an “extraordinary woman.”

The Fateful Moment: “I tried to keep out of there way, sitting on a window seat watching the editors judge each model taking Vreeland’s cue. Until all of the sudden she pointed to me and said you have a strong presence.” Hutton, who was illiterate until the age of 14, did not even know what the word presence meant and said, “So do you.” Making the stern editor laugh, Vreeland told her to stay after, as she called photographer Richard Avedon and said let’s do 12 pages.

Her very first shoot, recalled: During the first shoot, Hutton explains, “I was imitating the European models doing things that I didn’t know how to do.”