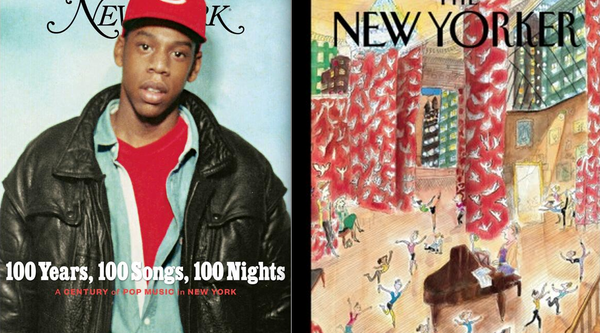 (NEW YORK) This year’s slew of nominations for the National Magazine Awards, aka the Ellies, rolled out today, and it looks like New York is poised for a win (or a few) yet again this year. The Adam Moss-helmed title racked up nine nominations, while The New Yorker, Wired, and National Geographic got six noms apiece. On the chic foodie front, Bon Appetit scored five nods, while GQ got a quartet of nominations. Finalists for the big-ticket category, Magazine Of The Year, were released a week earlier than usual this year, and the titles gunning for the top win this year are: The Atlantic, Bon Appétit, Esquire, Fast Company and New York. Surprisingly, ELLE was absent from the nom game entirely, while Vogue got just one nod in the Photography category.

Inaugural NMA finalists this year include The Hollywood Reporter, Pacific Standard, and Modern Farmer. In the Style and Design category, glossies that made the final cut are: Harper’s Bazaar, W, Bon Appétit, Garden & Gun, and AFAR. Finalists for the Service and Lifestyle category are: Essence, Glamour, Martha Stewart Living, Real Simple and Sunset. By publishing house, Condé Nast came out on top, with 30 nominations; Time Inc. accrued nine noms, Hearst lured in seven nods, and Rodale racked up four. The winners will be announced on May 1, at the National Magazine Awards dinner at the Marriott Marquis.

DailyCandy Will Shutter Next Week