Legendary Photographer Arthur Elgort Knows How To Give A Good Interview 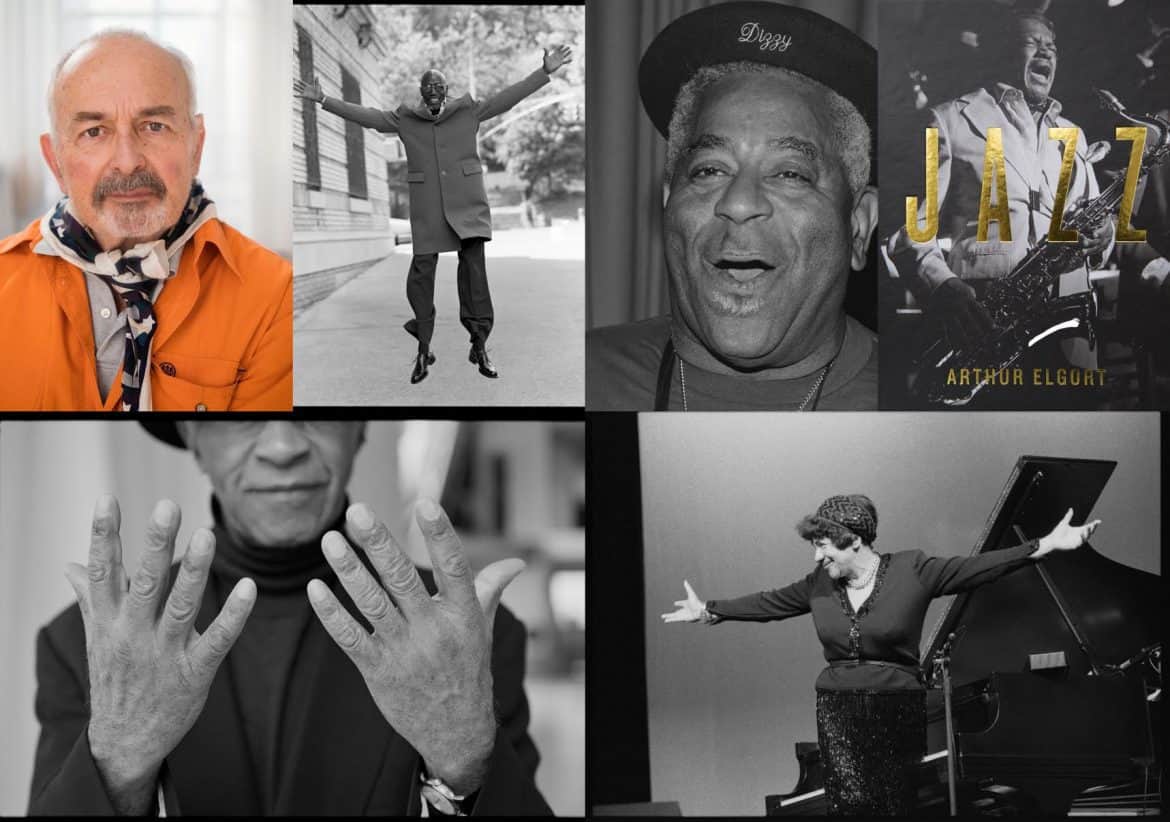 In between shooting some of the most recognizable faces in fashion, legendary photographer Arthur Elgort (yes, Ansel’s father!) has been keeping busy shooting his other passion: jazz. He’s finally put decades of photos of some of the most renowned jazz musicians into a photo book aptly called Jazz. Still as active and witty as ever at 78, he took some time out of his day to fill us in on his latest project.

Thanks for doing this interview!
You ask the questions and I’ll answer them.

Exactly. I’ll do my best. How did the book come together?
It’s pictures that I’ve taken over the years of jazz artists. I did pictures [of jazz musicians] for Mademoiselle and The New Yorker and then I went on this boat trip a few times called the SS Norway, which was a jazz festival. Everybody kind of knew I was a jazz man. I had a box called “Jazz” in my studio of prints and I finally had enough [photographs] to make a book. I was lucky enough to find Damiani to publish it. You don’t make any money from jazz. It’s like ballet, you don’t make any money, you do it for the love of it and getting published.  The last jazz photography book I could find came out ten years ago by Lee Friedlander.

When did you start shooting jazz musicians?
When I worked for Mademoiselle, which has been dead for quite a while. I would say maybe 1980s, late 70s.  I still collect jazz records. I have big records and small records called CDs.  Now everybody wants records to be big [size] again, right? My son [Ansel Elgort] is coming out with an album and it’s gotta be big. [Vinyl] No more CDs.

What is it about shooting jazz musicians that you like?
They’re very loose, meaning they love to be photographed, and they dress well. You know they’re not sloppy. Rock musicians are more sloppy. 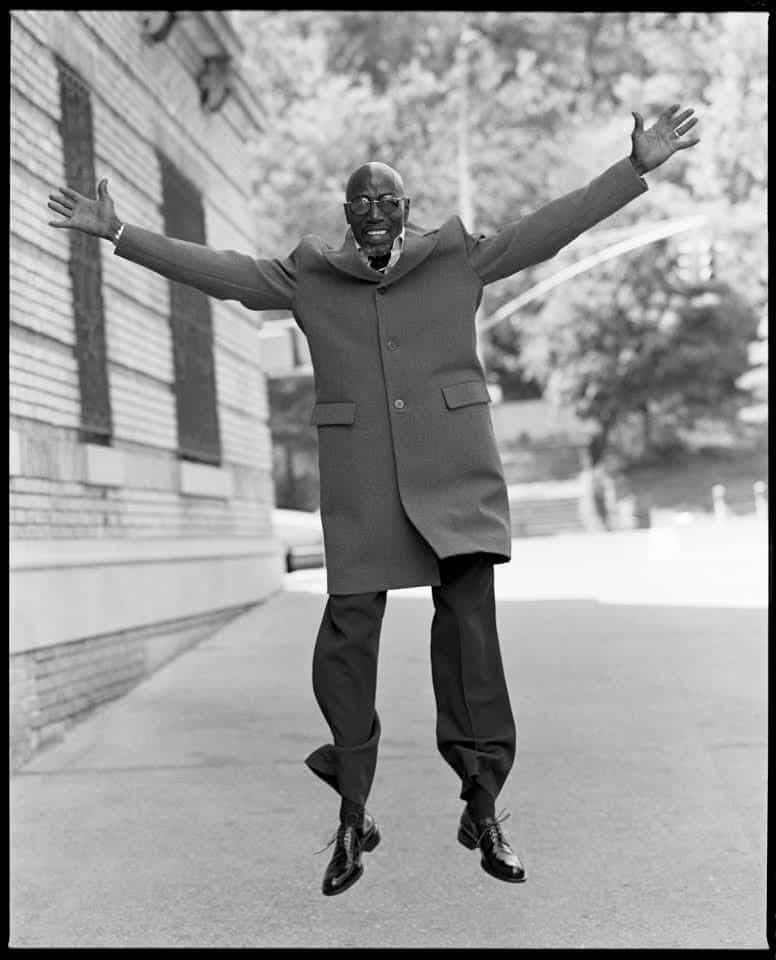 Interesting!
I think so. They just like to be snappy and good looking, you know?  I dress up once in while ’cause I have to, but not because I want to.

You shot Dizzy Gillespie! What was that like?
Well he was on the ship, the Norway, and was a friend of Hank O’Neal, the jazz musician.  I met Dizzy and I knew he liked women better than men so I had two models with me to meet him. We knew where Dizzy was because we knew the room numbers so we just knocked on his door and he saw Jenny Howard and he said, “Come in.” And he said, “Oh you want pictures of me and Jenny?” He goes, “I’m going to the gambling place, so Jenny will bring me luck and you will take a few pictures and then get lost cause I’d rather have Jenny around, not you.” I said “No problem!” Dizzy was a riot and a good player, too. 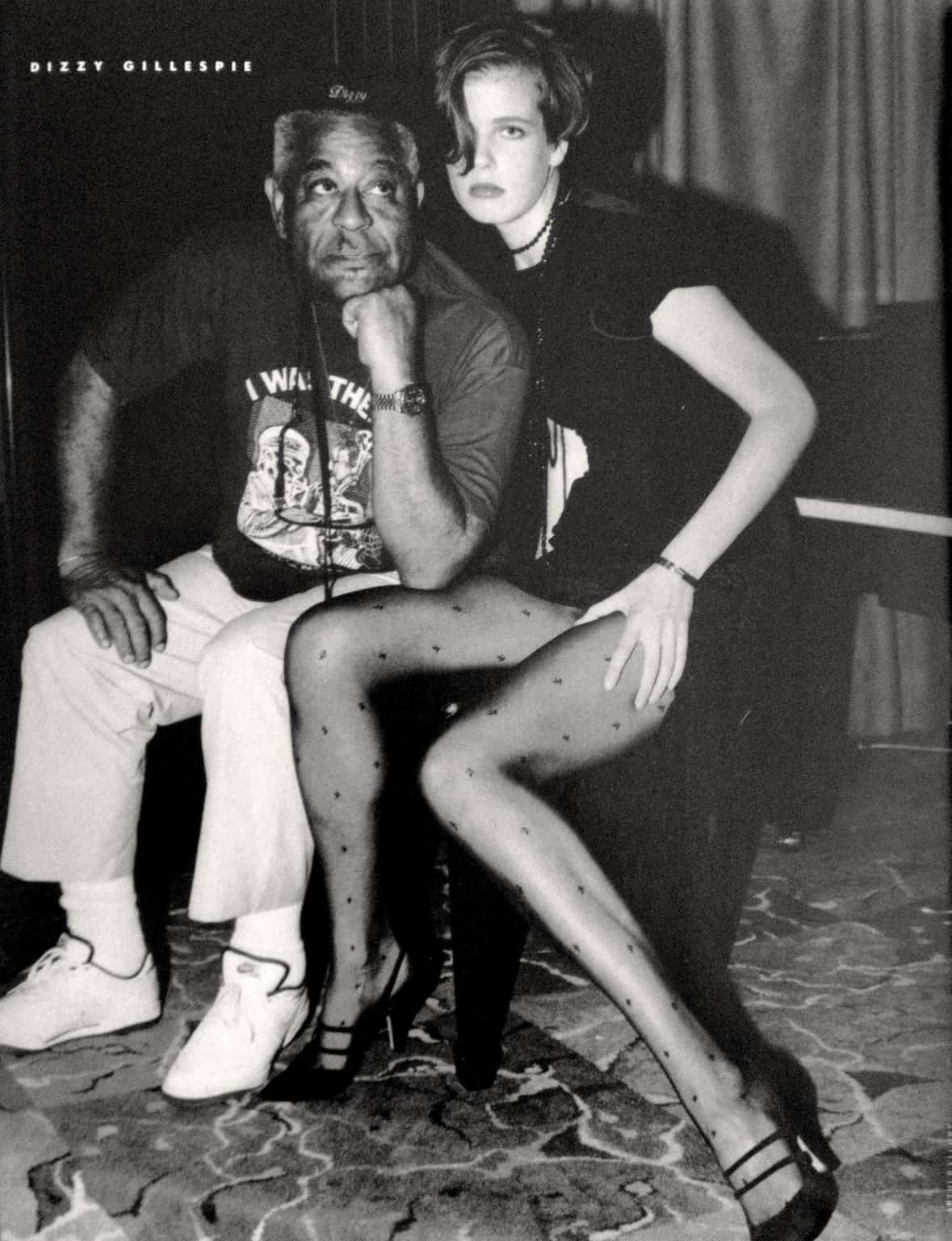 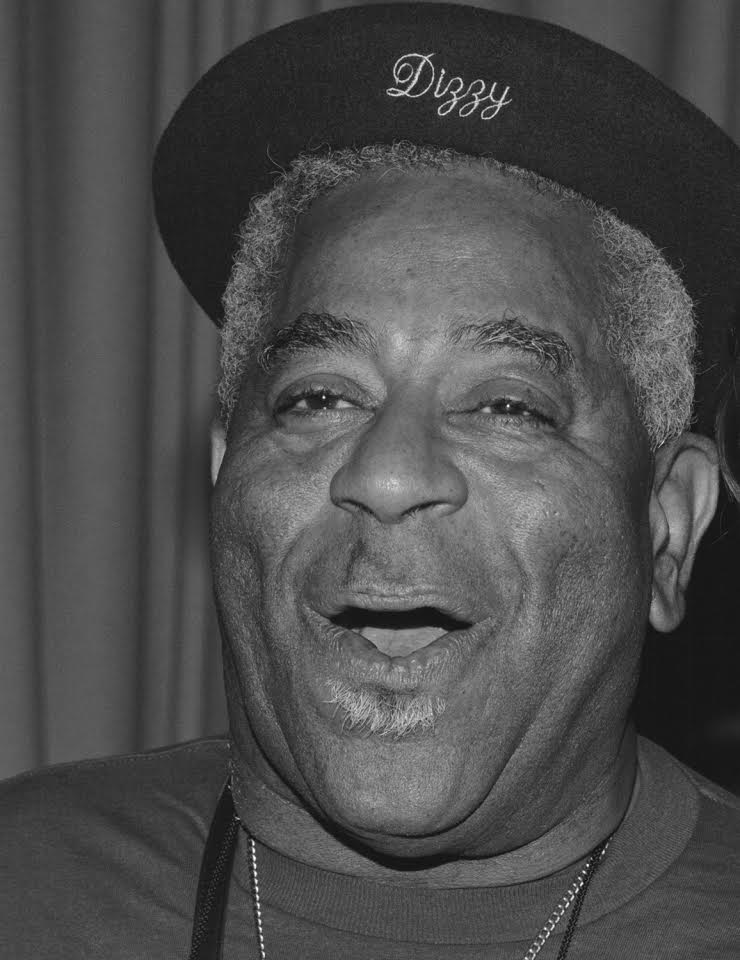 You mentioned  you shot jazz artists for fashion magazines like Mademoiselle. Why do you think the magazine world stopped having you shoot jazz musicians?
I have no idea. I’m not the boss. You call Anna Wintour, maybe she would know. You probably know her well, tell her about it.

Do you still go out and watch jazz live?
No, I listen on records mainly.

Why don’t you go to watch it?
I’m not a night man. I would say I’m dead at ten o’clock.  I don’t go out that much anymore.

You were recently honored by Hunter College with an honorary doctorate degree. How did that feel?
I felt very good about it. First of all, I went to Hunter, so they didn’t give it to a guy from Princeton, for example, because they have in the past, and I said “You have enough guys here who are good, you should always give it to Hunter [alumni].” I paid $24 a term for that school. It was a great school.

What your favorite thing to talk about when you’re asked questions?
Probably girls. I like girls better than men by the way

You sound like Dizzy Gillespie
More or less. If I feel a good mood, I like to shoot a girl.

I saw you shot with British Vogue recently, what do you think of the generation of models today?
I think they’re all good. For example, Karlie is as good as anybody I know. But I knew Christy, I knew Kate Moss. I met them when they were new models.

Do you keep in touch with any of them?
A few. Jenny Howarth, Susan Hess, Joan Severence, Christy Turlington, Claudia Schiffer…

Your daughter Sophie is friend of mine.
Oh, good! She’s a very good daughter, nothing to complain about.  Not only that, sometimes she’s better than me I think.

That’s sweet.
She’s been in my studio for years, she used to come here when she was two years old and I would give her a camera. She was always into it and not only that… she’s a good salesman.

You must also be very proud of Ansel’s success.
I knew it when he was ten years old. I said, I know I’m making this up, but I think he’s gonna be a big star. Then he went to ballet school, right, he went to the city ballet, his teacher there said, “Can I say something to you Ansel? You’re never gonna be a big ballerina, but you’re gonna be a star instead.” Because he has the voice, he has the height, he’s like 6’4, and he’s such nice a guy. I don’t know where that came from, probably my wife. He’s just a wonderful person, so I was very lucky with kids. 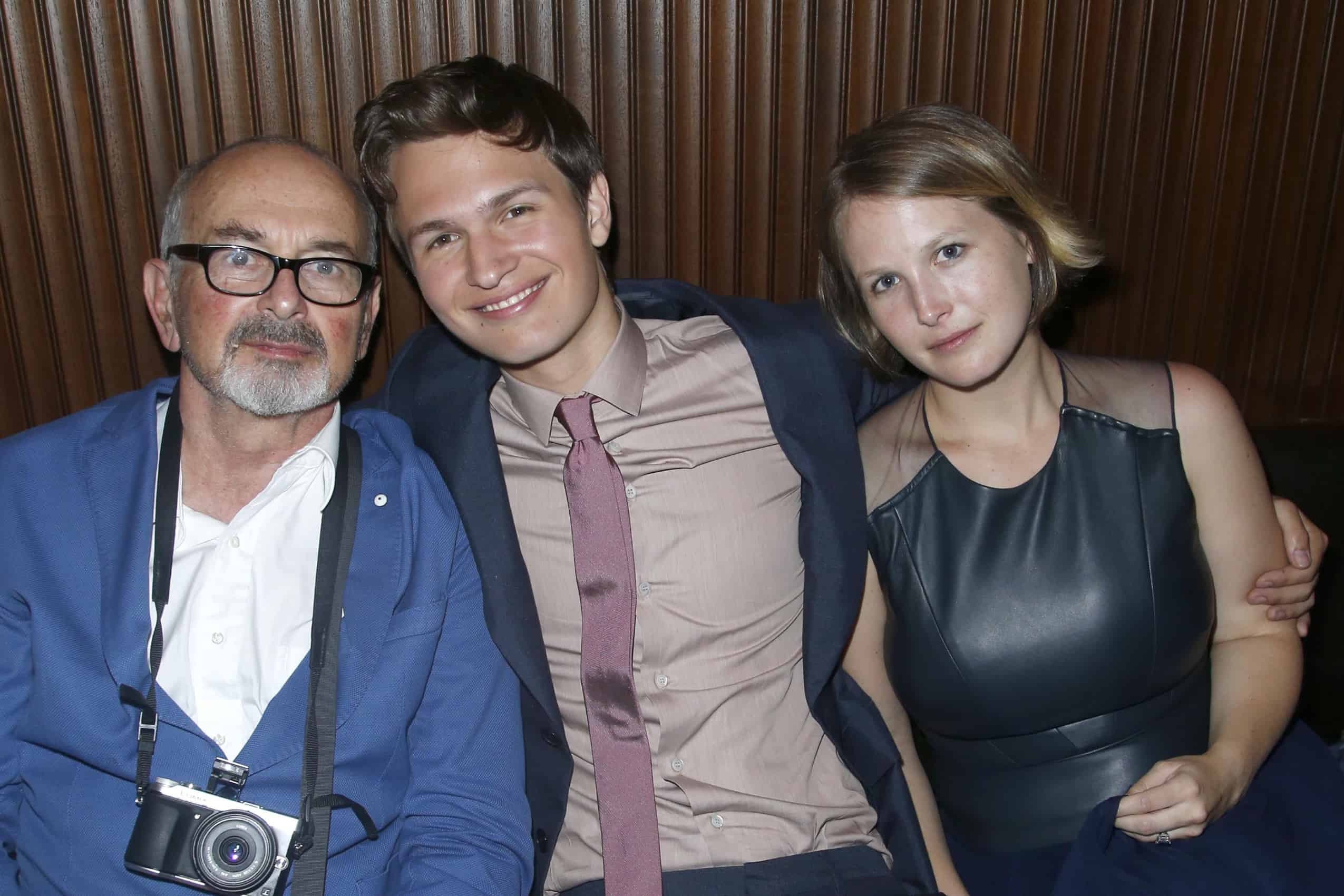 Getting back to the book, were there any jazz musicians that you were intimidated to shoot?
No. I never photographed Miles Davis… maybe I would of have been intimidated, maybe.

Do you have a favorite jazz musician?
Who’s alive or dead?

Both.
Louis Armstrong is one of them and Sidney Bechet, who I never photographed but I have all his records.

I understand you play. How are you as an artist?
Bad, bad. I wouldn’t buy any of my stuff, I just enjoy it, you know what I mean? I mean, I’m bad.

What instrument do you play?
I play the trumpet and the clarinet, and I play them bad.

You’re very funny. Do you ever think that you’re gonna retire?
I’ll retire when I’m dead. I enjoy it so much, why retire? 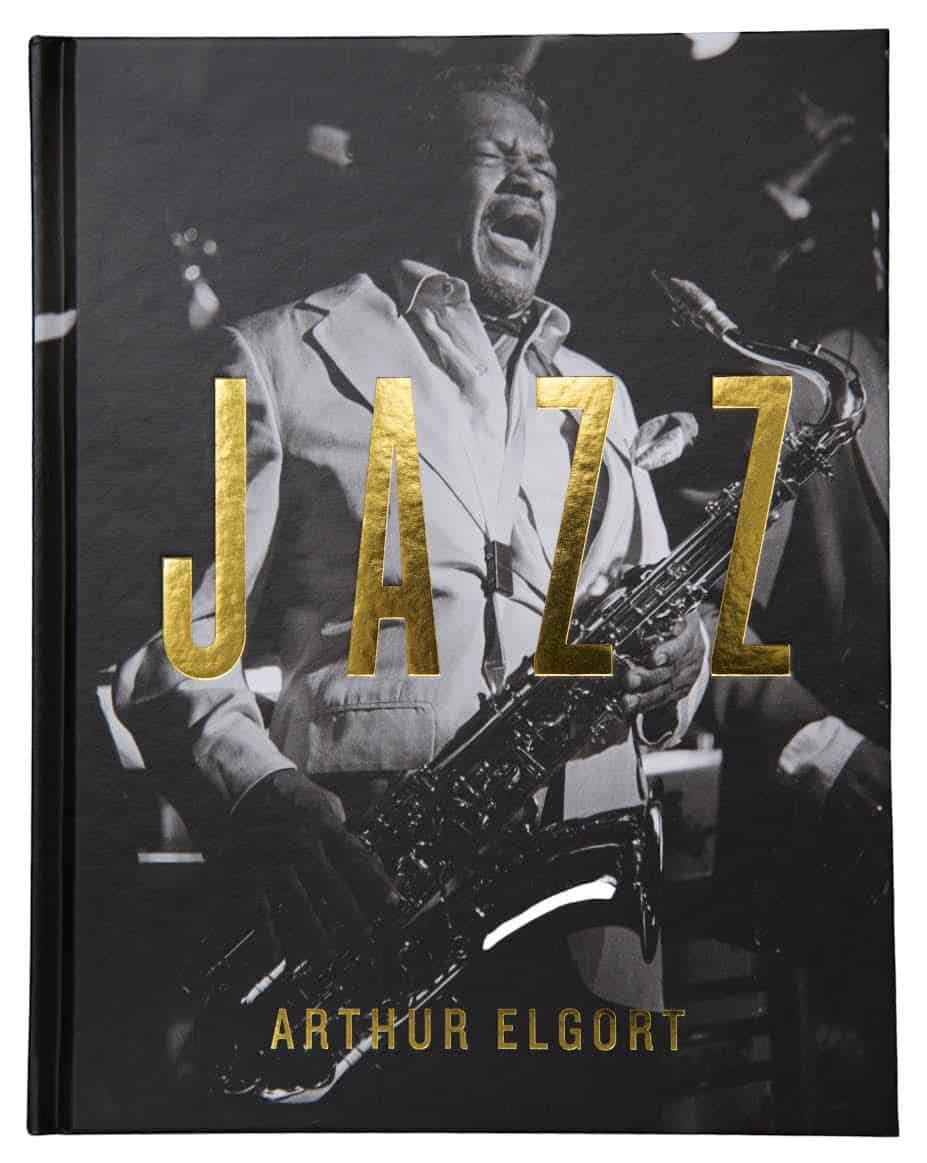