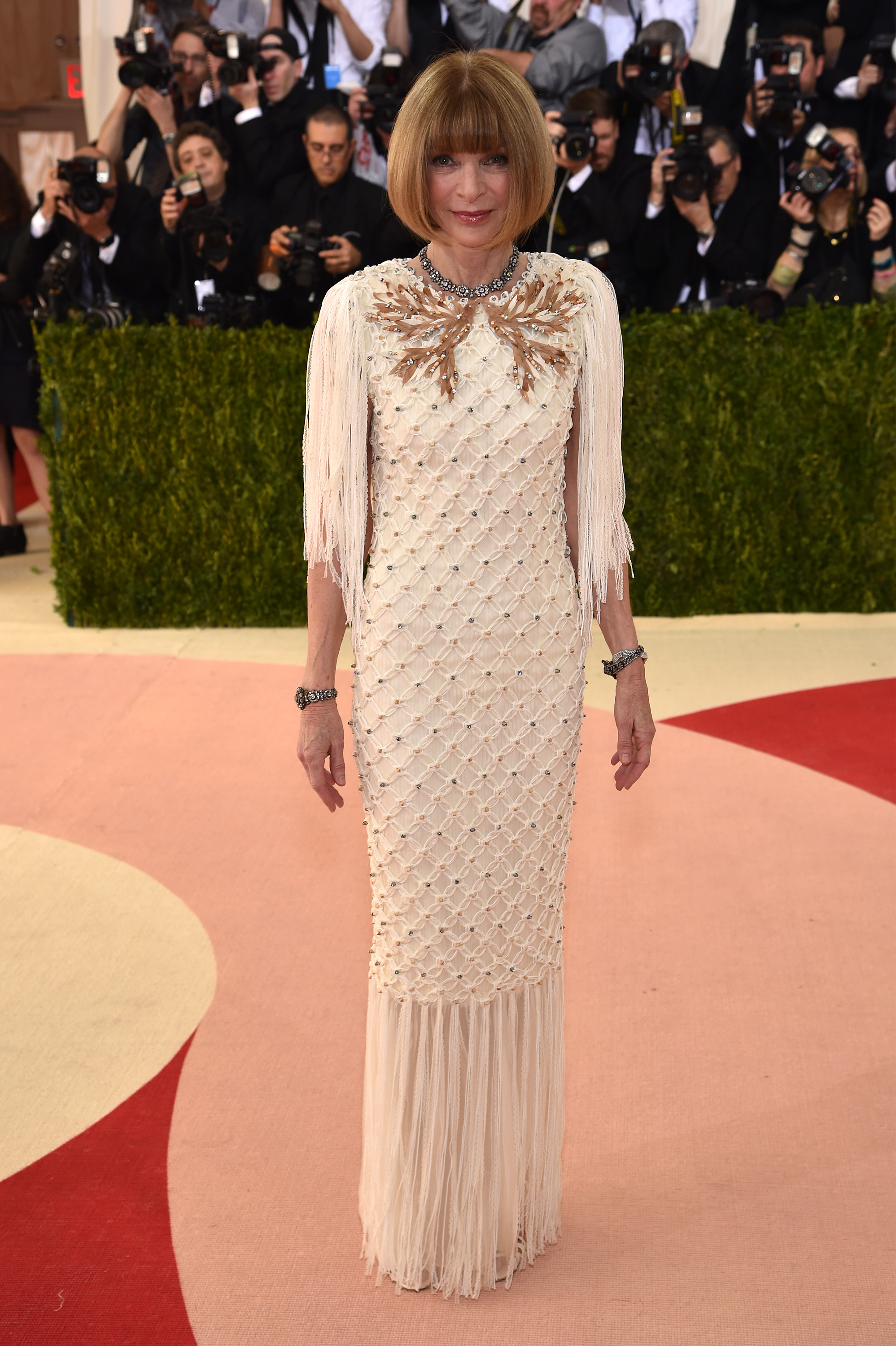 NEW YORK, NY - MAY 02: Anna Wintour attends the "Manus x Machina: Fashion In An Age Of Technology" Costume Institute Gala at Metropolitan Museum of Art on May 2, 2016 in New York City. (Photo by Dimitrios Kambouris/Getty Images)

Anna Wintour Will Make an ‘Ocean’s Eight’ Cameo [Page Six]
The film recreates the Met Gala for a crucial scene, and the Vogue editrix herself will make a cameo, along with Alexander Wang, Zac Posen, Derek Blasberg, Lauren Santo Domingo, and others.

Sarah Rutson to Depart Net-A-Porter [The Daily Front Row]
The e-comm site’s VP of global buying is departing the company, after being hired by founder Natalie Massenet two years ago.

Uniqlo Announces ‘Art for All’ Partnership with Jeffrey Deitch