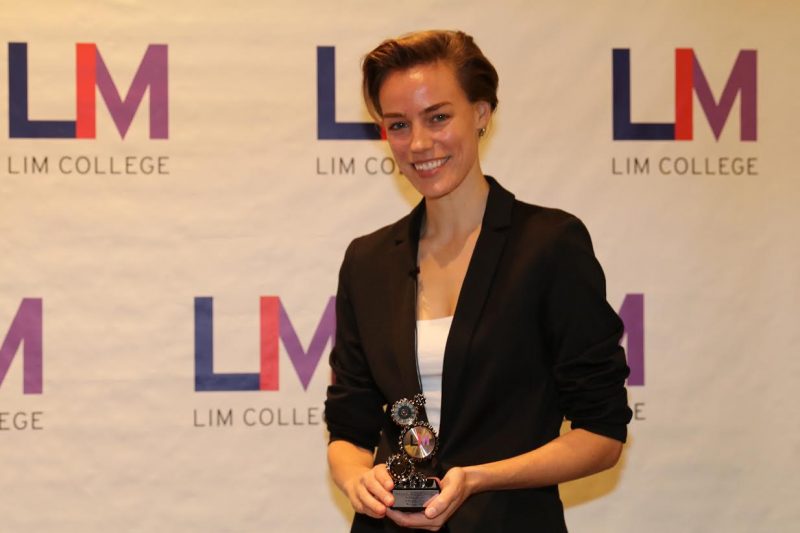 Activist and model Eliott Sailors, who was discovered by Bruce Weber in 2001 and appeared in Milly’s #EqualityForAll campaign, recently spoke at LIM College’s Student Leadership Conference. Sailors discussed her experience in the industry as well as her personal life. A few highlights from her talk at the Maxwell Hall Student Center:

“Never was I attacked by straight Americans. [I was] only attacked by American lesbians. The most unsafe place I knew was supposed to be my community, the LGBTQ community. We have to stop dividing our communities whatever they may be. Create, empower and build communities and partnerships. I am committed to make the world a safer place.”

“I live a life by design, not by default.”