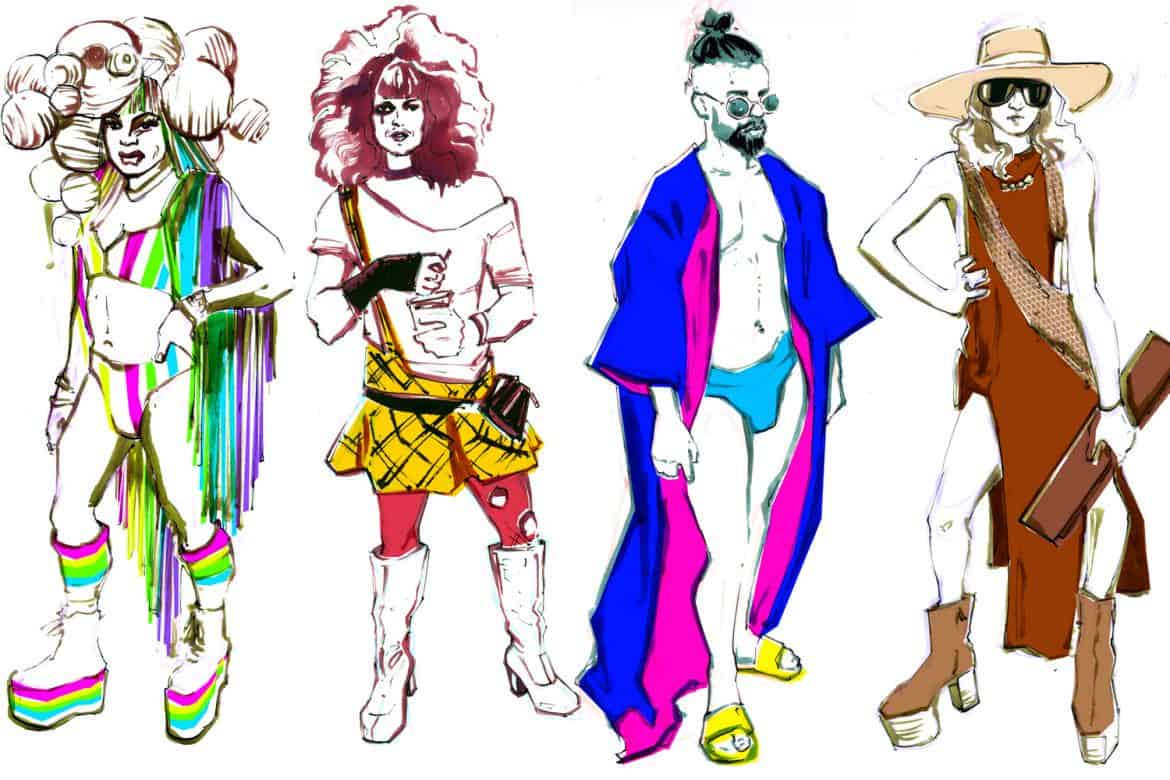 Once again we sent talented illustrator A.E. Kieren to Fire Island for the Invasion of the Pines to sketch some of the greatest looks of the day. The annual event held on July 4th brought visitors from around the world (and we hear there were MANY!) to show off their fiercest drag looks with inspirations from Crawford to Balenciaga.

The tradition began in 1976, when a restaurant in the Pines denied entry to Terry Warren who showed up in drag. When his friends got word, they rallied to support and dressed up in drag on July 4th of the same year with Cherry Grove’s 1976 homecoming queen Thom Hansen (AKA Panzi) in the lead, and sailed to the Pines by water taxi. A boatload of drag queens invaded the Pines and now the event is repeated every year for a crowd of thousands cheering them on. 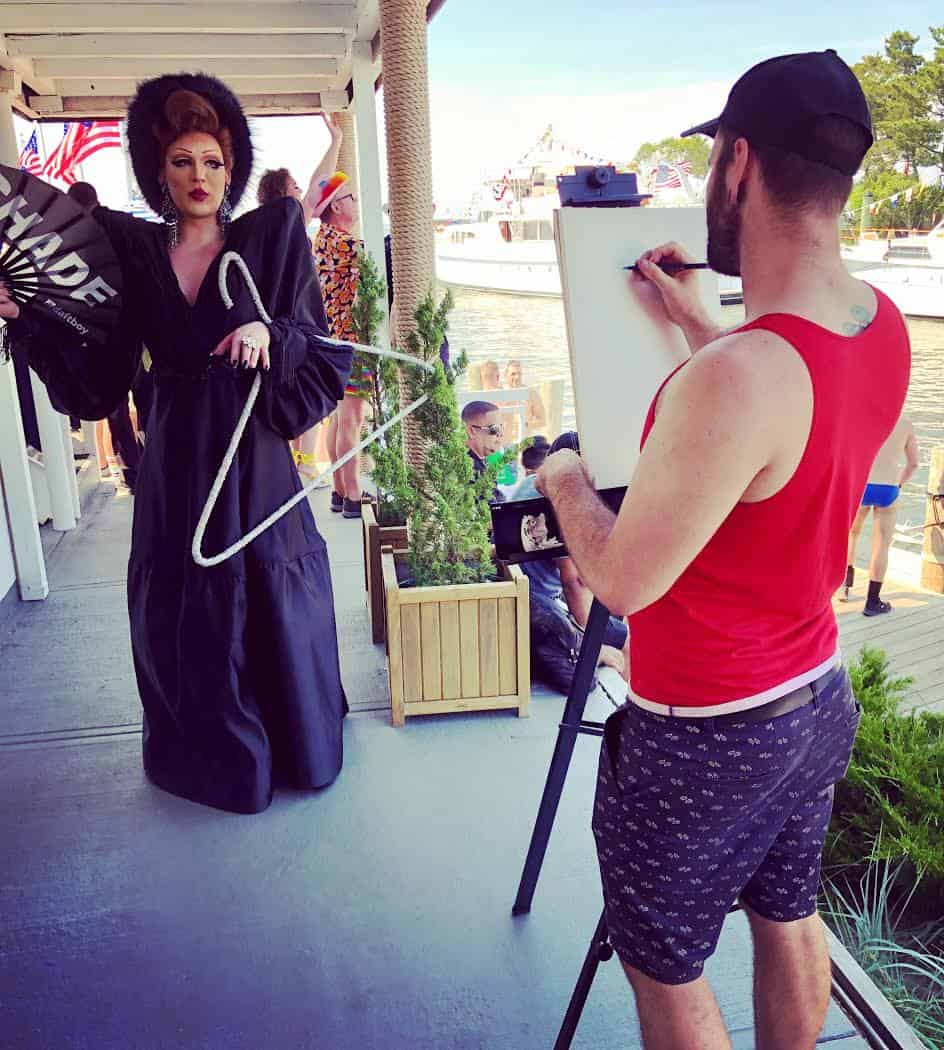 Here are a few of Kieran’s favorite looks from the day. 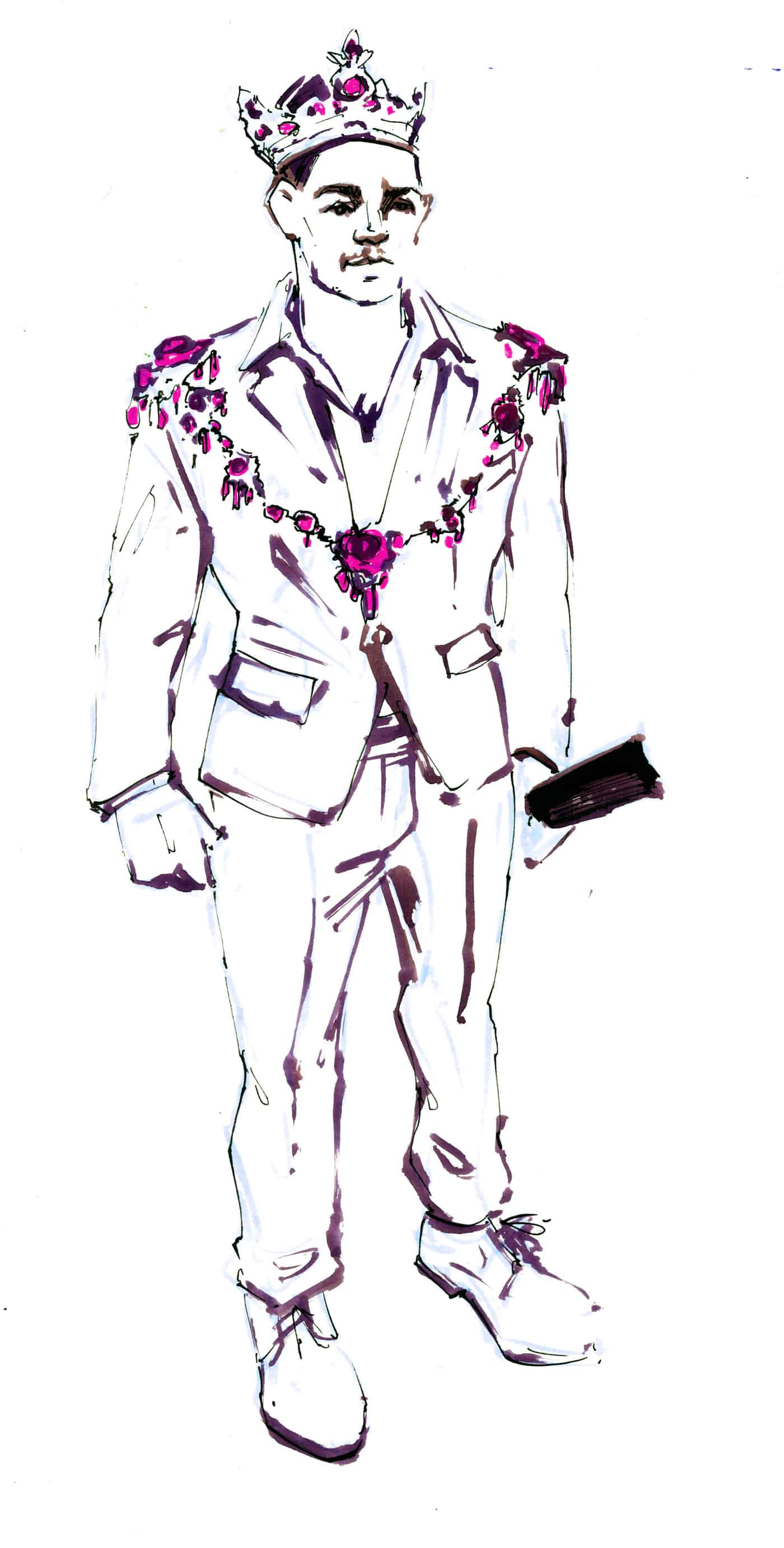 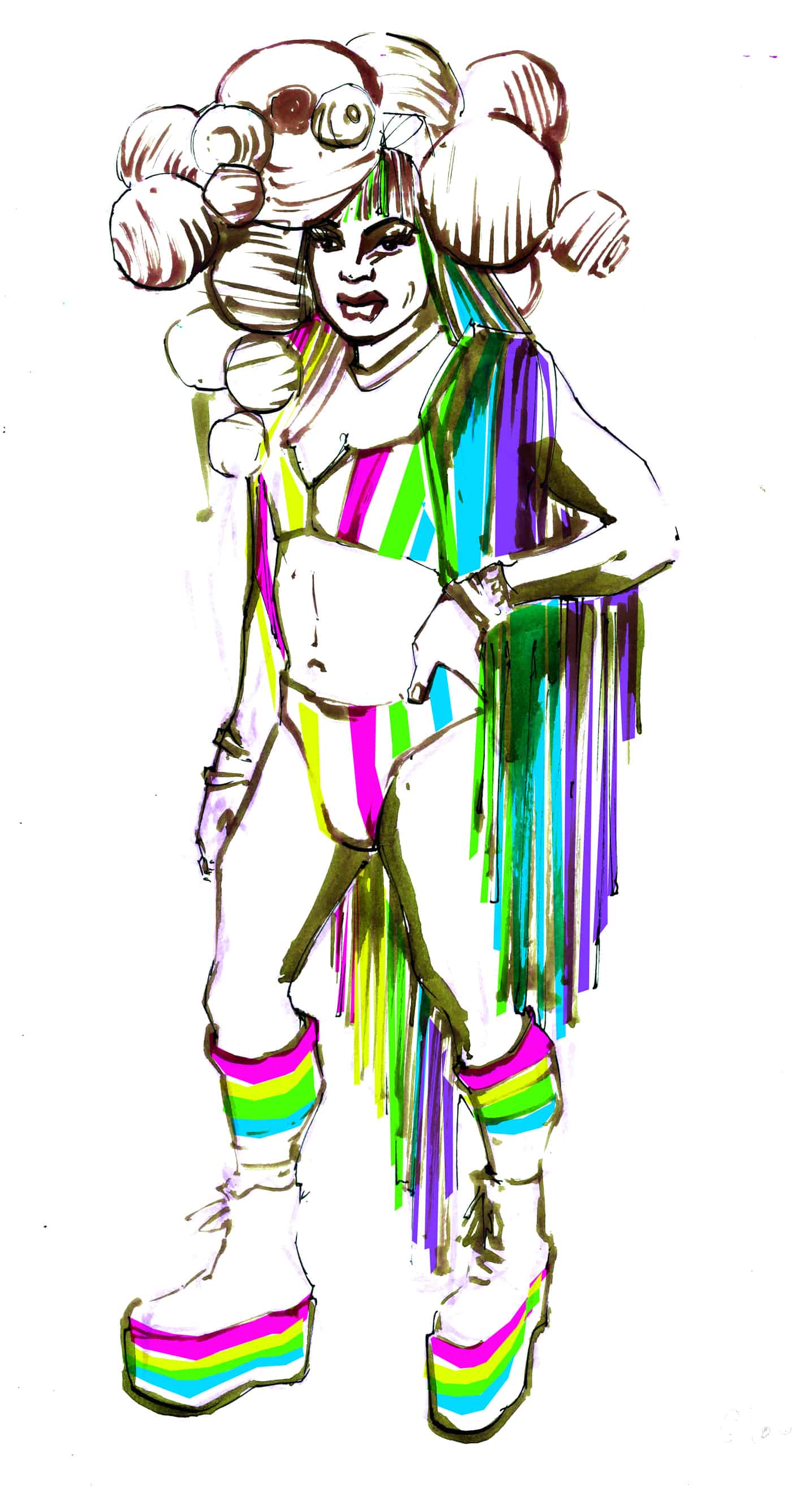 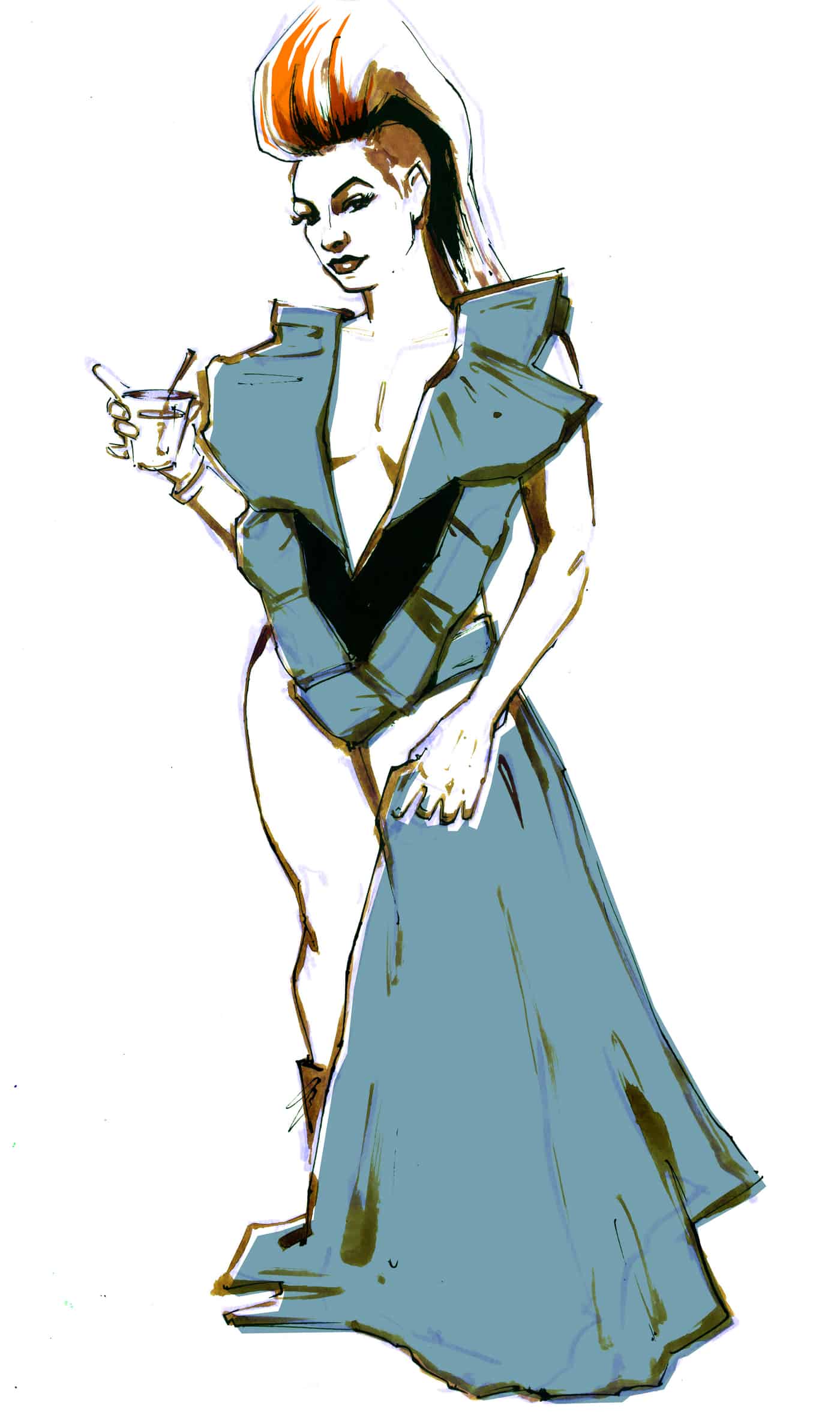 4. Grayson Squires, 29, Artist
Grayson is wearing Balenciaga platform espadrilles and carrying a Rick Owens razor clutch.  He also accessorized the look by draping around his shoulders a resurrected fishnet he found behind a toilet in a Fire Island beach house and launderefor wear. This was Grayson’s fifth invasion and his third appearance in this Daily  illustrated fashion recap. 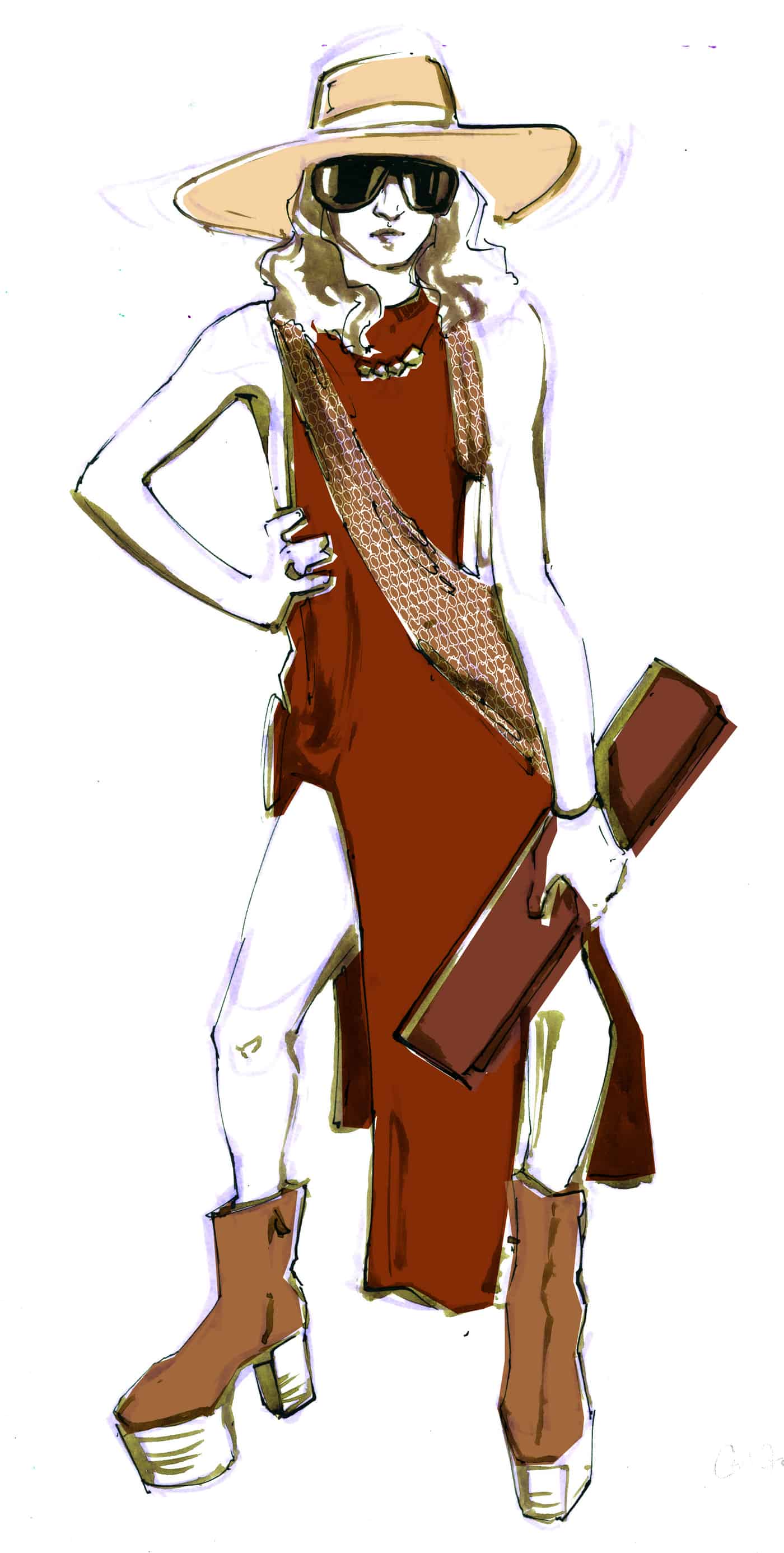 5. Dior Sovoa, 34, Celebrity Hair and Makeup Stylist
Dior is wearing a swimsuit and flipflops by Versace and a robe by William Henry Rawls. This was Dior’s first invasion. @diorsovoa 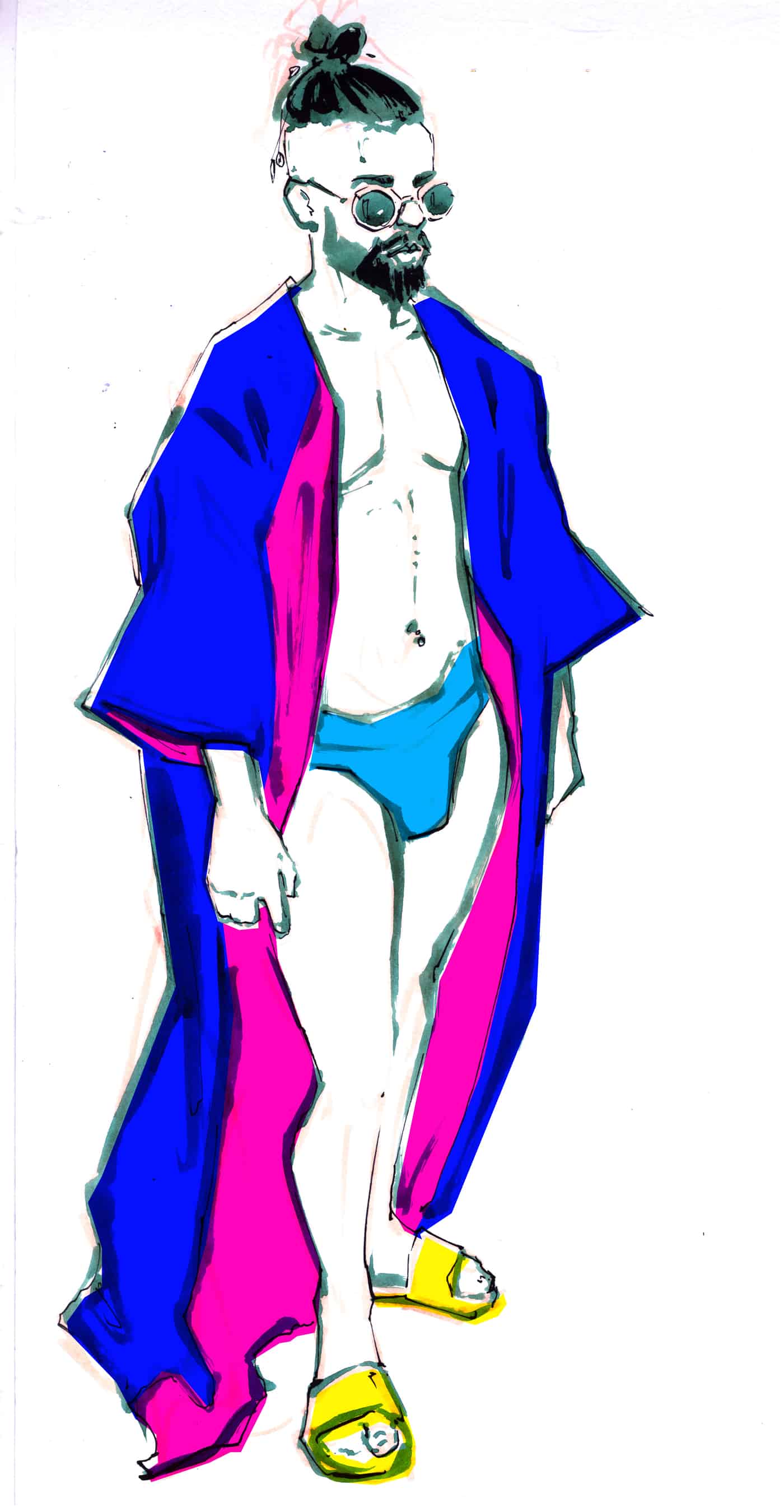 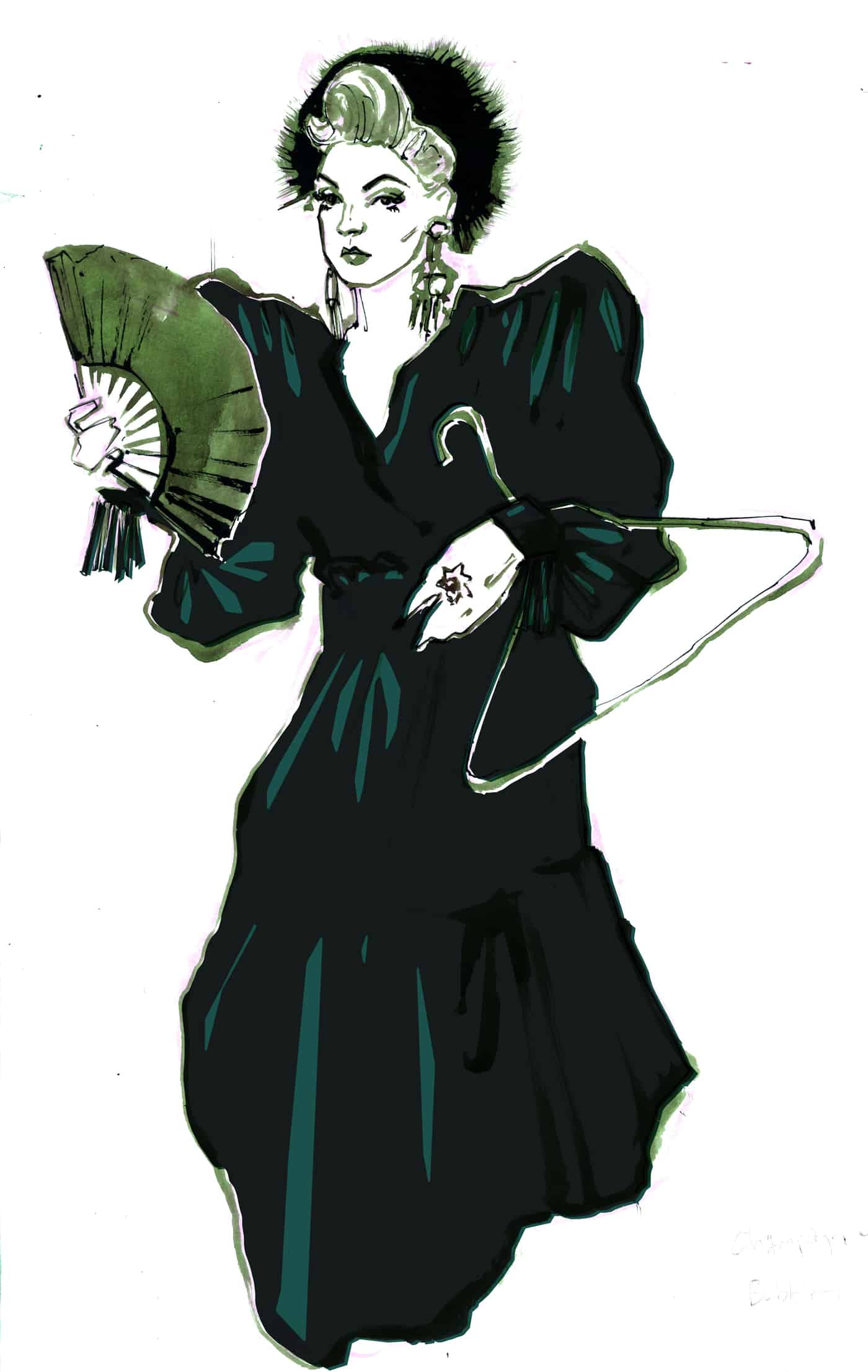 9. Adam Scher, 36, Creative Director
This was Adam’s fifth invasion. His husband Ian Hussey appeared in The Daily’s 2017 illustrated fashion recap of Invasion of the Pines. @amy_adams_cher 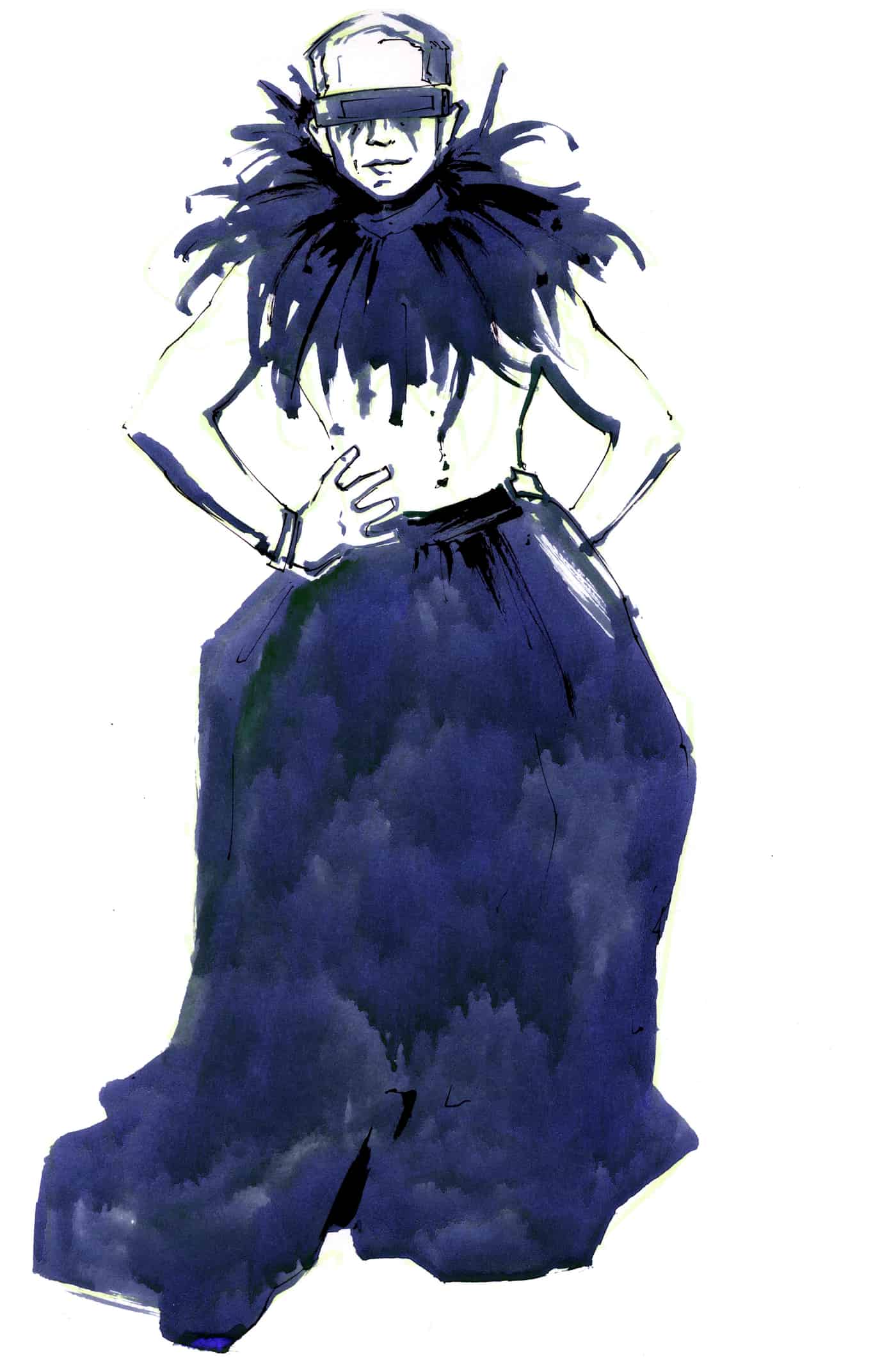 12. Nina Hagen aka Ian Sklarsky, 37, Artist
This was Ian’s fifth invasion and his second appearance in our illustrated round up. @thesingleline 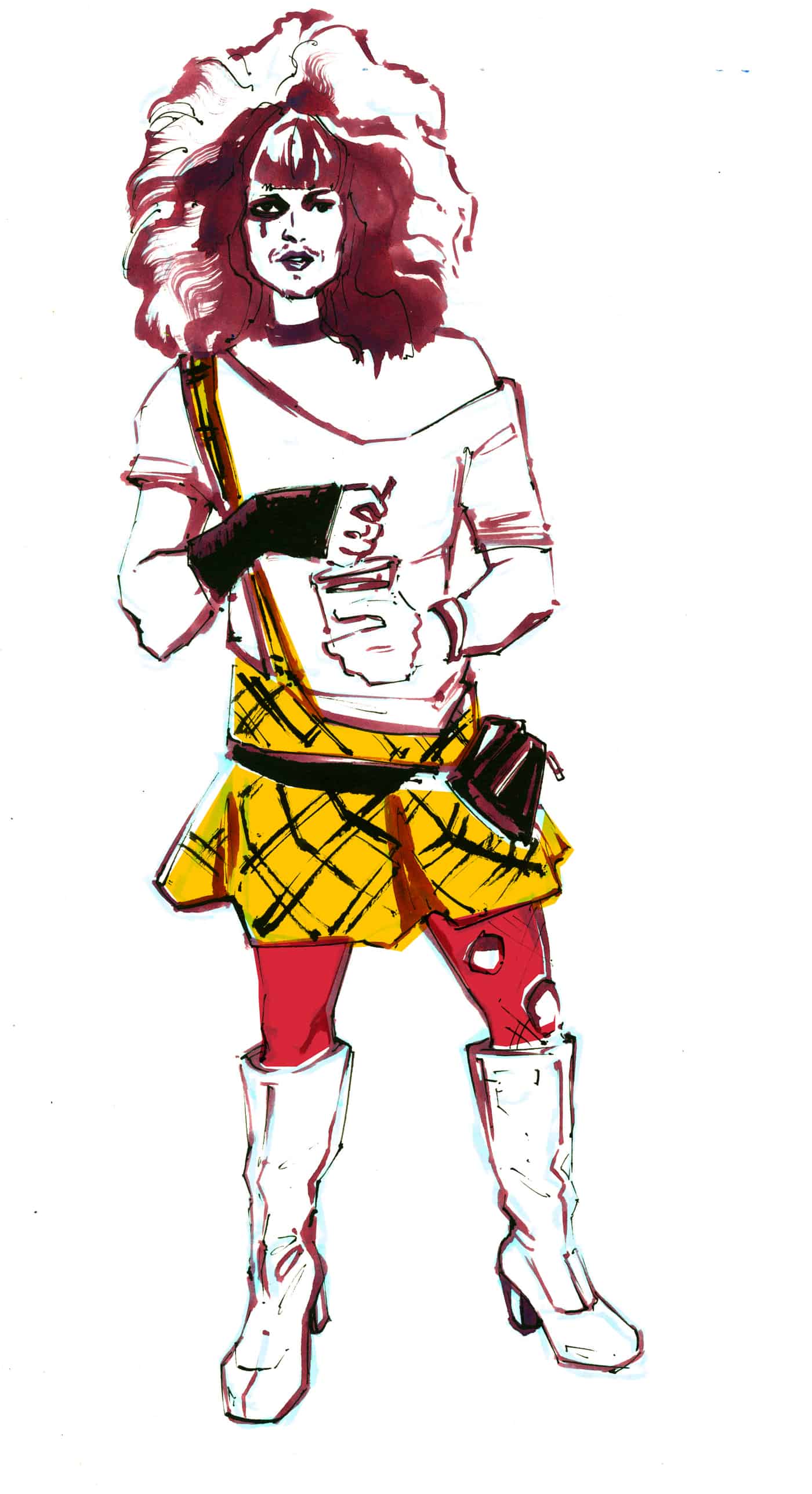 ABOUT THE ILLUSTRATOR:
A.E. Kieren is a freelance illustrator and performer.  He specializes in on-location illustration, for “sketch journalism” as well as for events and entertainment. Clients include Target, Entertainment Weekly, Refinery Hotel, Sleep No More/McKittrick Hotel, MM&M, Johns Hopkins Magazine, The Dramatist, and Daily Front Row. He holds a BFA in Illustration from College for Creative Studies in Detroit, MI and an MFA in Illustration as Visual Essay from School of Visual Arts in New York City. 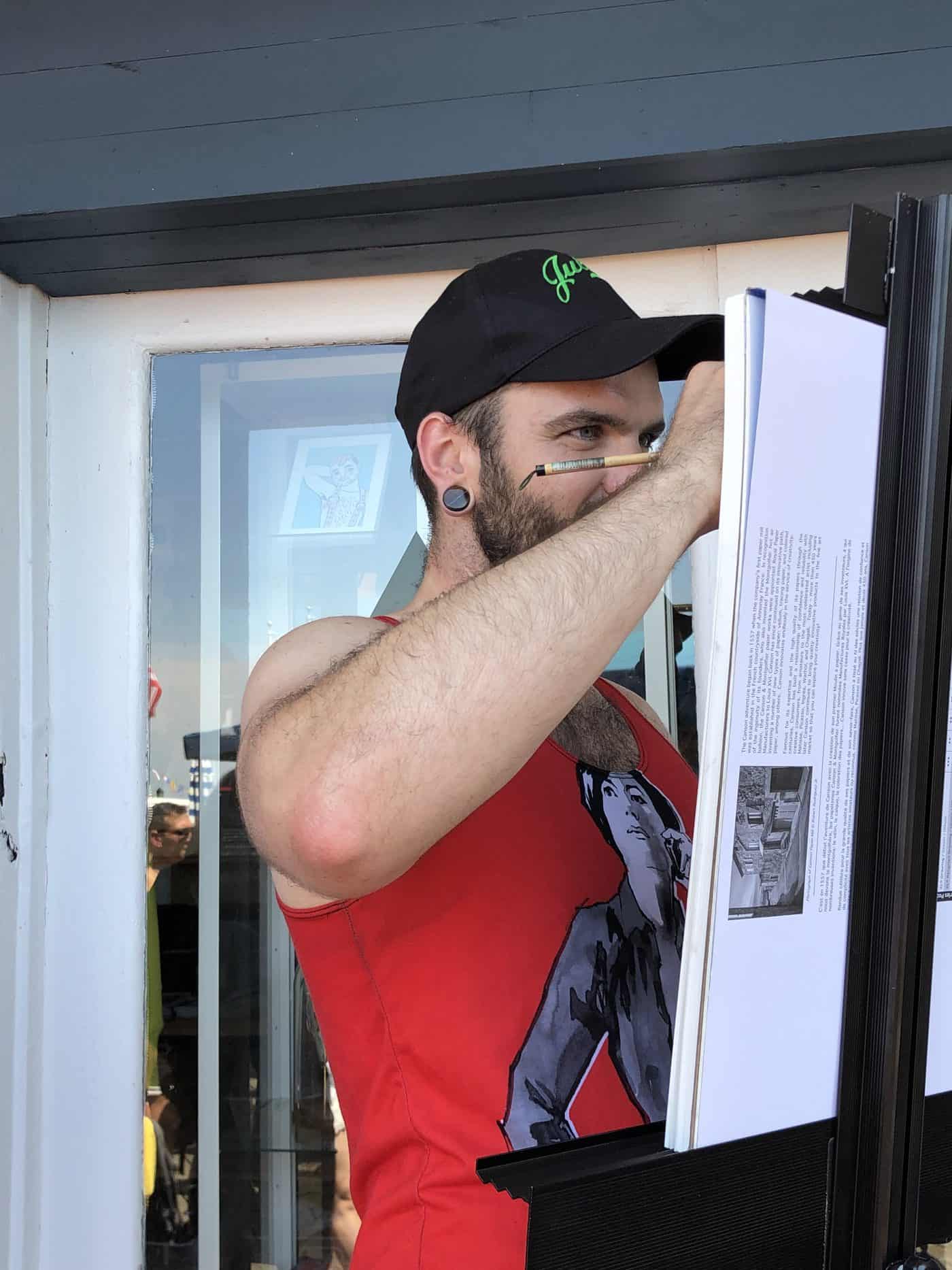