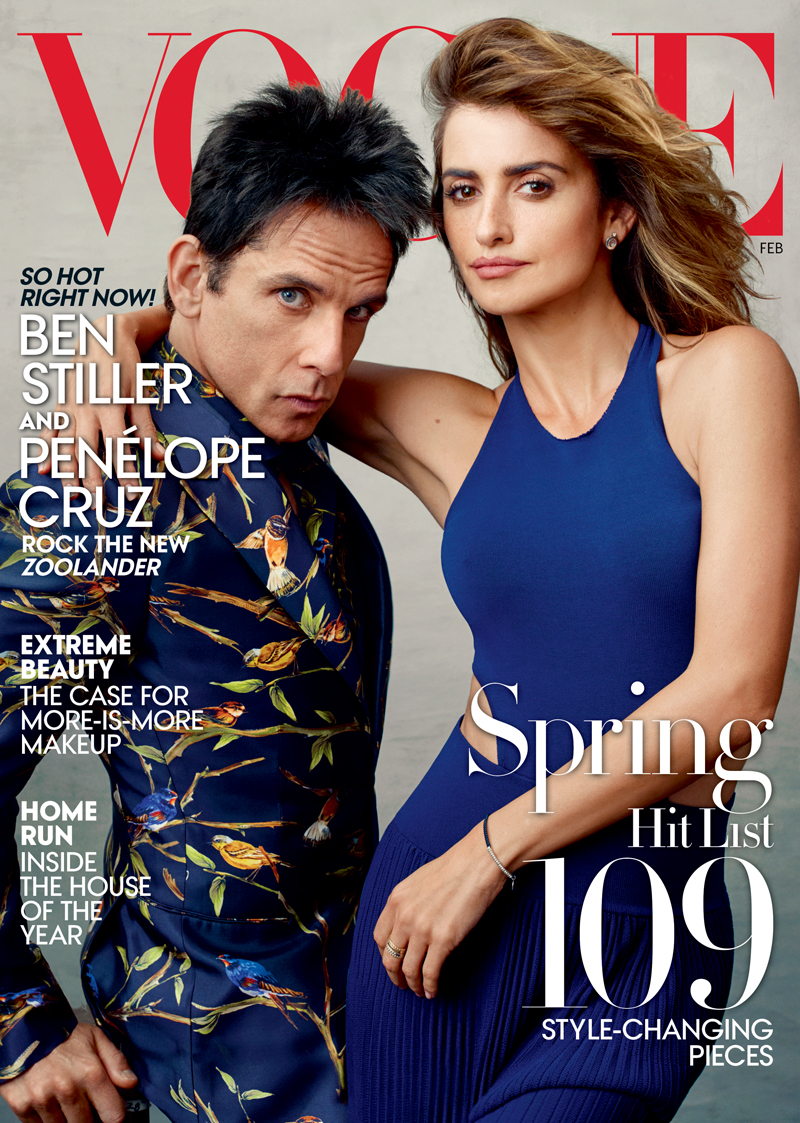 Who knew Vogue has a sense of humor? The fashion glossy stepped out of its comfort zone and gave Derek Zoolander his very first Vogue cover! Ben Stiller made up as his now infamous character alongside Penélope Cruz, his fellow Zoolander 2 co-star, worked their best Blue Steel lewks for photographer Annie Leibovitz. Stiller wore a multi-colored Dolce & Gabbana suit while Cruz donned a Ralph Lauren Collection dress and Chopard earrings. Both were in blue, naturally.

Top models like Gigi Hadid, Jourdan Dunn, and Joan Smalls served as backup to the most famous male model of all time. Designer Alexander Wang even makes a cameo, where he’s pictured tailoring a pair of striped shorts for Derek. Stiller saved his Le Tigre face for the interior shot in a pair of leather pants by Roberto Cavalli, a Phineas Cole cashmere turtleneck, and a saddle. So…do you think the cover is more Blue Steel or Magnum? And where’s Hansel? Did he request an exclusive with a rival publication? Note to Glenda: We’re waiting for Hansel’s Harper’s Bazaar cover. It’s a walk-off.