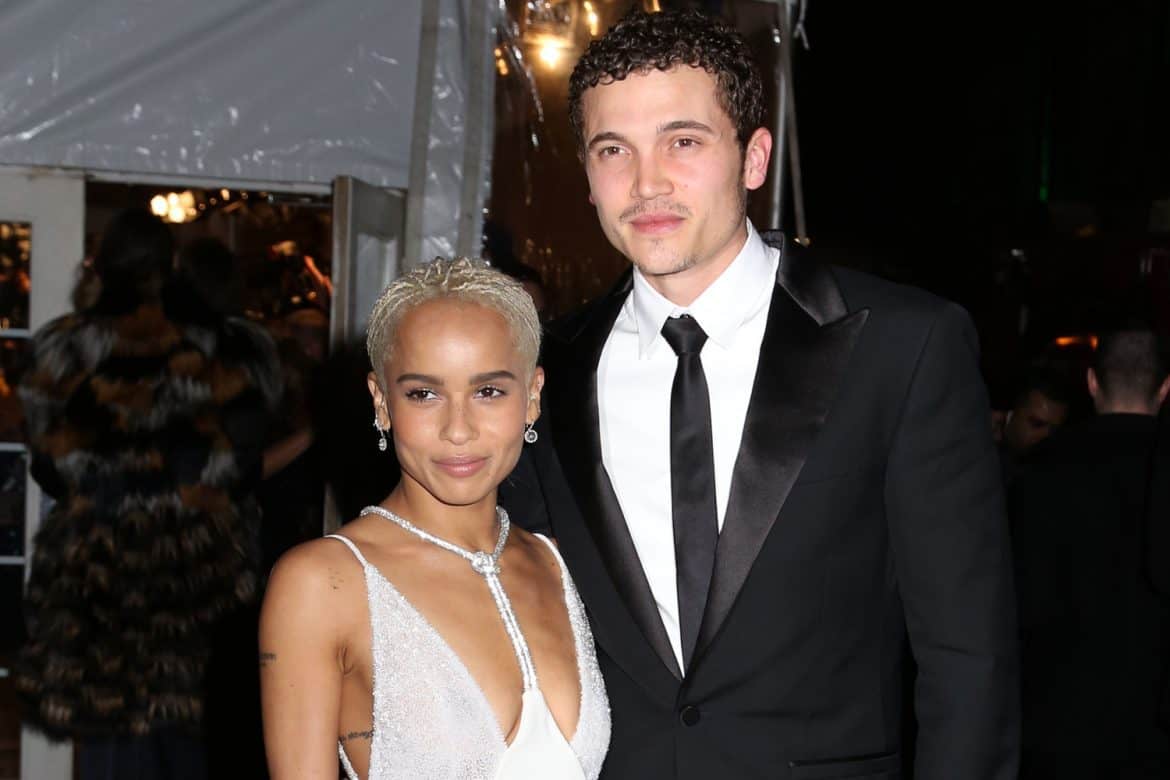 Rolling Stone‘s new cover with Zoë Kravitz is iconic to say the least. The actress and model recreates her mother (Lisa Bonet’s) shoot from nearly 30 years ago, while giving an accompanying interview that is surprisingly personal. As fans know, Kravitz is incredibly private — so private she got engaged last February, and is only announcing it now.

When journalist Josh Eells noticed a whopping ring on her finger, Kravitz casually dropped the news. So casually, in fact, that he thought she was joking at first. “No, I’m engaged!” she insisted. “I haven’t told anyone yet — I mean, I haven’t told the world. I wanted to keep it private.”

Her husband-to-be is actor Karl Glusman, and the pair met through mutual friends. Apparently Glusman originally planned to propose in Paris, but due to work commitments he wound up doing it at home. Nonetheless, it was a surprise. “He nailed it,” she gushed. “And I love that it wasn’t this elaborate plan in Paris. It was at home, in sweatpants.”

Of course, secret engagements seem to be something that run in the family. The world only found out about Kravitz’s father Lenny’s engagement to Nicole Kidman after the actress confirmed it last year. Naturally everyone wondered what things were like on the set of their hit show, Big Little Lies. “It was funny to be on set with her,” Kravitz said, mentioning that Kidman used to take her to the movies. “Like, ‘Remember when you were engaged to my dad?’”