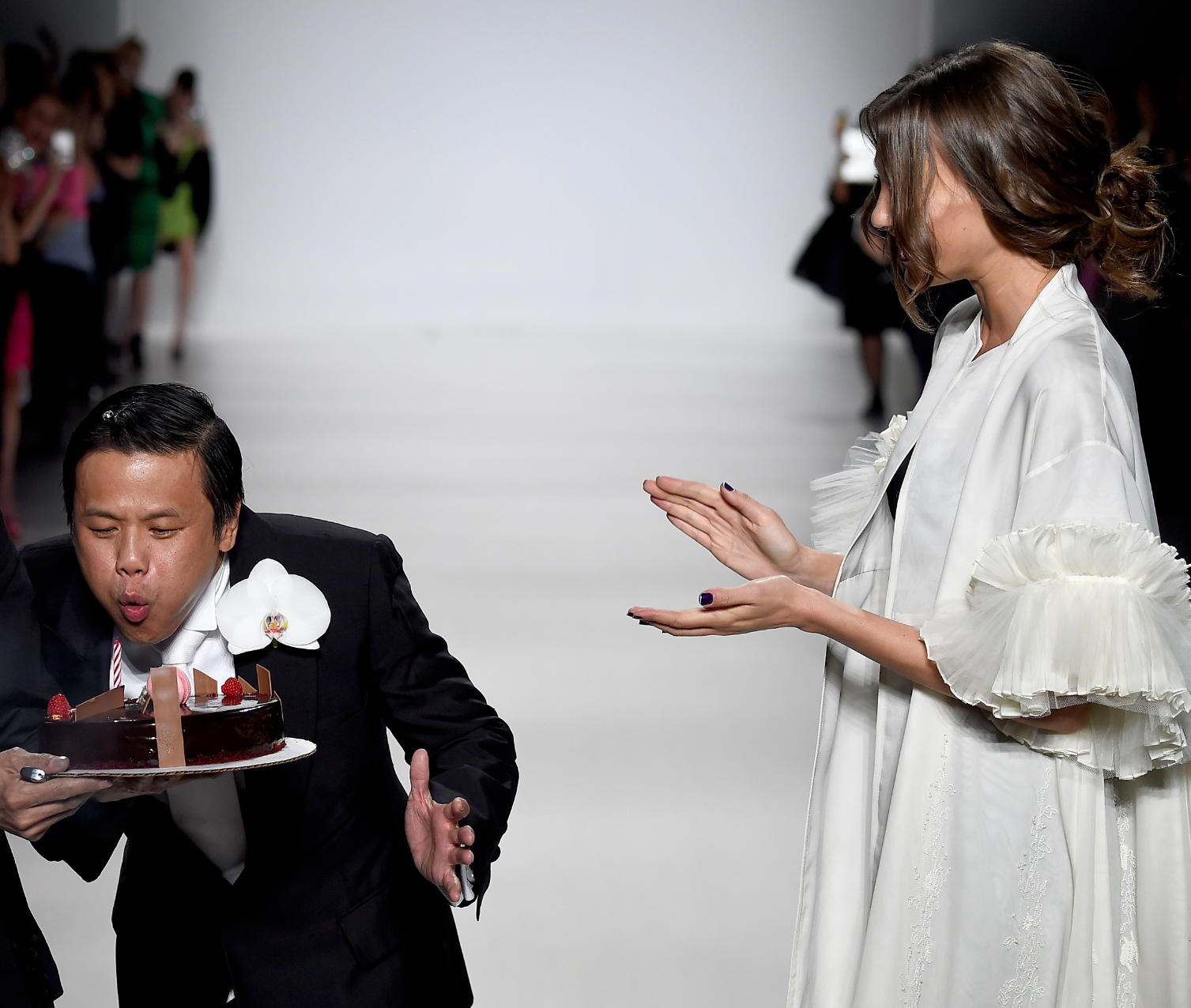 On Tuesday,  Zang Toi toasted his 25th anniversary with a Lincoln Center spectacle that included Whoopi Goldberg and cake. J’adore! Toi filled us in on the big milestone…

Happy 25th anniversary!
It feels so good—I’m so happy!

The collection was very inspiring!
Yes, I wanted to dedicate it to America and to all the people who wish to live here one day. I’m living the American dream.

Did you know the photography pit was going to give you a cake?
No, I had no idea! I usually hate walking the runway after the show, but that was so nice of them! I thank the press so much!

PLUS! Julie Macklowe on mutual musing…
It’s Zang’s 25th anniversary! When did you first meet?
I feel like we were separated at birth! He was one of my first vbeauté customers, and I have the most love for Zang in the world. As he will tell you, I was his one and only muse, and he’s mine.

Do you make him custom products?
I give him as much as he wants, but he still insists on paying me.

A Private Tour of the New York...