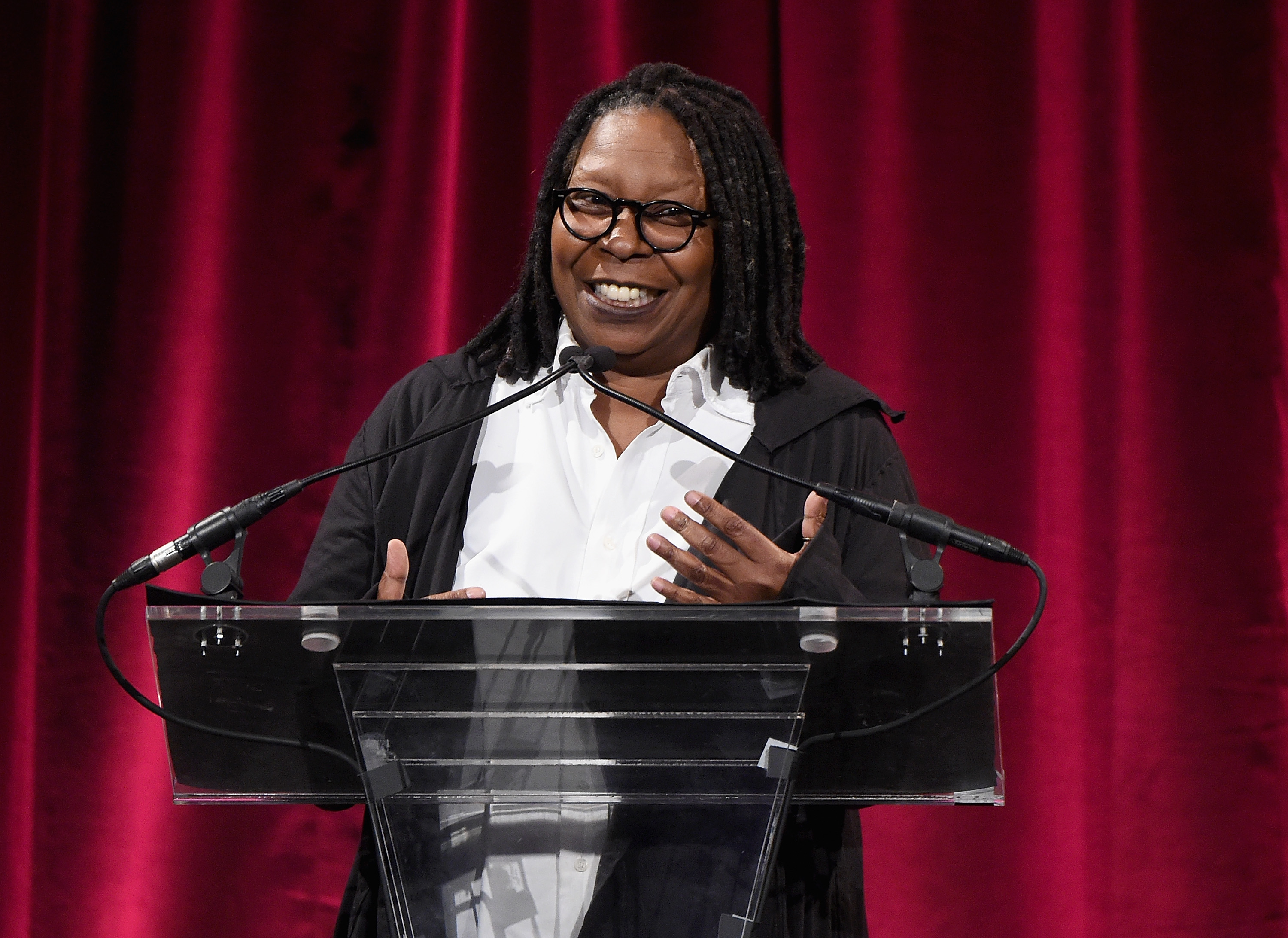 There’s no stopping Whoopi Goldberg! The award-winning actress, talk show host, comedian, producer, and beyond headlined the Fashion Group International’s 20th Annual Rising Star Awards less than 24 hours after appearing on CNN’s The Messy Truth with Van Jones and just minutes after taping The View. “I know you’re probably thinking, ‘What is she doing here?’ because normally when you see me I’m fashion’s biggest nightmare!” Goldberg said in her opening speech at Cipriani 42nd Street. “But one of the reasons I am here is because this is a room full of young entrepreneurs and fashion people—people who have been in the business for three years and leading. You are the people who are going to change how fashion sees everything, including me.”

The luncheon celebrated two decades of recognizing emerging talents in fashion, beauty ,and related industries for their creativity and vision. The program featured an impressive lineup of presenters including Whoopi’s pal Gary Wassner, Linda Wells, Prabal Gurung, Bobbi Brown, Aerin Lauder, Saks Fifth Avenue’s Eric Jennings, and The RealReal’s Julie Wainwright, all of whom awarded winners including Allison Mitchell in accessories, Kia Ragland from Smashbox Cosmetics in beauty/fragrance corporate, Dana Bronfman in jewelry, and Isabel and Ruben Toledo in beauty/fragrance entrepreneur. “Never let passion get in the way of being an entrepreneur because those things often can create a friction. We’ve always done everything in our house from love,” Toledo said on the podium. “Like an old friend of ours, Karl Lagerfeld, told us recently, ‘It’s never too late to start rising.’”

Other winners of the event include Peyman Umay in menswear, Jeremy Anderson in home furnishings/product innovation, Gwynnie Bee in Hilldun business innovation, Claudia Li and Alejandra Alonso Rojas (a tie) in womenswear, and Jennifer Bandier in retail. “I never worked in fashion or retail, but I did have a passion for leggings…or something like that,” Bandier said when accepting her award. “I felt like I couldn’t be the only person obsessed with finding things that are fabulous. I’m just so happy that you guys have liked what we created. This means everything. I never won anything before, so I’d like to thank The Academy. I always wanted to say that.”

Goldberg also won an award—the Spirit of Rising Star—and got a standing ovation from guests like Fern Mallis, Cameron Silver, and Zanna Roberts Rassi, who was nominated for MILK Makeup in the beauty/fragrance entrepreneur category. “I was on The View a few times with Whoopi. She’s phenomenal and inspiring, and who better of a woman to present during [this] time. I couldn’t have named someone better!” Rassi told us.

On the food front, guests enjoyed a three-course meal, starting with prosciutto and mozzarella, Cipriani’s famous bellinis, Chilean sea bass with mixed vegetables for the main course, and a lemon meringue tart with berries for dessert, followed by mini sweet treats at the door upon exiting the venue. While catching up with Linda Wells, she tipped us off about a few must-visit eateries. “There’s a really cool place called Tia Pol on 10th avenue and 22nd street. There’s also a little place in Chelsea Market that has amazing fish tacos. I like little, odd, and tucked away places.” Take note, foodies!

Correspondence We Actually Received: “NYFW Quick & Easy Bites That Won’t Weigh You Down”

Everything You Need to Know About the...