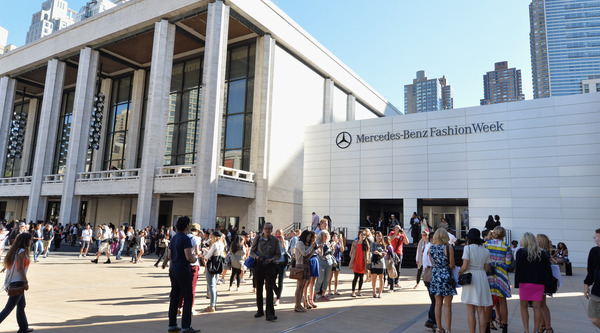 (NEW YORK) More changes afoot for NYFW: After much speculation, IMG Worldwide has found a buyer. William Morris Endeavor (WME) and its private-equity backer, Silver Lake Partners, will acquire the fashion and sports agency from its current owners, Forstmann Little & Co., which bought IMG in 2004. The deal was struck for a reported $2.3 billion. Other contenders vying to snap up IMG included CVC Capital, Chernin Entertainment, as well as a consortium of ICM Partners and Carlyle Group.

How will the sale affect IMG’s fashion properties, most notably its role in NYFW? “We have no comment at this time,” IMG Fashion said, through a spokesperson.

“It will be an interesting season going forward, although it’s probably too soon for WME to have any impact on Mercedes-Benz Fashion Week,” Fern Mallis, former senior vice president of IMG Fashion, told The Daily. But the acquisition harkens back much further than Mallis’ nine years at IMG. “It’s a bit of closure, however, as I had several meetings with Ari Emanuel over 20 years ago while [I was] at CFDA and we were selling 7th on Sixth. He had his checkbook open and wanted Fashion Week. We ultimately decided to go with IMG as they were ‘event producers’. So finally Ari gets it. Good luck to all.”

Lincoln Center, which has housed IMG-run Mercedes-Benz Fashion Week in Damrosch Park since 2010, seems pretty positive about the new ownership. “We look forward to meeting and getting to know the new owners of IMG,” said Betsy Vorce, vice president of public relations at Lincoln Center, in an email to The Daily.

“IMG has incredible strategic value to WME. The brand’s global reach, outstanding management team and leadership across sports, fashion and media are a strong complement to our business,” said Emanuel and Patrick Whitesell, WME’s co-CEOs, in a statement.

In addition to its impacts on NYFW, the sale has myriad implications for the Hollywood and sports representation landscapes. William Morris Endeavor’s main rival, Creative Artists Agency (CAA), has been beefing up its presence in the athletics realm for the past six years, since starting its CAA sports division, poaching hungrily from IMG to build its cadre of sports agents. Expect the melding of WME and IMG to “significantly alter the balance of power in Hollywood’s business landscape, creating a mega-agency that would leap ahead of its primary rival, Creative Artists Agency,” according to The New York Times.

The purchase of IMG entails offices in more than 30 countries and an employee headcount of 3,500. Selling IMG percolated two years ago, following the death of Ted Forstmann, founder of Forstmann Little. This past spring, IMG’s quest for a new owner began materializing, and Morgan Stanley and Evercore Partners were hired to sell the company.
ALEXANDRA ILYASHOV

More From Marc By Marc Jacobs