Why Is Diane von Furstenberg Taking It Downtown in February? 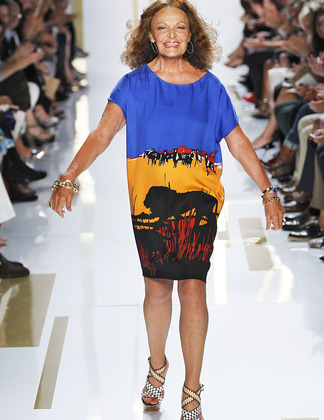 Eyebrows were raised when word got out earlier this week that Diane von Furstenberg was departing Lincoln Center during fashion week to show at Spring Studios. Why did DvF decide to move it downtown in February? “My decision is purely because of the anniversary year,” she told Cathy Horyn in The New York Times yesterday referring to the 40th anniversary of her wrap dress. “I want to do something special. I’m excited that they’re trying to get it together at Lincoln Center.” DvF tells Horyn that she’ll be back in the tents come September. “I am the president of the CFDA, but I also have a brand to watch and this is my anniversary year.”