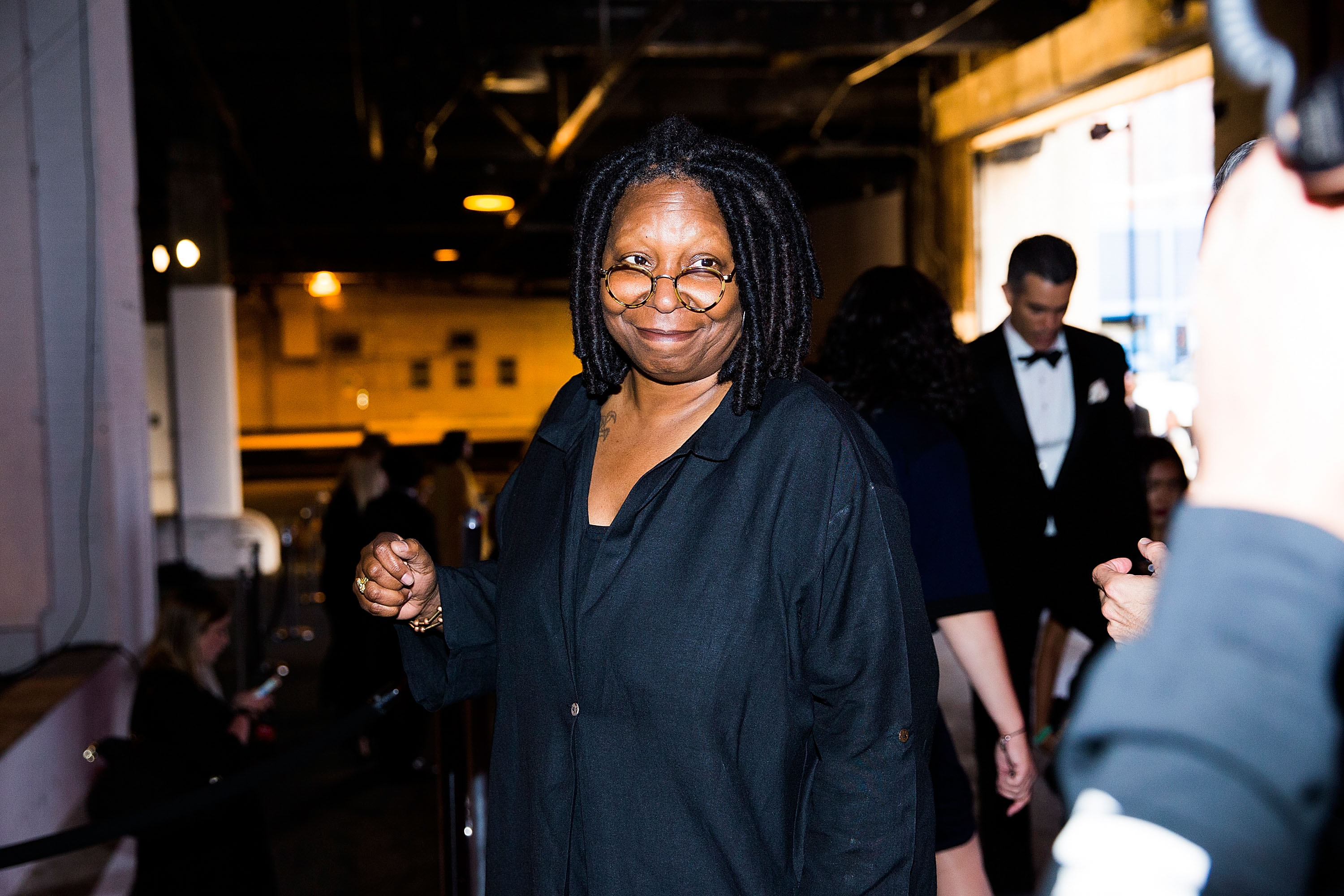 Last month, news broke that Whoopi Goldberg is launching a reality-meets-documentary series that follows a group of transgender models from Slay Model Management, the world’s first exclusively transgender modeling agency. The show, set to hit Oxygen this fall, is executive-produced by Goldberg. We had the opportunity to get a little on-camera time at the filming for one of the show’s episodes and spoke with Goldberg on her latest project.

Why did you want to get involved with this show?
It’s a project that reminds people that you never know who you’re sitting next to. We find that lots of folks have known transgender people for years but didn’t know they were transgendered. So we have to explain to people that everybody has their life, and why make anybody’s life harder just because you don’t understand? That’s what we wanted to do—to take it out of the stratosphere and bring it into a real-life situation where you’re learning with kids and their parents. This is a family thing. Everyone’s trying to learn and nobody knows a lot about it, but who better than the people to tell you what their life is. We thought it was a good idea, so we did it.

Were you involved in selecting the cast members?
Not as much as you’d think. It was cast by God. [Laughs]

Are you a fan of reality TV?
I’m not a huge fan of reality TV, but I find it useful. In this way, it’s very useful. This is a docu series, but we did a reality show on my daughter called According to Alex.

What are you most looking forward for viewers to see?
Real life. Seeing families that they recognize, because it’s happening in their own families. And I want young people who may be struggling to see that, you know, people live, they get up and do it and that they don’t have to feel like nobody’s gonna get it, ’cause there are folks going through it. I want folks to see, little kids to see it, anyone who’s got this in their mind that this is happening for them. I want somebody to be able to say, ‘Yes, this is who I am.’

Have you had a moment to breathe this summer?
Not deeply [Laughs] but a little bit.

Any travel plans?
I’m going to Vegas for work, and probably California for more work. Somebody’s gotta do it!