What Does The Hamptons Real Estate Market Look Like in 2021? 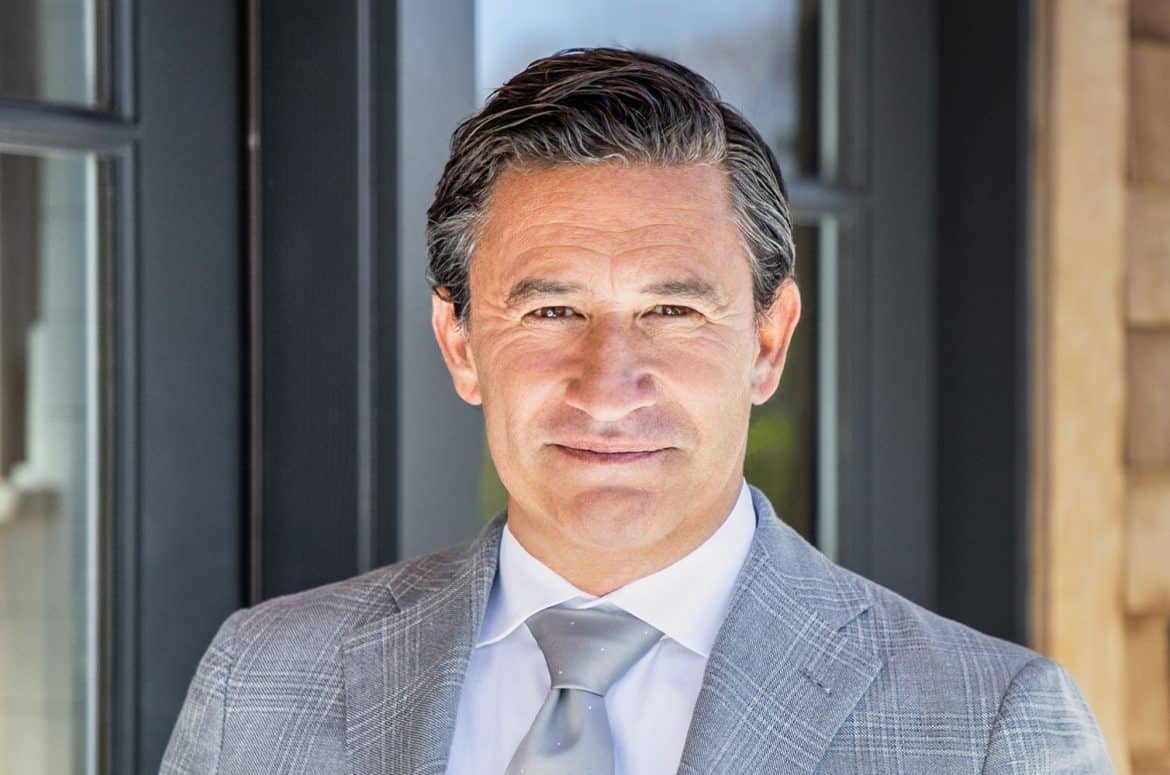 One industry that has exploded since the beginning of the pandemic is the Hamptons real estate market with unprecedented demand for homes in the area. Nobody knows this better than Compass realtor Chris Covert, who’s been working around the clock to assist hungry buyers in finding an escape. He tells THE DAILY how he managed the busiest year of his career and if anything’s changed in the new year.

What has the past year been like for you?
I think we can look at this past year as a year of unprecedented activity, never mind the emotional stuff. On a business level, as a real estate agent in the Hamptons, it’s been absolutely insane. We thought we were going to be off to a really strong year. March 12th, March 13th, somewhere in there, the world hit the brakes. However, the Hamptons was one of the few places on the planet that [had] an absolutely unique— or utmost unique—reaction, and that was the mass estate hysterics of people getting out of New York City.

What’s it typically like at that time of the year?
Normally, you couldn’t give away a house in March, April, or May. This was now the hottest market we’ve ever seen. I mean, people were taking things site unseen—complete emotional demand. The East and Long Island weren’t set up for a crush in population. Meanwhile, we all have our own families and our own kids and school, and are trying to figure out what’s going on. But we’re being asked to sort of put our families on hold, and get out there and try to safely help with health concerns in mind, and service an entire new market. It was so fast and furious. We weathered through that. And, again, it was days and days of literally 20 hours a day, phone calls, trying to find people. Then we got the shut downs and had to stop. It just sort of came to a stop. But we were starting to realize that this wasn’t a two-week thing; people weren’t going to be traveling. And sure enough, as soon as we were able to open up, we had probably three years of inventory stacked up, sitting around. Over the course of June, July, and August, we cleared out the inventory, and it was a significant change in the way buyers were buying. For several years it had been a buyer’s market—no urgency, too much inventory, pricing just wasn’t resonating with the buyers. And within weeks, that was out the door. It was emotional buying, people had to have it, they had to have it now.

So, what will 2021 be like?
The difference we’re seeing now is we have very little good inventory. I think a number of buyers who couldn’t find what they wanted or weren’t getting discounts or were getting out-bid on everything took a step back and said, “I’m going to wait until 2021 when everything relaxes and corrects itself.” Well, it’s not correcting itself because we have a dearth of inventory. So the lack of supply, even with reduced demand, is keeping those prices strong. I think people are realizing that they’re not getting on a cruise, they’re not flying to Ibiza to party. We’re not anywhere near done with this. This has also led people to believe that there’s a dynamic lifestyle change that can happen. You know, they’ve gotten used to working remotely. Broadband has allowed the world to go remote, and people are liking it. The Hamptons is a great place to live; people got a taste of it in the winter and last spring and this fall and winter, and I think people are staying. I’m thankful. I know a lot of people have suffered, so I’m conscious of that and I’m lucky to have been in the right place. Also, we did some good stuff. People in my community and my industry put it on the line to help other people to get out and get settled and find shelter. 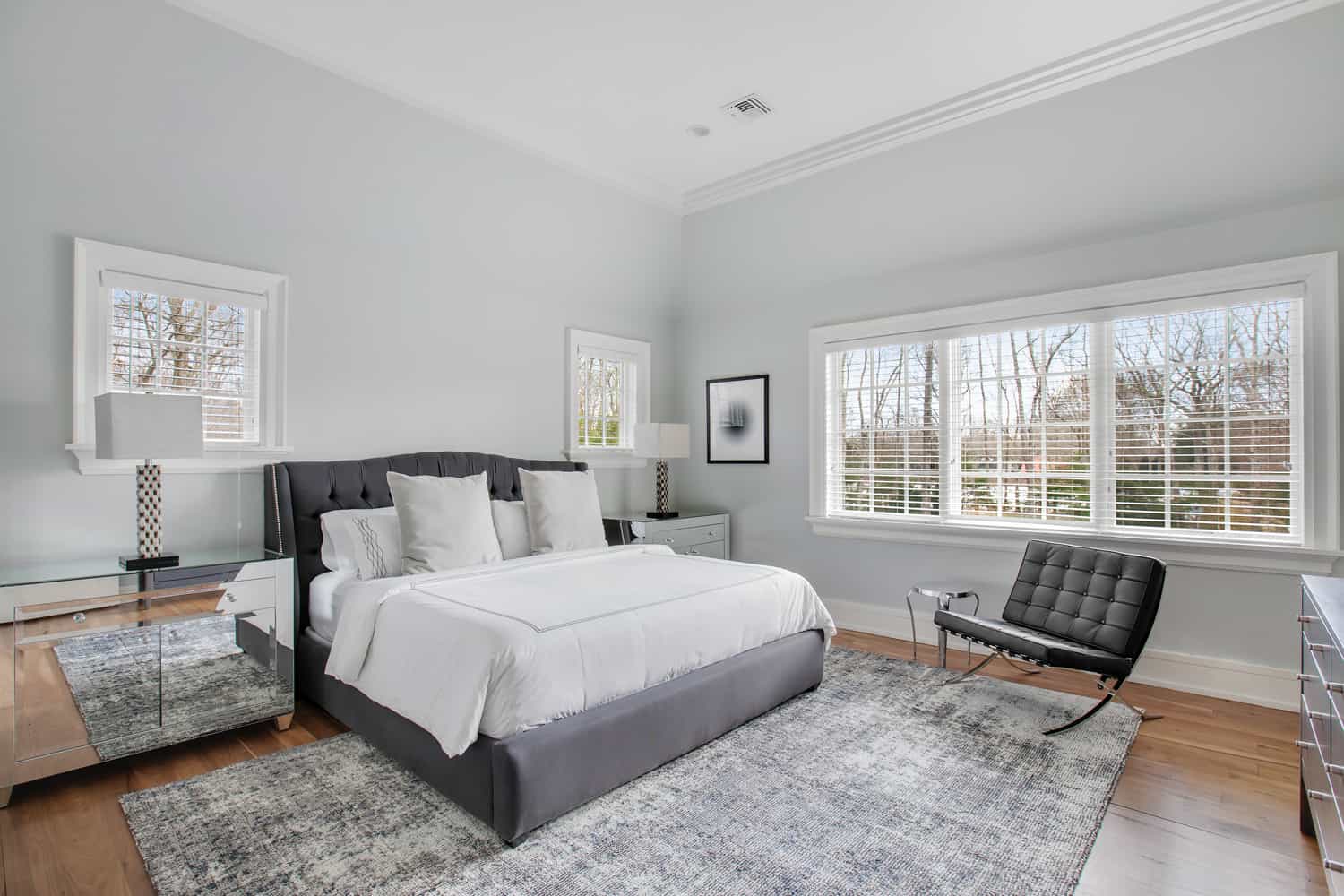 Are there any deals at all?
If you have a time machine and can go back. No, the rental prices we’re now seeing are equivalent to what we used to see for May or September pricing.

Is this a good time to sell in the Hamptons?
It is if you have somewhere to go. The sellers have never seen a stronger market. That being said, they still have to be realistic. At some point over the summer, we did see a lot of opportunistic listings where people had these aspirational numbers and it was sort of like, “If I can get it, I’ll sell it. If not, I don’t need to sell it.” Buyers were emotional, but they weren’t stupid, so a lot of those never went anywhere, and I’ve seen a lot of those back off the market. But if a seller is a real seller and is in tune with realistic pricing, it’s a great time to sell. If you have a good product, a good home, you’re going to get it sold quickly. Our days on the market are as low as they’ve ever been. 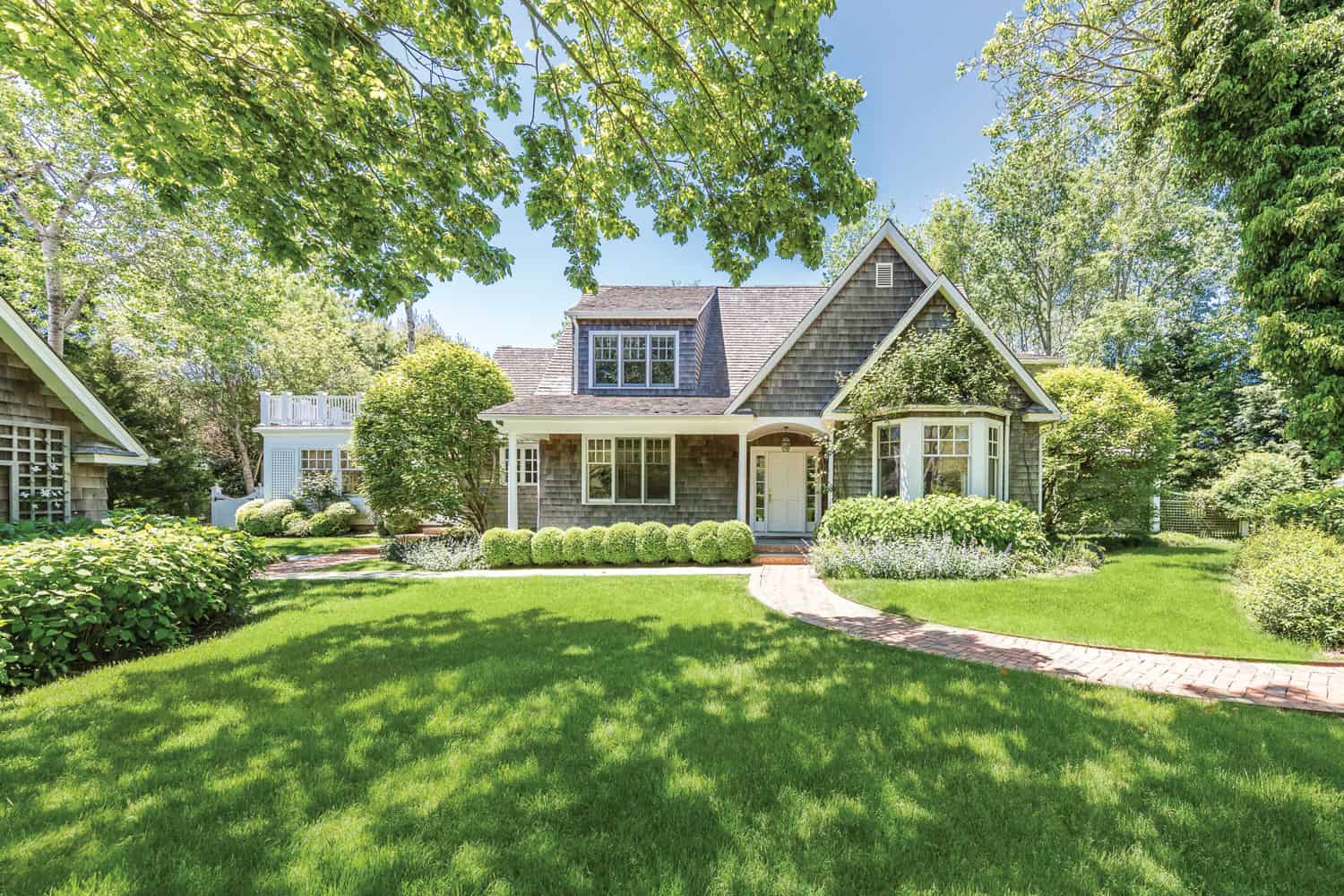 How are you managing your clients’ expectations now?
I’m data-driven, and every year the data on the East End gets better. It used to be very decentralized and word of mouth. Now, it’s all out there for the public. We just have to portray data and show them realistic numbers; it’s there to support our opinions. And you have to give them realistic guidance. If you can show trends that have proven true in the past that you’ve called, you hope they put trust in you and trust that you’re the professional you claim to be.

You joined Compass last year. Why did you make the move?
It was not for a lack of being happy where I was. I was very happy at my prior firm, and had been for seven years. But what Compass offered was something I couldn’t look away from. The backoffice technology they provide has made my job so much more efficient. And when I’m more efficient, I’m more effective. Compass puts tremendous effort into its cross-market networking, which allows me to put my listings in front of top agents across the country in our cross markets. We see a lot of people in New York, Westchester, Northern New Jersey, Connecticut, South Florida, Palm Beach, L.A., the Bay Area, Aspen—I have direct access to the top agents there, and it just creates a great referral network and benefits my clients to put their high-end luxury product into all the luxury markets.

Tell us about some of the properties you’re working with.
First, 32 East Woods Path in Sagaponack is a done, done, and done house! It’s turn-key and move-in ready. It’s for someone who doesn’t want to think about doing anything. It’s a classic Hamptons house that was well maintained, great backyard, centrally located. Another property I have is 52 Old Barn Lane in Sagaponack, which is for someone who isn’t afraid of doing some renovating. It’s a great 1.4-acre property on a quiet street. It’s great for a family. The current house is in great shape but needs TLC. It’s everything you want for a family. On the far end of the spectrum is 677 Mecox, which is a spectacular 1.5-acre property in Water Mill. It looks over 40 acres of open farm reserve. That home is probably obsolete in its age, so it’s really for someone looking to build new. You’ll have one of the most prime addresses and views that you can imagine. The asking price is $7.4 million. 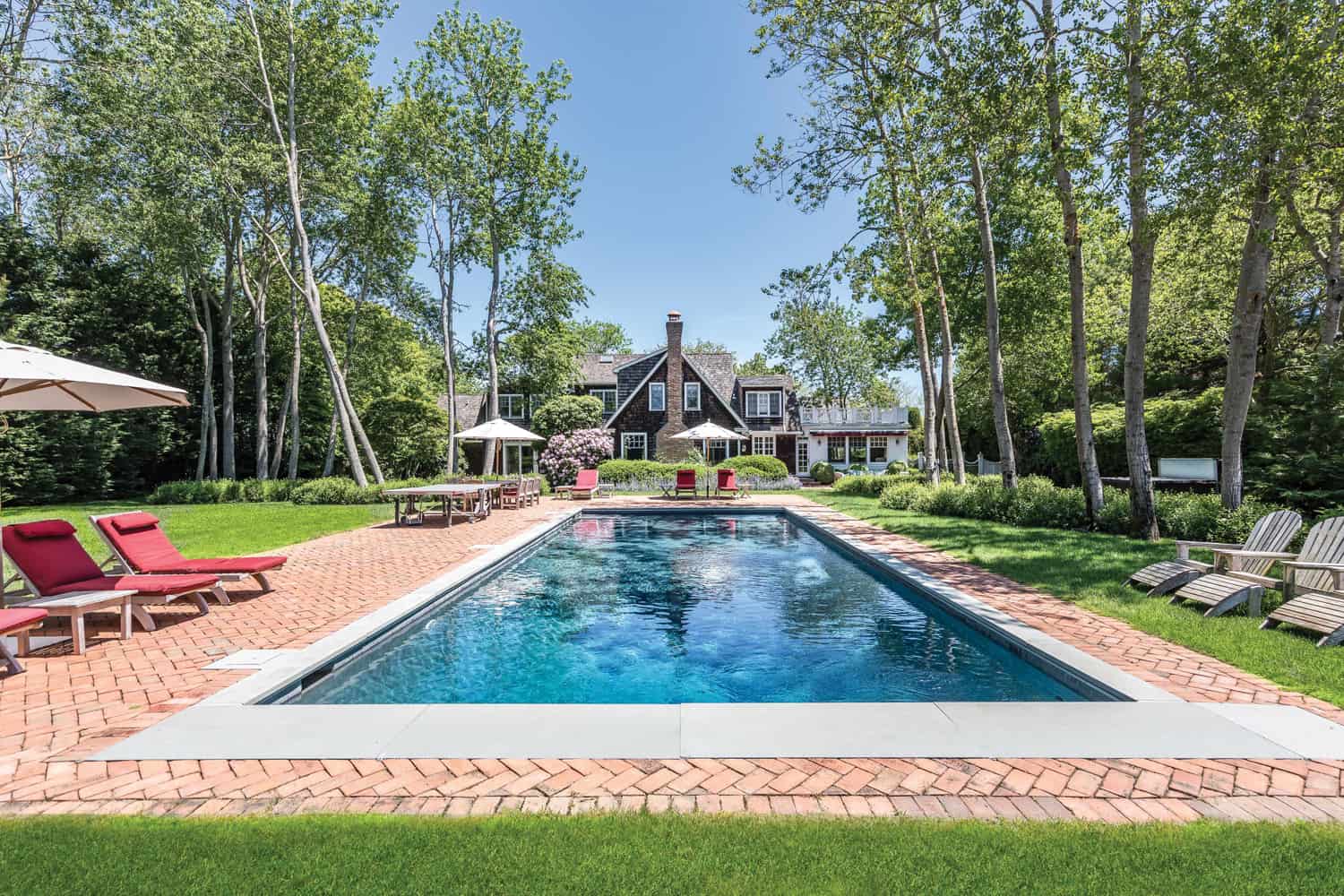 What else is new in the real estate world?
What we’re seeing for 2021 that we really started to increase in 2020 was the off-market deal. I think there have been far more transactions done off-market than normal. I think there was a combination of safety concerns, where people didn’t want to list their homes. The demand was so high that brokers had to go find opportunities off-market to satisfy demand. I think that’s going to continue. I can speak personally—I have one of the most spectacular oceanfront properties in my pocket as an exclusive off-market listing. That’s all I can really say about it, but if you have $40 million to spend, I’m happy to share.

What do you like most about your job?
You set your own time. You decide where, when, how you’re going to work. It’s very much a eat-what-you-kill type of career, so you get out of it what you put into it. You are only beholden to yourself and only rewarded by your own efforts. It gives me a freedom in many regards to live the life I choose to live. I just choose to work my ass off because it is fulfilling. I get to work with amazing people within the brokerage community. Our clients are some of the most fascinating and interesting people in the world. The products we’re marketing are some of the most beautiful, exquisite homes on the planet. And I get to do that in a region that is simply spectacular.

You’re also home-schooling and working full-time. What’s it been like wearing those two hats?
It’s a challenge. We were fortunate that our kids were in class for the fall semester. It allowed us to catch our breath and refocus. But they’re home again. You know, they’re not young enough that they still listen to whatever we tell them and they’re not old enough to be totally independent, so it’s a big challenge. But it’s the same thing that everyone on the planet is dealing with, so you do what you gotta do.