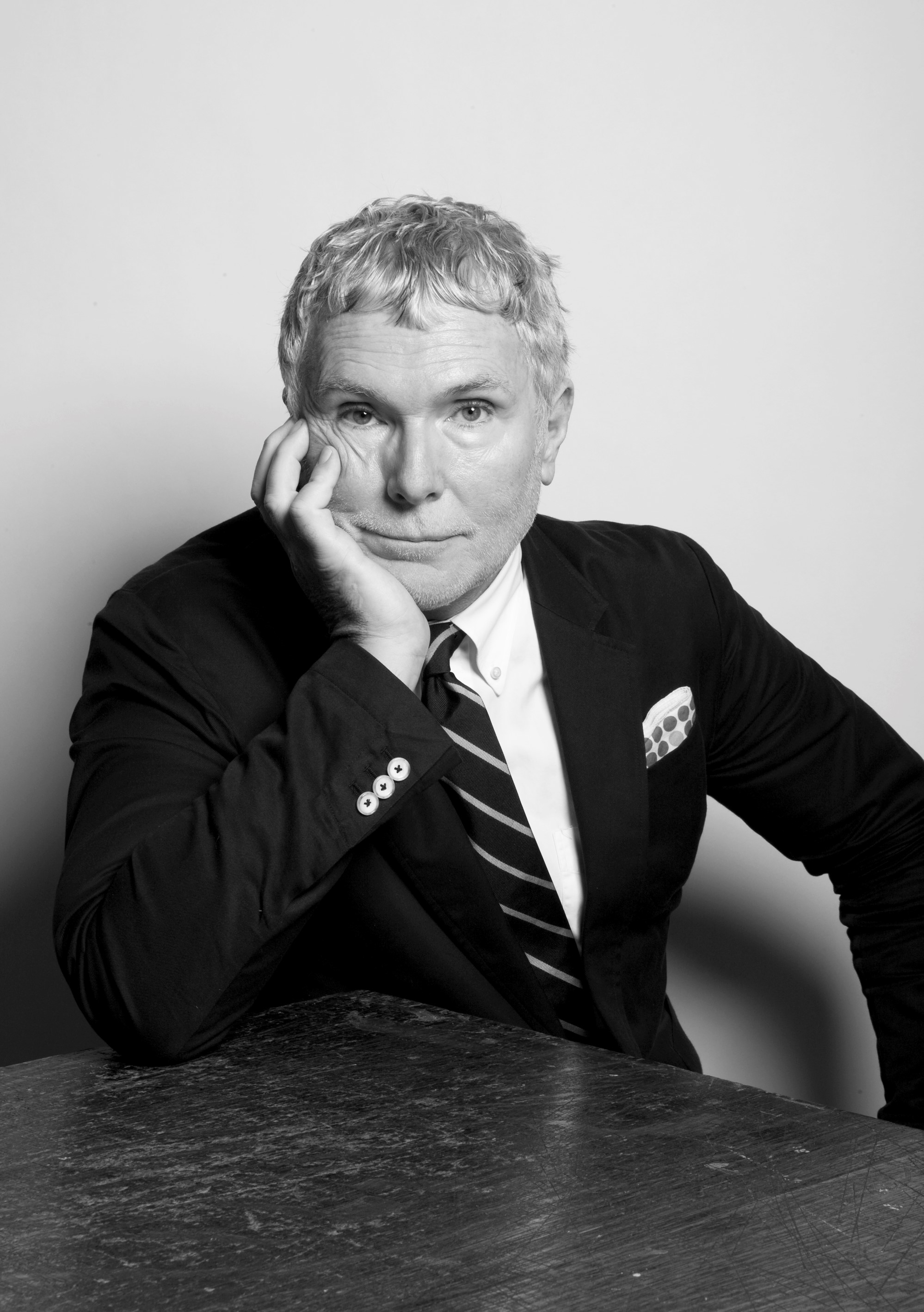 Dove Men+Care has nabbed Glenn O’Brien to front their new hairstyling and advanced face care products, which he’ll be using to style average Joes for the red carpet. We stole a few minutes with the man touted by GQ as “The Style Guy” to get the full scoop on this new gig, his fashion week plans, and other projects he’s got on deck for 2015.

What brought you on board with Dove Men+Care.
I suppose Dove Men+Care was looking for someone with experience in men’s style, and I’ve been writing on the subject for a long time. They also know that I don’t shy away from using a range of products; I don’t consider that feminine, but just good sense. I see lots of men my age who look the worse for wear, and I know it’s because they don’t take care of their skin. They don’t hydrate, they don’t use sun screen, they use the wrong shaving products. I like Dove Men+Care, because it’s a good value and it’s very accessible.

Who do you think are some of the best dressed men on the red carpet?
George Clooney always seems to set the standard.  I was actually surprised by how good the men looked this year. Michael Keaton looked exactly right. You didn’t notice his tux so much, but how healthy and fit he looks. Generally the men weren’t trying to out-cool one another; they were mostly in the spirit of black tie, which is an impeccable uniform. Of course they’re stars, so you had fashion details, some guys in black some in midnight blue. But it was more traditional. Less crazy colors. Almost nobody looked like they were going to a rave in Brooklyn. Well, except for Billy Bob Thornton, maybe.

What’s your approach to NYFW?
I used to be really covering it and had to go to everything. When you add it all up, with London, Paris and Milan, you’re gone for two months of the year.  I do miss going to Paris, but I don’t miss the rest. In New York, I just go to the shows of my friends or designers I really admire—or really interesting, up-and-coming kids.

Any predictions on a new location for NYFW’s shows, post-Lincoln Center?
I never liked Lincoln Center for the shows, because it’s so far uptown and during fashion week you’re always scurrying all over Manhattan trying to make the next one. Bryant Park was really the perfect location. I suppose they may try to go to the Piers on the Hudson, where the freezing gales blow in February.

What’s next for you? Any other awesome projects or partnerships we should know about?
I’m working on two books, and I can’t really talk about them, but one is about the art world.  You may also see my old TV Party show popping up again soon, both the old ones and some new ones.