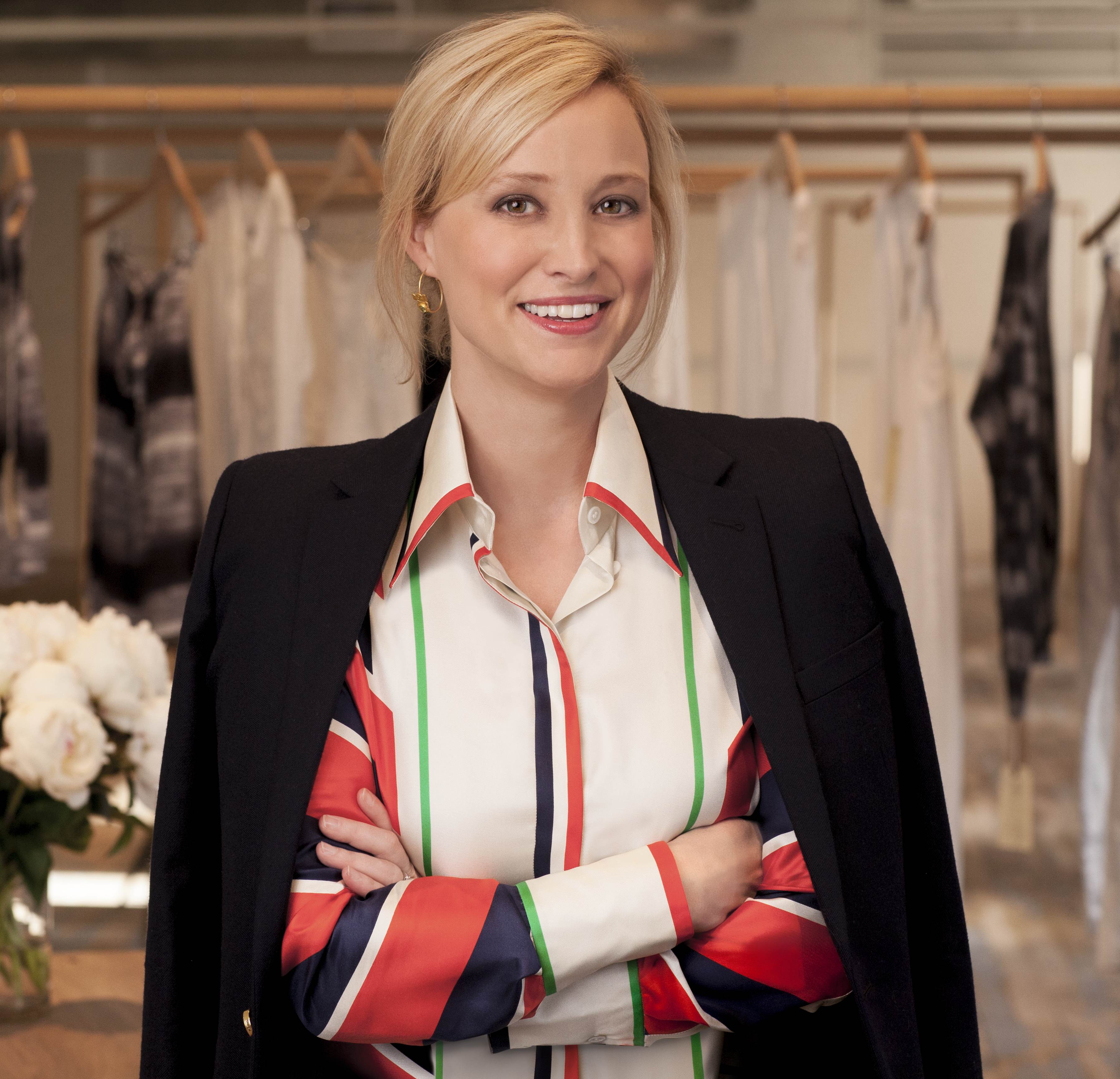 Southern belle Laura Vinroot Poole just might be the next big thing for independent retailers. Her Charlotte, North Carolina-based boutique, Capitol, is already a big deal to designers like Marc Jacobs and Giambattista Valli (she happened to host his first couture show stateside), who count her as a top retailer. She’s been featured in Garden & Gun  for her boutique’s chic vertical garden by the famous French botanist Patrick Blanc. Now Vinroot Poole is expanding her reach through a new app called House Account, which is devoted to giving exposure and generating sales for independent boutiques across the country. We caught up with the Charlotte chicette to find out what it’s all about. Prepare to be addicted. Plus! Check out what she’s carrying for Spring.

How did Capitol come about?
I grew up in Charlotte. My husband is an architect and we built this tiny 800 square-foot store when I was 25. It really took off. Charlotte may not seem like a shopping destination, but Bank of America and Wachovia [now Wells Fargo] are based here, and NASCAR has offices, too, and there is a great airport nearby, so there’s definitely a clientele for high-end clothing. I started with a few designers, and Marc Jacobs was one of them.

How did you get Marc Jacobs collection to sell to you in the beginning?
Just Southern charm! Really, it was just about being nice. It worked. People in Charlotte were just really hungry for something like Capitol. Women would always go up to New York once a year or to Bob Ellis in Charleston for shoes, or to Neiman Marcus in Atlanta. Nobody was shopping in Charlotte. It was so weird because there are people that have Rembrandts in their houses that would have to travel elsewhere to buy clothes. I really saw an opportunity and the clientele has been fantastic.

Was it harder to get European vendors like Givenchy and Giambattista Valli?
No! They’re obsessed with the south. I think we built a good reputation for being very discerning. We know our client, we know who we are, and we don’t try to be anything that we’re not. Our state motto is, “To be rather than to seem”. I think that’s really how my clients are. The European vendors just saw that we knew what we were doing. We carried crazy things, too. We carried Leonard Paris back in the day. I’m sort of a fashion freak, so we have always carried really interesting pieces. We hosted Giambattista’s first couture show in the states outside of Paris.

Wow! How did that happen?
He did one in Shanghai or Beijing a couple of months ago, but we did it in August in the Duke mansion, which was Doris Duke’s childhood home. The reason they let us do it is because I’ve sold so much couture from him.

Tell us about your new shopping app, House Account.
We have 450 boutiques across the country on the app. We built the app to support and drive business to independent boutiques across the U.S. It’s a navigation app, so wherever you are, you can see which stores are around you. You can basically go through the inventory of each store based on photos each boutique uploads of their merchandise. The photos are infinite. You can speak directly to a salesperson, call the store, comment on or like a photo, find out prices, find it on a map, and follow other shoppers.

What kind of photos are the stores uploading to the app?
These are all mostly iPhone photos that are being uploaded, which is what I like about it. When it’s just stock photos, it’s like kryptonite! It hurts your eyes. Each photo is taken inside the stores, on people, on dress forms, or coming out of the box, so you can get a feel for the store’s aesthetic and how they operate.

Why is it called House Account?
Because my best clients have house accounts. They’ll say, ‘Just put it on my account’. It’s kind of a southern thing.

What made you decide to launch House Account?
The recession. People wouldn’t come into the store. Some of my biggest clients worked for banks and couldn’t be seen shopping. They were like Marie Antoniette! We had to completely change the way we did business. All of our sales people started going to our clients’ houses. We would bring clothes to them, because people didn’t want to be seen shopping. I needed a new way to drive business. I just didn’t care for e-commerce. It didn’t make me feel warm or excited or loved or taken care of. It just left me feeling really cold. We built an e-commerce site, but I killed it after a week.

Why did e-commerce not work?
I spent a lot of money on it, but it just wasn’t going to be Net-A-Porter. The app makes a boutique discoverable. I’m really proud of what I do and I stand behind it, but no one is going to look me up or say, ‘I wonder if there’s this store in North Carolina!’ Even with bigger boutiques, it’s very hard to drive traffic to the site unless you’re a department store. We have this beautiful store with a unique selection, but how do you get new clients to discover your store? So I decided to build the app with a friend of mine who runs a tech company.

Why do you think the brick-and-mortar boutique continues to be important?
I think boutiques know their business better than anybody, and they know their client better than anybody. When we go to market to buy a new season and the vendor says,’This is our best seller’, I don’t really care. I know my client, and I know what will sell best to them.

Other similar apps exist. What’s different about House Account?
It’s really created for the boutiques more than the brand. We have some smaller brands on the app that aren’t necessarily available nationally, so they’re harder to find. They’re on the app because they don’t have a bigger means for exposure.

Has it driven more customers to your store?
It’s a big driver of business, for new clients, but especially my existing clients. I have some clients who look at what came in from their bed in the morning, and will text us directly about the item through the app. We have a lot of stores that tell us that they sell something every time they post. It’s crazy. They’re also shipping out boxes to brand-new clients.

What’s the most outrageous thing that’s been bought from Capitol on the app?
A Giambattista Valli couture gown. It was a second wedding dress, and it was $20,000.

Have you picked up any brands you’ve seen at other boutiques?
I’m looking at a jewelry brand, plus a shoe brand that’s like an Italian version of L.D. Tuttle. Of course, there are also stores that I’ve seen on the app that I’m obsessed with, like The Lady & The Sailor in Beverly Hills and Whistle Club in Santa Barbara.

Does the app create competitiveness amongst the boutiques?
The app has actually created camaraderie amongst these fiercely competitive stores that wouldn’t even talk to each other at the same market appointment before. They’re grateful to have these tools to reach a larger marketplace, but they also can link with each other to talk about what’s working and what’s not. There’s nothing else out there that’s really empowering an independent store owner, unless you want to shop in the world of Amazon and Drone deliveries. That’s so impersonal! I think people also connect with the owner or buyer’s taste; that’s why you connect with a specialty store. It’s really important we support the local boutique. Until now, there hasn’t been this platform to band us together. 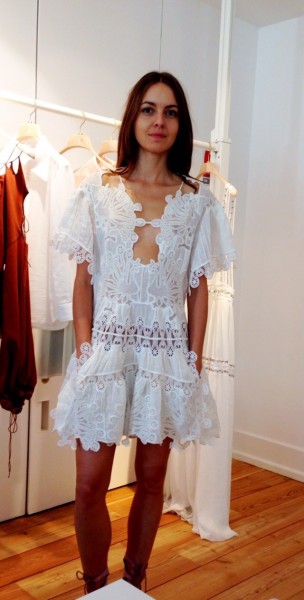 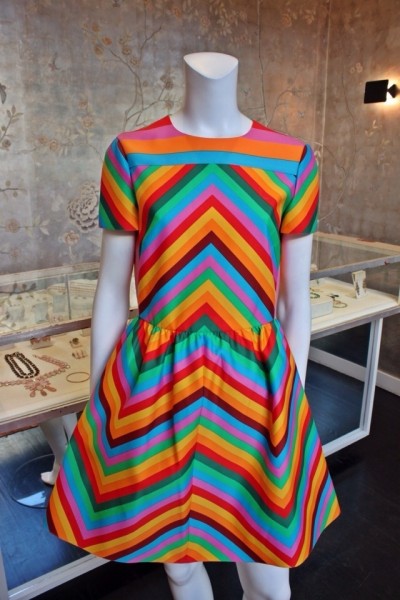 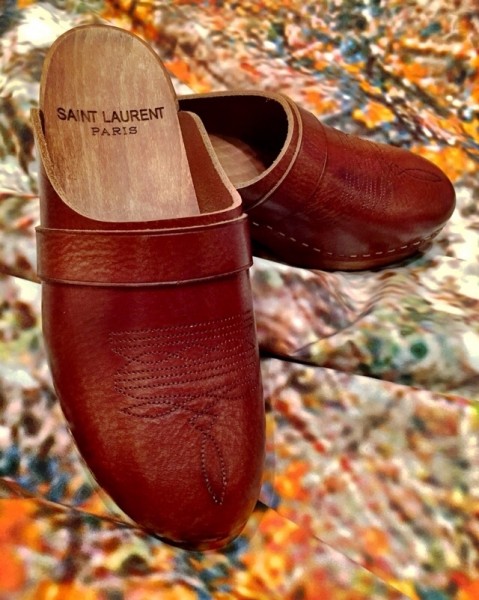 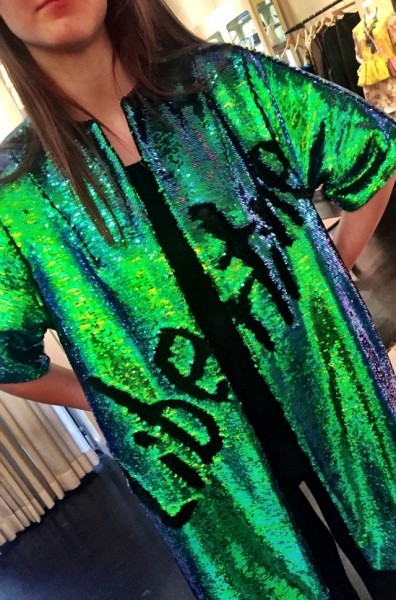