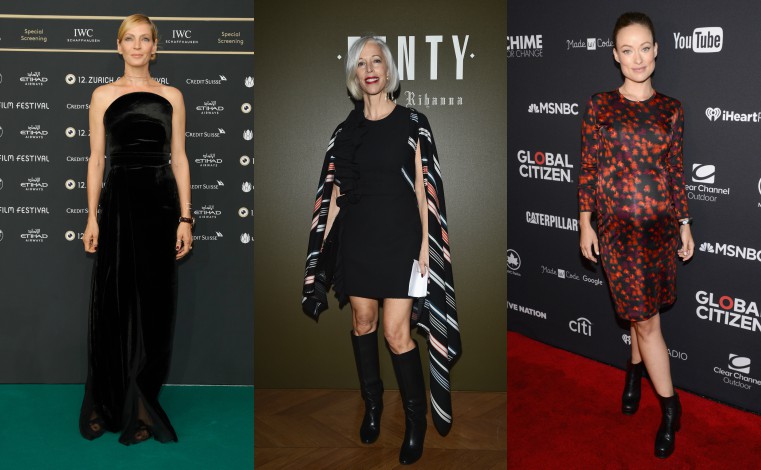 Harper’s Bazaar has just released its annual #WomenWhoDare list in its November issue, which features a roundup of trailblazing women who are daring to change the world. The list includes women from a variety of fields, from artists to activists to up-and-comers to innovators, but what unifies them is how they’ve all taken chances. That is, in challenging themselves, changing the way people think, defying expectations, and celebrating their own individuality. This year’s list includes Democratic presidential nominee Hillary Clinton, SVP and director of Bergdorf Goodman Linda Fargo (who breaks down how to be daring when getting dressed), singer Soko, former DKNY PR Girl Aliza Licht (who dishes on how to use social media to get ahead in your career), Transparent star Judith Light, actress Amanda Booth, artist/model Langley Fox, and actresses Olivia Wilde and Uma Thurman.

“You know what daring really is to me?…The willingness to get up and try it again,” said Thurman on what it means to be daring. “It’s not about whether or not you fall down, it’s how you get back up. And I’ve taken quite a few tumbles, myself.” As for what Wilde thinks we collectively need to “dare” ourselves with these days? “On a national level, just a few small things: 100 percent voter participation (voting day should become a national holiday); massive criminal justice reform; assault weapons banned for good, extensive background checks, and a nationwide buyback of automatic weapons; the rejection of racist, sexist, and xenophobic policies; the tripling of teachers’ salaries; and a complete overhaul of the factory-farming industry,” said the actress.