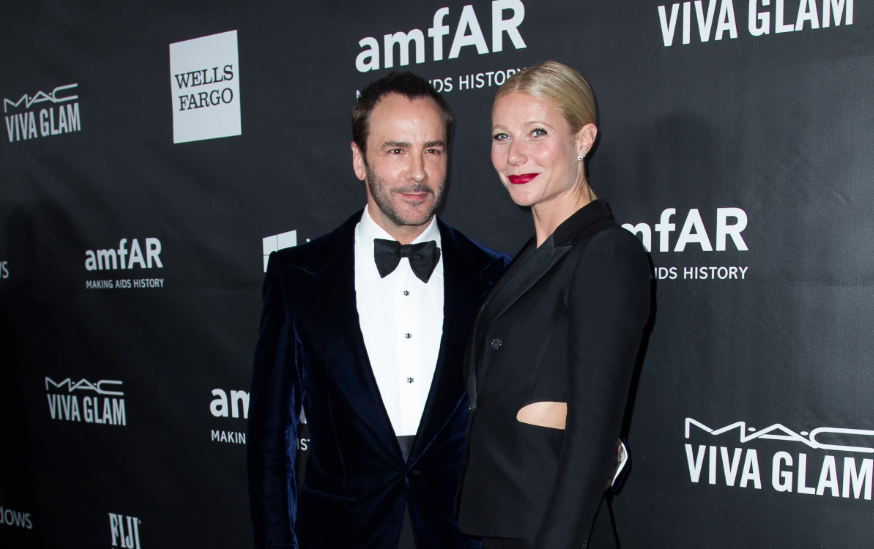 On the heels of Ruffian showing their Spring collection and DSquared2 celebrating the opening of their first U.S. store in Beverly Hills, Los Angeles’ “unofficial” fashion week continued last night with West Coasters heading to Milk Studios for the 2014 amfAR Inspiration Gala honoring Tom Ford, who will bring his Fall collection to town next year. As expected, Ford brought a bevy of his A-list friends to cheer him on last night, such as Rihanna, Gwyneth Paltrow, Miley Cyrus (all wearing looks from his Spring/Summer 2015 collection) and Eddie Redmayne, Chris Martin, January Jones, Justin Timberlake, and Rita Wilson. Paltrow hosted the evening, while her consciously uncoupled pal Chris Martin and Coldplay bandmate Jonny Buckland performed two tunes. The surprise act of the night was a performance by Diana Ross, who closed the evening singing “I Will Survive” and “Ain’t No Mountain High Enough.” The black tie eve raised $3 million for HIV/AIDS research and was produced by Josh Wood Productions. Tonight, the fashion festivities continue with CFDA award winner Irene Neuwirth celebrating the opening of her first retail store, on Melrose Place in West Hollywood, with Andy Samberg, Claiborne Swanson Frank, Abigail Spencer, and Busy Phillips expected to attend. L.A. is in it to win this week.

you are right, TF always get inspired from everyone’s designs. that cut out jacket on goopy was definitely inspired by Jean Paul Gaultier’s past collections.