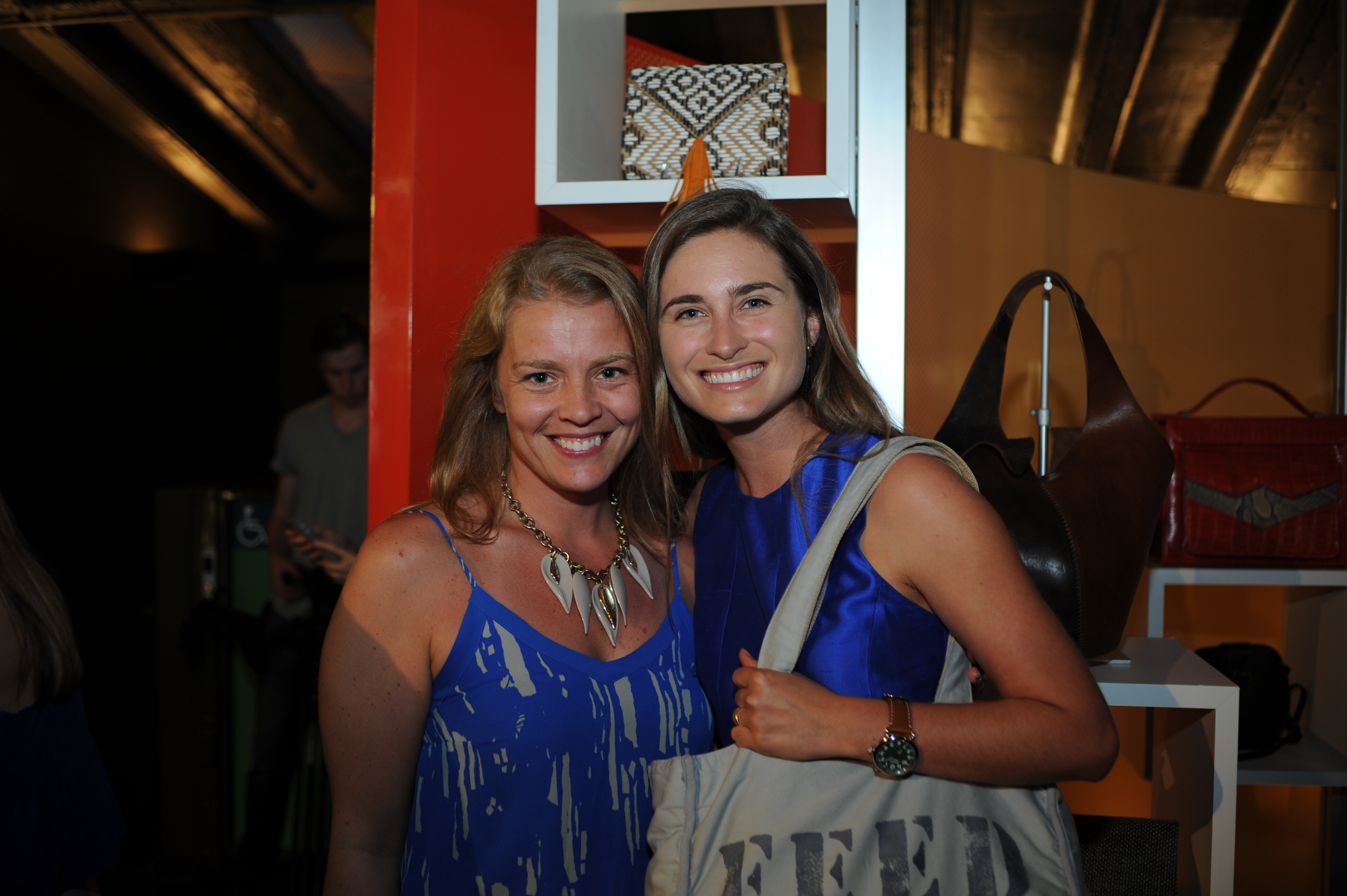 Getting noticed as a burgeoning accessories talent is tough. Lucky for the handbag-crafting set, there’s Emily Blumenthal and the Independent Handbag Designer Awards. At the eighth annual Independent Handbag Designer Awards on Wednesday, Blumenthal, who founded the awards and designs her own carryalls, described the struggle a designer goes through. “It’s really a labor of love. Designers work tirelessly every day to get recognized in this sea of sameness,” Blumenthal said. “It’s easy to become a designer—anyone can get a sale. But that doesn’t mean you have a business. That’s what we’re here for.”

Since 2006, the accouterment-specific accolades have been making dreams come true for aspiring designers across the globe. This year, Blumenthal received over 1,500 applications from countries including Kenya, Italy, Egypt, New Zealand, and Israel. This year’s festivities were held at the SVA Theater in Chelsea and boasted an esteemed judging panel that included Kenneth Cole, Lauren Bush Lauren, InStyle’s accessories director, Leah Karp, and Deborah Lloyd from Kate Spade, just to name a few. The evening began with champagne, sweet potato lollypops, truffle pastries, and red velvet cupcakes. At 8 p.m., the crowd relocated to the theater and settled in for the awards.

“If you’re a handbag designer, you know you have to be part of this event because this will fast track you,” Blumenthal told the audience. “There really is no other way in this market and in this really crowded industry to get discovered.”

Designer Monica Frisbie agrees. “It’s so amazing that these awards exist. It’s lonely being an independent designer, so all this support is wonderful,” she said. “This is my second time being nominated and it’s a real blessing to be here. The energy is contagious!” Frisbie won her category this year, receiving the FEED award for the most socially responsible handbag. Frisbie will go on to receive a feature on FEED’s website, feedprojects.com.

Other winners of the night include: Morgan Richards for the Optitex best student made handbag, Gili Rozin Tamam for the Bernina Best handmade handbag, Carolina Riffi Ollite-Hopman for the Timberland best green handbag, Tika Kuchukhidze for the distinctly denim by Guess handbag, and John Edwards, who won both the best handbag in overall style and design as well as the InStyle fan favorite award.

Richards looked to a specific family member as a muse. “I wrote my Uncle Dean’s story on the side of my briefcase to demonstrate that everyone’s story is important,” she said in her acceptance speech. Instead of choosing to submit the usual purse or clutch, the 23-year-old designer whipped up a suitcase, which made her stand out against her fellow nominees. “My briefcase is actually inspired by my senior collection, which started off as a unisex line but ended up being just menswear,” Richards said. “I have a real passion for menswear.”

The recent Savanna College of Art and Design grad said that in five years, she hopes to have her own menswear company that specializes in handbags and footwear. However, in her personal life, Richards admits that she’s not a “big bag” person. She leaves just enough room her lipgloss, business cards, and cell phone. What’s Richards’ recommendation for the hottest summer handbag? “I’m all about classic silhouettes,” she said. “I’m very inspired by I Love Lucy, so something very classy, small, and dainty is always a favorite.”

For Blumenthal, this summer is all about the ever-effortless crossbody. “Hands-free for the win!” she said. “We’re doing way too much and we need our hands to be free.” Wearing a vintage dress that she revamped herself, Blumenthal carried her own wristlet wallet fusion design that launched her career. “This way you can go out and everything is in the palm of your hand,” she explained. The tiny design may look small, but it’s mighty. Blumenthal says it can fit everything you need when you go out. Carrie Bradshaw agrees, as Sarah Jessica Parker carried one years ago in an episode of Sex and the City. Although Blumenthal is the fairy godmother of handbag designers and has had major success as a designer herself, her personal handbag collection isn’t as large as you may think. “I only own two labels,” Blumenthal said. “But I’d have to say I envy Gwen Stefani’s collection. Gwen Stefani is the answer to everything.”

Next month, Blumenthal will start her ninth search for the next big handbag designers as well as begin casting for a TV show, relaunching Handbag Designer 101, and putting together a second book. Until next year!
KATHLEEN HARPER