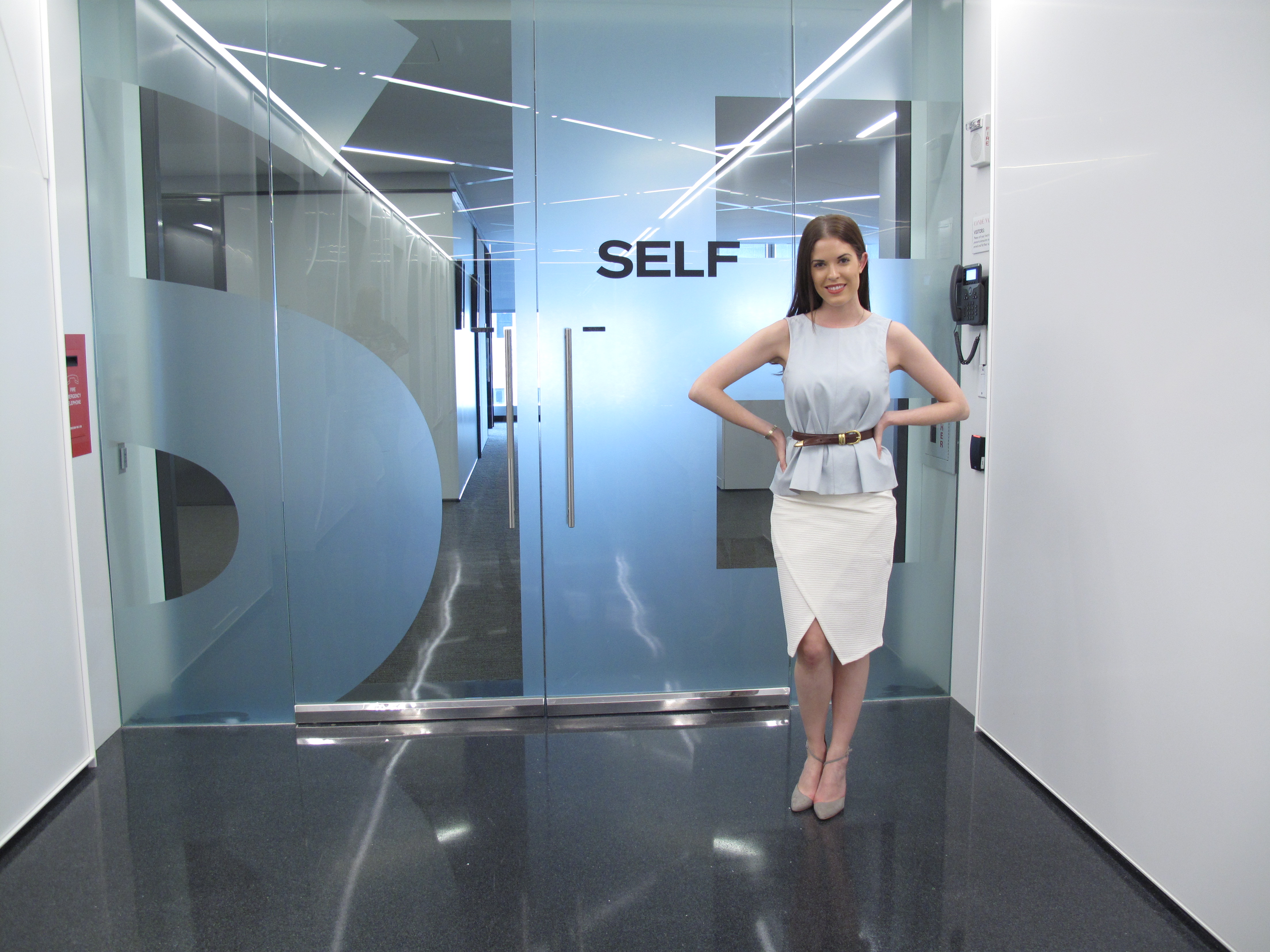 We’ve pretty thoroughly covered Joyce Chang‘s move from her post as executive editor at Cosmo to editor-in-chief at SELF, and we’ve even worked out with the editrix. Now, meet her chic assistant, Alexandra Engler. We sat down with the Nebraska native to see what her day-to-day is like chez Condé, and what her own fitness regimen is like.

What’s your story?
I grew up in Lincoln, Nebraska and I went to school at Marquette University in Milwaukee, Wisconsin. I studied journalism and I always knew that I wanted to move to New York and work in the publishing industry. During college, my first internship was with Sports Illustrated; two days after graduation I moved here for an internship with Esquire. I was freelancing for a while after that. My editors at Esquire then recommended me to Joyce, back when she was at Cosmopolitan. She was looking for an assistant, so I interviewed with her and we hit it off.

What happened when you learned Joyce was taking over as editor-in-chief at SELF?
It was definitely a little crazy and a bit of a shock! I was at Cosmo for six months when we found out. I love working for Joyce, but I didn’t want to assume that she was going to ask me to come with her. Later that day, she said, “You know if you want to come, there’s a spot open for you.” I decided to follow her, because I love having her as a boss.

Is your role here different from what you were doing at Cosmo?
It’s just more chaotic! Obviously, Joyce was busy as executive editor [at Cosmo], but that was nothing compared to what she does as an editor-in-chief. Since we already had a solid work foundation and work relationship, it wasn’t as hectic as it probably could’ve been.

What is a typical day like for you lately?
I do a lot scheduling for Joyce, so I usually come into the office and start off answering any remaining emails and scheduling anything that we weren’t able to the day before. Once Joyce gets in, that’s when the ball gets rolling. I do a lot of ushering people in and out of meetings and making sure she’s running on time. She has an extremely packed schedule and I’m a very punctual person, so it drives me crazy when the schedule isn’t on time. I’m also lucky enough to be able to write one of our fashion pages every month. I’ve also been writing a little bit online, so I usually get that done at the end of the day when the office is empty and I have a moment to myself.

Do you designate time in Joyce’s schedule for workouts?
I do help her with her fitness schedule! And now that she’s running a 15k, I’m scheduling her running too.

What’s lunchtime like in the SELF office?
Joyce and I usually order from the same places; we get a lot of salads from Chop’t, sushi from Blue Ribbon, and soup. We’re always testing out different dishes.

What’s the current salad obsession?
That’s a very SELF question! Right now I’m into a salad from Chop’t salad with mixed greens, grilled chicken, black beans, corn, tomatoes, and their Mexican Goddess dressing, which is so good. It’s spicy, but not too smoky; it tastes like a fresh, green salsa.

What’s the deal with green juice and coffee here?
I’m a huge green juice fan and we end up getting sent a lot of those, so Joyce’s fridge is always stocked with them. As for coffee, I always start the day with a cup, and so does Joyce. I’ll go on a coffee run in the morning to the Condé cafeteria; Joyce typically gets a café au lait with two Sugars In The Raw. I’ve switched over to iced coffee now that summer’s on the way.

What’s the best job perk?
The workout classes! Boutique fitness classes have been on the rise for the past few years, so there are always new studios to visit and new lines of activewear to try out. To be the people that get to experience it first is just a ton of fun.

How often do you hit up workout classes?
I take at least one or two classes a week, and I work out in my [apartment] building at least three times a week. I try not to over-schedule my week with classes, because I don’t always necessarily always know my schedule.

What’s your current fave fitness class?
Recently I took a class at Overthrow, an underground boxing place where you have a beer afterwards. Is there any better way to start your weekend than to punch things and have a beer? I recently got into cycling, so I’ll do Flywheel and SoulCycle. I think I took too many barre classes over the winter, so I’m taking a break from those.

Do you ever work out with Joyce?
Whenever Joyce takes part in a SELF Fitness Crawl, we’ll work out together. The Fitness Crawls are organized by our fabulous online and print fitness editors. They reach out to studios and schedule a time, and only SELF people are in the class. We did those a lot when we first moved to One World Trade Center.

Is it the norm to see SELF staffers decked out in workout garb in the office?
Yes, but they’re not wearing it all day! In the mornings, people will walk in wearing leggings and tennis shoes, or you’ll see the bathroom overrun with people at 6:30 p.m. changing into workout clothes.

Where do you see yourself in five years?
I love SELF, I love the family here, and I love what we do. I would love to stay here for as long as they would have me, so hopefully in five years I’ll be an editor!