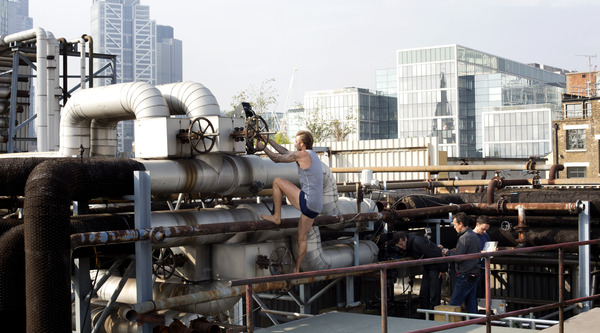 David Beckham is heading to the Super Bowl in a campaign for his Bodywear line with H&M. Billed as a groundbreaking campaign, the 30-second spot will feature never-before-seen technology from Delivery Agent. For the first time ever, viewers with select Samsung TVs will be able to buy pieces from the collection instantly during the game through the t-commerce platform. (We’re not sure how well that’s going to fly during the actual game, but it is a beyond cool notion.) H&M is also running a grand prize giveaway via Facebook and in stores for one lucky bugger to win a three-night trip to New York City, two tickets to the Super Bowl, and the chance to meet the David Beckham. You’ll faint, hyperventilate, and take selfies together. Now that could get us excited about a football game.