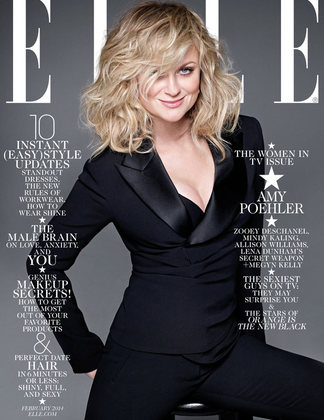 Elle celebrates women in television with a special issue featuring some of the leading ladies of the boob tube, including Amy Poehler, Zooey Deschanel, Mindy Kaling, and Allison Williams. We can’t take our eyes off of this sexy upgrade for Poehler, who sports curls and cleavage for her cover. The Golden Globe host sounds exhausted telling them: “Sleep at this point is just a concept, something I’m looking forward to investigating in the future.” She’s due for a nice, long nap after the Globes (aka the show after all those red carpet looks get ogled over and dissected) air on NBC this Sunday.