The Show Goes On for Maybelline New York 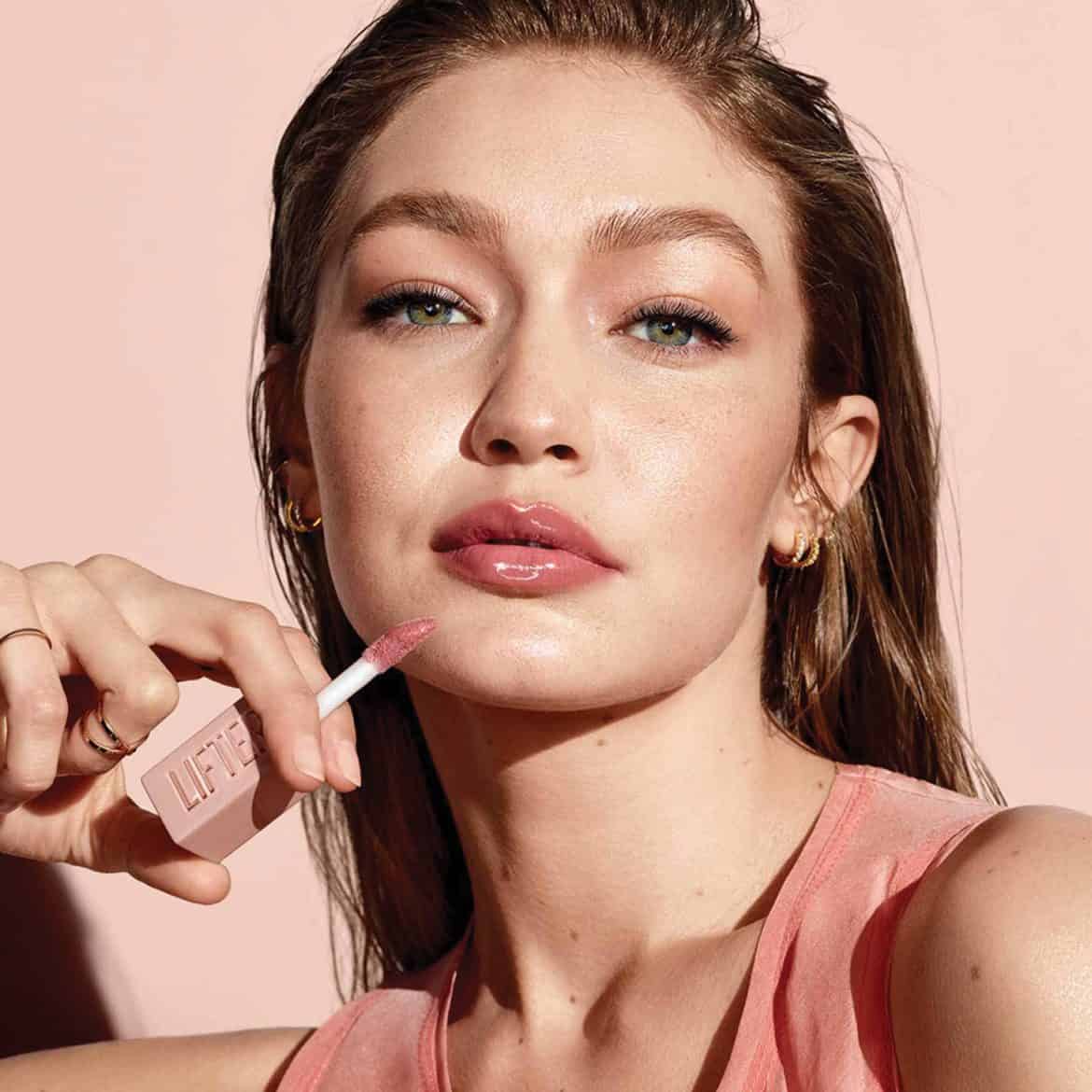 While there might be less front row action, designers are still finding ways to present their latest collections! Enter industry makeup mainstays like Maybelline New York ambassador Vincent Oquendo to make sure the final beauty look is just as polished as the fashion. 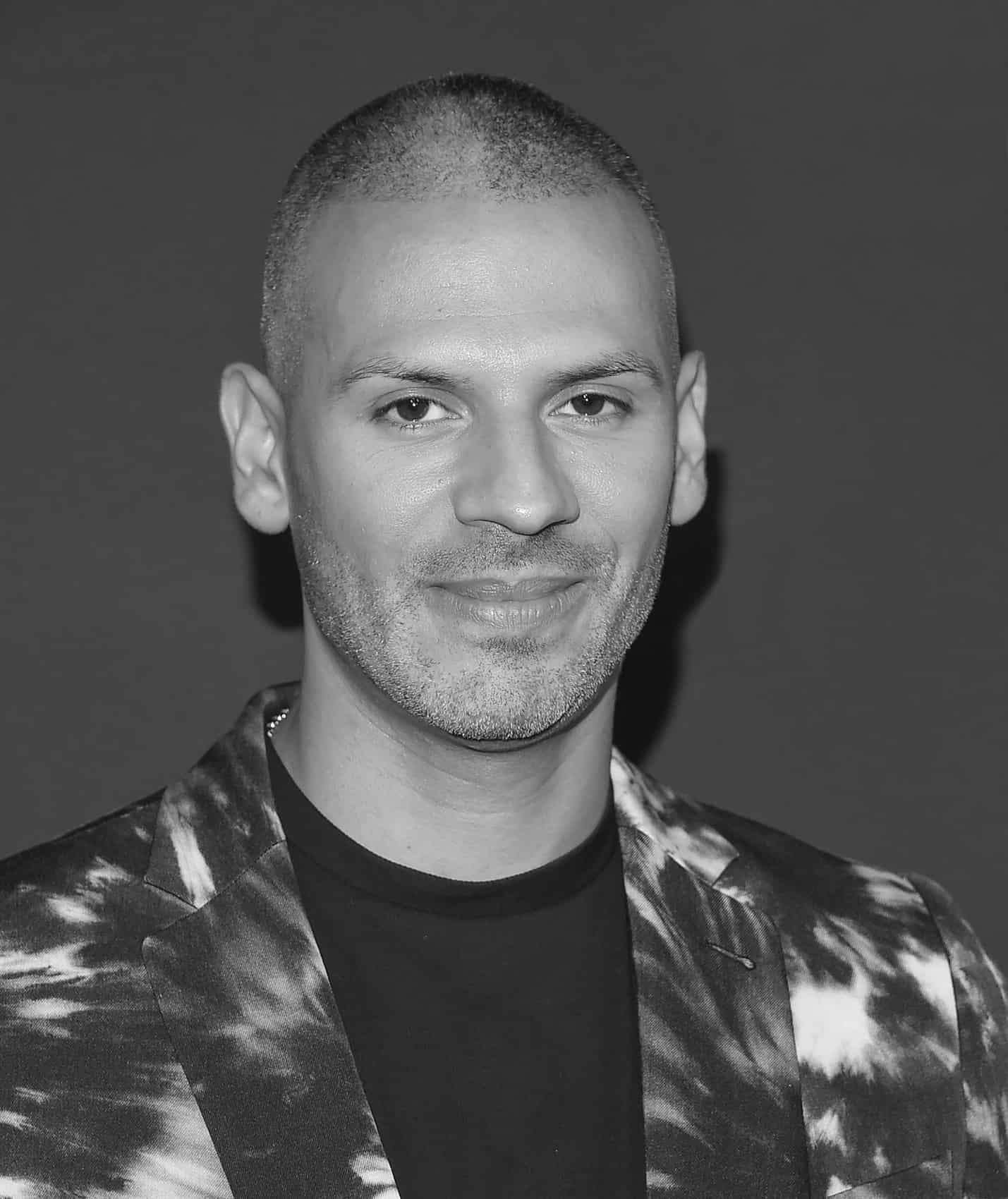 Even during this time of social distancing, people are still all about beauty! Are you seeing any emerging trends?
You know, it’s no mystery people are going way bolder with their makeup. I find that people have the time now to devote to being more adventurous. Now, a lot of people are doing bigger eyeliner looks which as a makeup artist, I would see it amongst my peers. I would see other makeup artists doing that kind of thing, but I’m seeing it more amongst people that I would never think that I would see these kinds of bolder looks. It’s more graphic, a more unconventional shape. I’m seeing more colorful looks as well.

Do you think since everyone is on Zoom and other forms of social media that it’s impacting these bolder looks?
I think people want some kind of control. I’ve been thinking about this a lot lately like the Renaissance and times when we’ve seen a surge in art. There’s been some terrible things happening so I think we’re sort of on that precipice. There’s so much happening in the world that people are getting overly creative because they’re very stressed and even for me as an artist, I am venturing into different ways of being creative too. 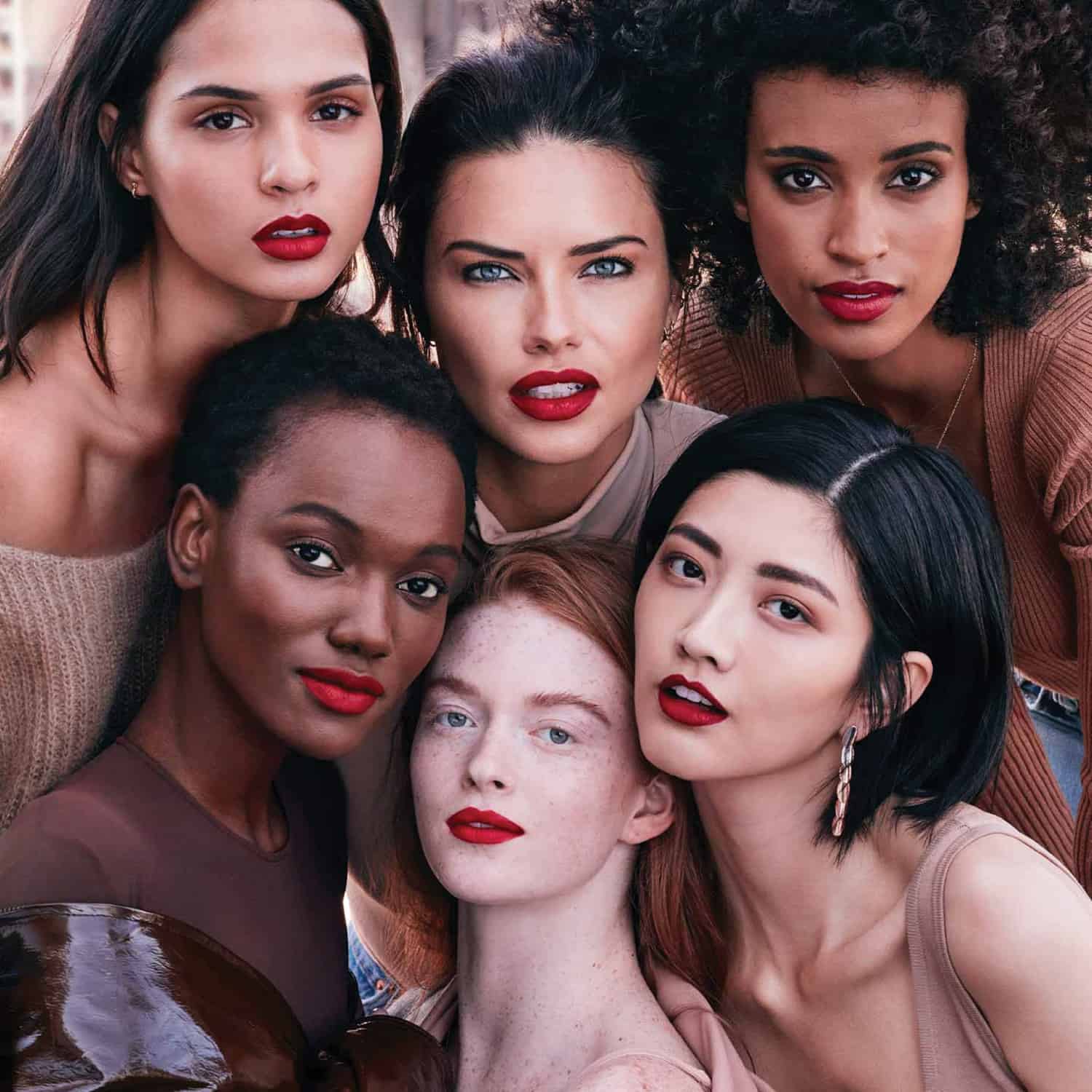 So, you’re excited about seeing this surge in adventurousness.
Absolutely, because this is a song that a lot of makeup artists have been singing for a long time. When we see big bold looks and people sort of embracing it, it is really nice. It makes us happy and I’ve found personally that I’ve been getting tagged in a lot of things like red carpets where I’ve done bigger looks for someone like Ashley Graham. People are recreating them. Even things I’ve forgotten about! It just brings me joy that it still influences and inspires people.

Who are you following?
They’re usually my peers but I just love Jillian Dempsey. We did a press tour together for Charlie’s Angels and she was doing Kristen Stewart. I know her process and find it incredibly inspiring. We had to collaborate with the three and they need to look alike but not identical, but they had to fit together like a collection. We did a specific kind of look—bold winged eyeliner with a floating liner on the bottom. She was working right behind me and I remember thinking the way she was applying the pigment was so different than the way I would. I appreciate that but I would have never done it that way. And I’m going to keep it in my back pocket! I thought it was so beautiful and it was so effortless as an artist, we want the makeup to look effortless, even when it took great effort.

How do you think the digital and social media world is affecting the beauty industry?
It’s kind of an opportunity. No, it’s not kind of…it is an opportunity. People are referencing things that artists like me have been doing for years. They’re sort of looking through my catalog of work and pulling it out, dusting it off. I’ve always created looks that were aspirational. I wanted to create a lot of really bold looks that inspire young people because for me growing up I didn’t see anybody like me. I’m Puerto Rican, and I have a deep olive skin tone. Now, there’s a lot of diversity. That’s what I love about Maybelline New York. The brand thinks about those kinds of things. They have shades with depth and that’s what’s most important.

Are you excited about any new products they’re releasing this season?
The new brow crayon! It’s almost like a pomade but it also has fibers. That’s what makes it special because for a long time the products either just had fibers or just color or a wax. This is combining all three. So, you get that perfect texture. Your brows are going to stay filled out, you get the color and you get the depth. If you have sparse brows, it’s going to give you that brow hair texture because it grabs onto your actual fibers or inlays on the skin. It looks like actual hair. 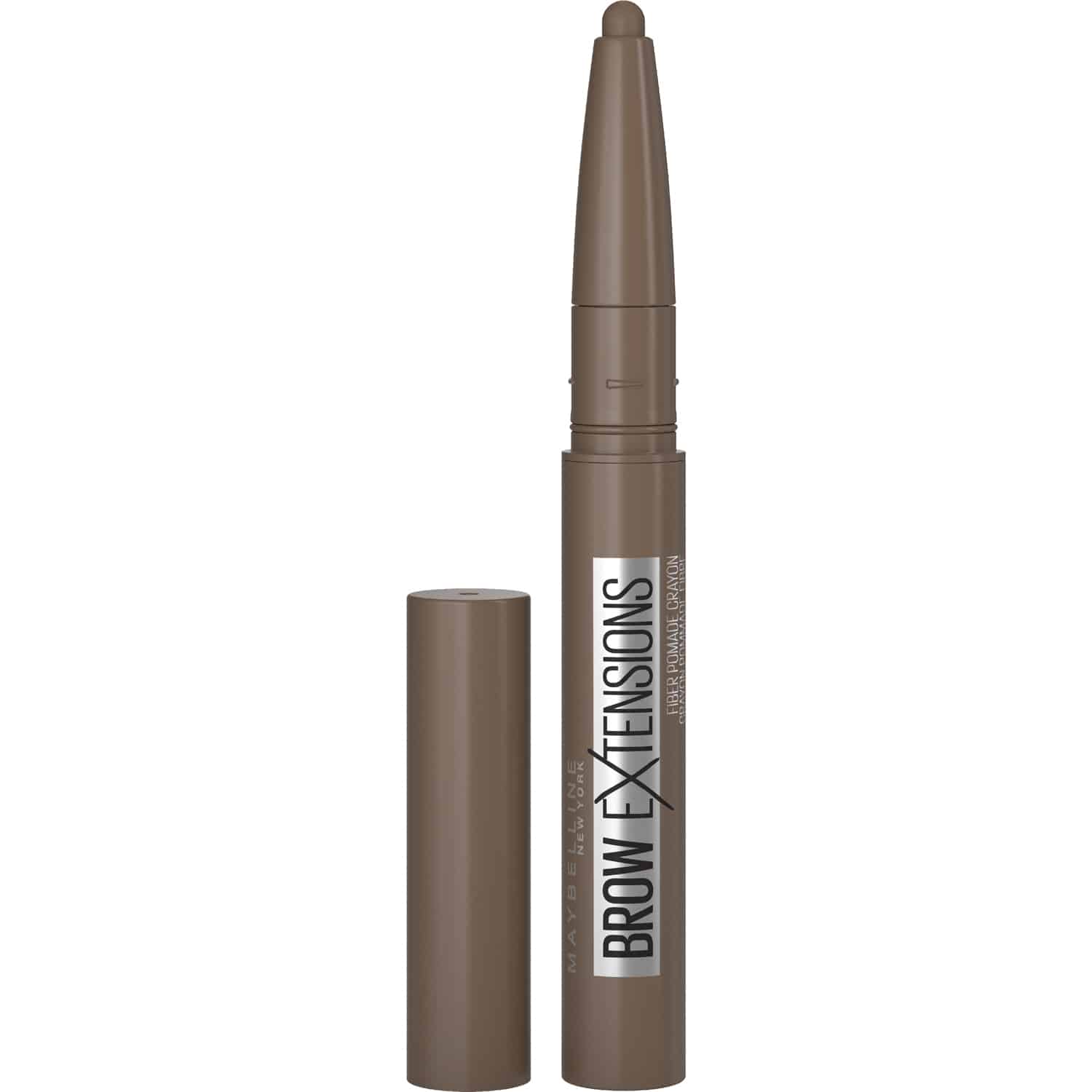 And then there’s the new gloss too.
Yes, it has hyaluronic acid in it which makes it feel comfortable There’s a diversity between a matte and a gloss which sounds insane! But to me is it’s beauty babe. I want something that shimmers, but it’s also matte…but it’s also shiny. It’s not going to give you that glittery gloss, which I love because you can just press it on your lips and it’ll just look like your lips are shiny and healthy. The hyaluronic acid is the stuff that makes your skin plump. It’s what gives you that bounce to your skin. Ultimately it’s going to smooth and hydrate.

Let’s get back to Fashion Week or what is the new Fashion Week. You’re actually working on a show with Christian Siriano. How does that process work now?
Christian and Maybelline have been really amazing and meticulous about safety, planning exactly what we’re going to be doing, how, and a lot of conversation to make sure everybody’s safe. We all want to make sure everybody’s doing the right thing and feels comfortable. It’s been such a positive experience to be completely honest with you. And I think it’s going to be a fabulous example of what the new normal is going to look like.

That being said, are you missing any of that NYFW ‘chaos’?
I do a little bit. I miss the excitement and the anticipation but it’s funny because I’m still feeling it even now. It’s nostalgic and yes, there’s fear because of COVID but there’s also the natural fear that I get before a show asking myself, ‘Is this going to be good?’ Not the collection! The makeup look. Am I going to create something that I think nailed it or not? I’ve done shows all over the world and I still always get those butterflies. But Christian is such a show man. I’m really looking forward to it and very excited about creating something memorable. 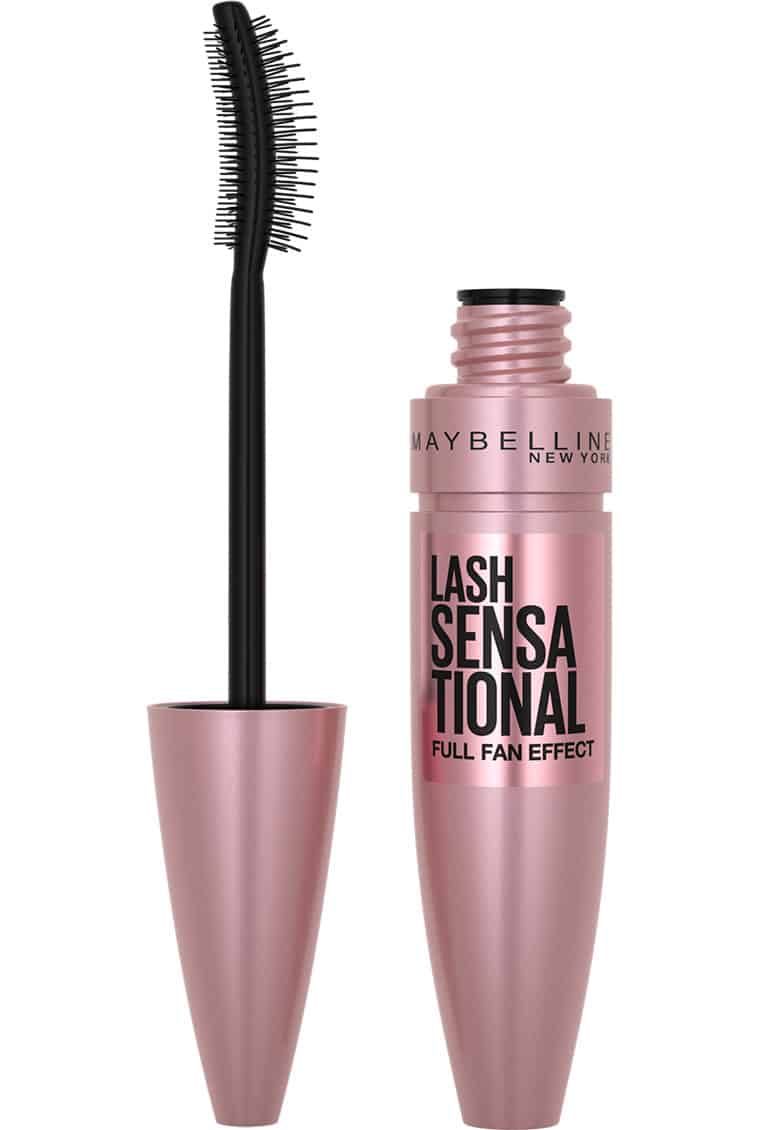 You have such a great outlook. It seems like hair stylists and makeup artists are always so positive during Fashion Week.
We set the tone whether it’s on a photo shoot or whether it’s for a show or even when a celebrity is going to go to a red carpet. Hair and makeup can decide the mood because when they get out of that chair and you’ve been nice and pleasant, it puts that person in such a different mental state. It’s really nerve-racking for them and anything that can make them feel more comfortable? That’s my job. I try to make everybody feel a little more at ease and if I can do that then I’ve done a good job.

Where do you see the beauty industry going in the future? 2020 has been rough!
If you want to get into this business now, I would suggest that you brush up on safety protocols in this new world like which brush cleanser to use or even what disposable tools like sponge applicators that can be thrown out after they’ve been used. Do it right and make sure everybody’s comfortable, hygienic, and safe. I think that’s the number one thing to think about. And the makeup look isn’t secondary but people should just take their time and do it, right.