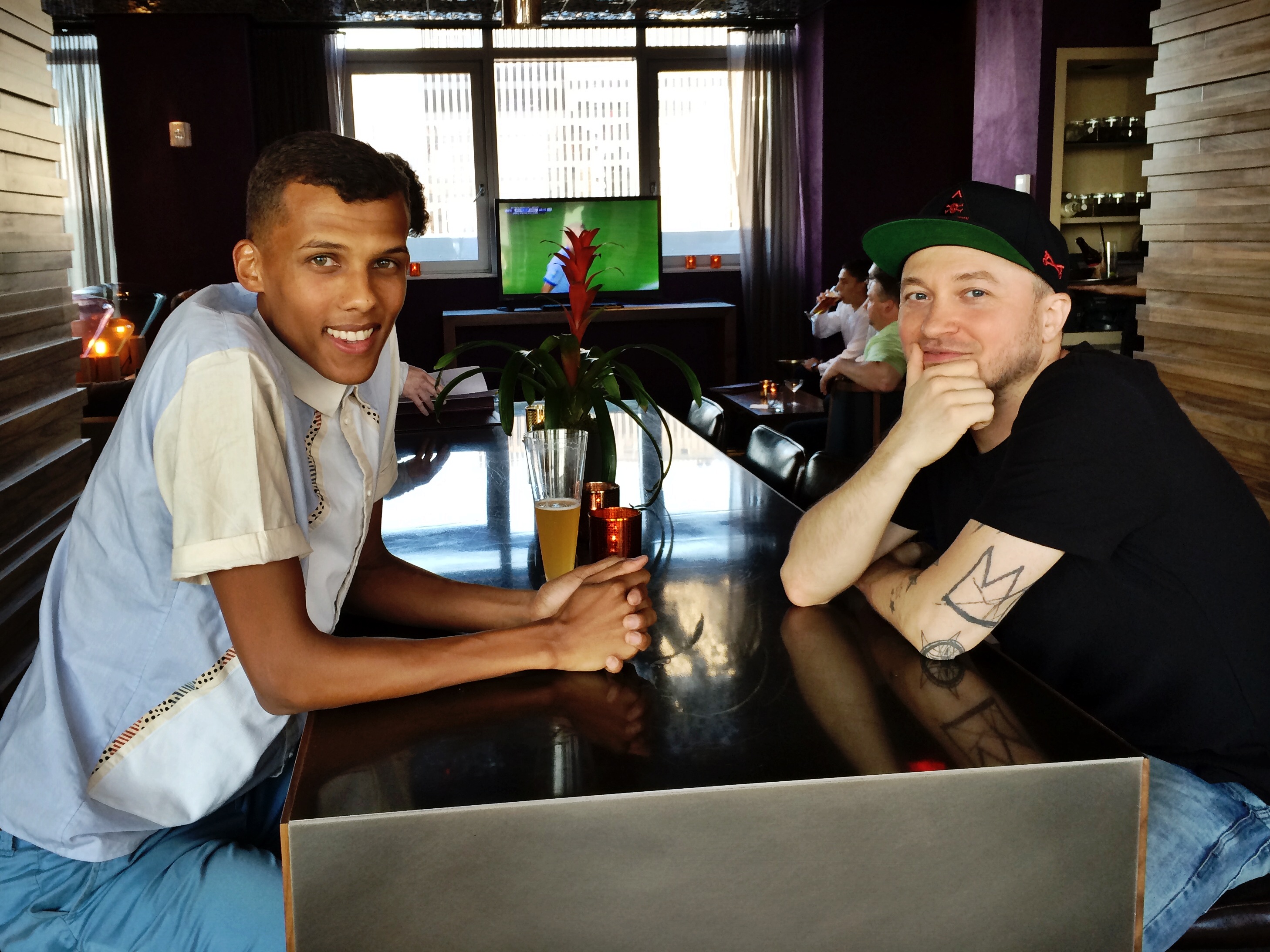 He’s baaaaaack! Have you missed your weekly recap from Sergio Kletnoy, Cosmo superassistant to EIC Joanna Coles (and oh so much more)?! Obviously. Lucky for you, Kletnoy’s been up to plenty since we last heard from him, and of course, he’s here to hash out everything. Haute screenings! A boozy birthday outing to Sleep No More! A bit of schmoozing with the musicians you’ll need to add to your weekend playlist, ASAP! Take it away, Sergio…

It’s only been two weeks, but it feels like forever since my last post! So much has been going on in CosmoLand that my weekly diary took a backseat. But don’t you let your fashion forward, pop culture little heart worry – I am back and better than ever!

THE BOSS spent last week in the French Riviera at the Cannes Lions International Festival of Creativity or in simpler terms a fancy party where big shots get together, congratulate each other on their fancy new ideas and projects, consume lots of fancy rosé, trash the hotel and get drunk off the mini-bar…” Kidding! (cue Iggy Azalea’s “Fancy”). I, of course, had my own adventures…

First up, Yves Saint Laurent Beaute & The Cinema Society premiere of The Weinstein Company’s Yves Saint Laurent at The MoMA. Before the film began, I played the game of spot the mover, shaker or power player: Harvey Weinstein, Grace Coddington, Martha Stewart, Gina Gershon, Karlie Kloss, Matchbox 20’s Rob Thomas, David Blaine, Ingrid Sischy and Sandra Brant, Patricia Field, Elisa Sednaoui, Condola Rashad, Nicole Miller, Missy Rayder, Sante D’Orazio, Harry & Peter Brant, Olivia Palermo, Fern Mallis, Amy Sacco, Olivia Chantecaille, Nicky Hilton, and Sia, who remembered me from the time I interviewed her and gave me a kiss on the cheek (I was in heaven!) The film is dark and beautiful and tells a very personal story about one of fashion world’s biggest icons, who had a pretty disturbing life. Laurent is played brilliantly by Pierre Niney, and although the film is entirely in French with subtitles, it’s not to be missed.

A few days later, I interviewed one of the hottest international superstars in the world for Elle.com. His name is Stromae, he’s Belgian, and his last single “Papaoutai” went #1 in 16 countries and Top 5 in 31 more countries. With a stateside TV debut on Late Night with Seth Myers and a sold-out concert at Best Buy theatre, Stromae is ready to conquer America. Oh, and he also sings entirely in French but I promise you’ll be hooked from the first listen.

I attended another screening for the Screen Gems and The Cinema Society paranormal thriller Deliver Us From Evil. The film is based on real life events, which took place not far from where I grew up in the Bronx. I screamed, closed my eyes, and jumped from my seat one too many times. I’ll most likely hold off on my next visit to the Boogie-Down to visit family for a while. Sorry, Ma, but whatever was haunting those people might still be roaming the streets. If you love scary movies, you must see it.

I also met with up with Laurel, another single-name musical wonder. She’s a twenty year-old singer-songwriter, from Southampton, England who fits perfectly somewhere between Lana Del Rey, MØ, and Britney Spears… Ok, ok, the Britney part is only because they’re both blondes, but Laurel loves Brit Brit, so I’m sticking to my reference. When I heard her single “To The Hills” back in March I was instantly hooked. A few minutes into our meeting, Laurel told me that she wouldn’t mind interning for moi, but only if she doesn’t have to make me tea…Obviously if I have to make tea for my boss, Laurel won’t be excused from the same duties. Somehow I think that being a pop star is a lot more fun. Be sure to check out her latest single, “Shells”. It’s excellent!

My BFF Courtney also celebrated her “21st” birthday, or, as Mariah Carey refers to that unnecessary day of getting older, “an anniversary”. Courtney gathered our group of friends at the McKittrick Hotel for a production of Sleep No More. It tells a story of Macbeth, with audience interaction and no speaking from actors or the audience. We were instructed to remain silent and masked at all times, but we chose to ignore that memo and were repeatedly warned by the staff to shut our traps and keep the masks on. When I tried taking a photo I was yelled at by one of the actors and was warned one last time. Lucky for them, it was five minutes before the finale and I was able to control myself. We had so much fun, mostly because we consumed one too many cocktails, and that’s all that matters.

I capped my week off with The Weinstein Company in partnership with Delta Air Lines, Budweiser, and The Cinema Society premiere of Begin Again, starring Keira Knightley, Mark Ruffalo, Hailee Steinfeld, Adam Levine, CeeLo Green, and Catherine Keener. The film is a warm love story about New York, chance encounters and music’s undeniable ability to mend broken hearts, touch souls and connect strangers. Of course I was sobbing throughout the film and so was most of the audience. It was the perfect ending to my intense week.

Have an excellent weekend, and I’ll be back soon enough. Until then, you can follow me on Instagram and Twitter at @SergioKletnoy and be sure to check out my favorite new tunes below…

OBSESSED:
“Maps” by Maroon 5
“Call” by Francesco Yates
“Cure Me” by Redlight & LOLO
“My Life” by Little Daylight
“Hunger Of The Pine” by Alt-J
“Tough Love” by Jessie Ware
“Lionhearted” by Porter Robinson & Urban Cone
“Walk This Way” by Mø
“Ten Feet Tall” by Wrabel
“Shades Of Cool” by Lana Del Rey
“A Sky Full Of Stars” by Coldplay
“Dangerous Days” by Zola Jesus
“Loves Me Not” by Cris Cab
“The Chamber” by Lenny Kravitz
“Big Girls Cry” by Sia