SELF Improvement With Joyce Chang 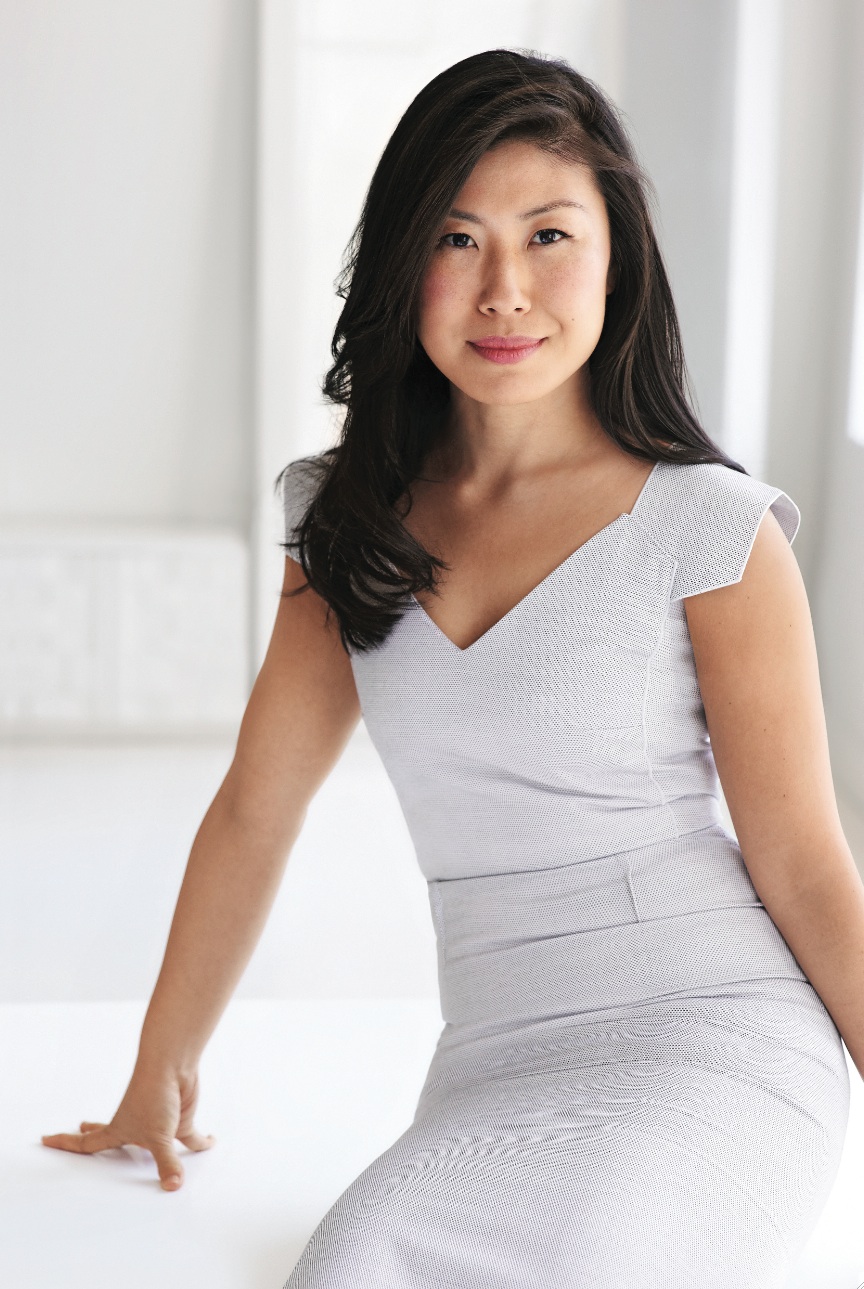 Condé Nast’s latest first-time EIC, Joyce Chang, has spent nearly six months perched in the corner office of fit-chick glossy SELF. After putting the masthead on a rigorous slim-down regimen and then building her own team, Chang is using what she learned at Camp Joanna Coles to run a mag. Plus, she’s always got her first glossy boss, Linda Wells, a few floors away.
BY ALEXANDRA ILYASHOV

Why did you take this gig?
I felt ready. I felt like my game was coming together, I was firing on all cylinders, and I was ready to do my own thing. I’d been at Cosmo a year and a half, and before that, at Marie Claire—life with Joanna [Coles] is like leap years! So much happens in such a short span of time. Working with her is a whirlwind education. Being a No. 2 to Joanna is actually like being a No. 1.5. It’s like an accelerated career program; a magazine MBA of sorts.

Were fitness glossies always on your radar?
I wouldn’t have thought of it, but it makes perfect sense. I’ve always been really interested in health and well-being, but I’m not strictly a health junkie, by any means. I’m the first person to become obsessed with anything new and experimental; I love trying new classes. Chia seeds? Sure, I’ll eat them every day and see what happens.

Who’s the SELF reader today?
Anyone who comes to SELF is inherently motivated. That’s a wonderful quality for a reader! She doesn’t come here for a passive experience: She sees something and she does it. She’s very active and lives a full, happy, exciting life. She wants to do well at the gym, kill it in her career, and have a really satisfying personal life. I want SELF to be a place where all of that feels connected rather than siloed; it’s sort of a guide to being more motivated.

How old is she?
This mind-set is more psyche-graphic than demographic. But she is at a point of her life where she’s making conscious choices. When you’re quite young, you’re very reactive. It feels like things all happen to you and around you. The SELF reader’s world spins madly on, but she makes all the choices about how she wants to live her life, what she wants to do with her time, what she wants to put in her body.

Are you editing for the same sort of reader at SELF as you were at Cosmo?
It’s sort of an evolution. At Cosmo, our reader was trying hard to make sense of a chaotic world. The SELF reader has already made sense of it. She’s just figuring out how to accomplish all the things she wants within the course of her day.

Did Joanna give you any advice for the new gig?
We still talk all the time! She’s a great friend and adviser. She’s given me tons of advice throughout our time together, but what really stuck to me was when she said, “This is a special time, running your first magazine—time that you’ll never get back. There will always be challenges, but never forget to enjoy it!”

Was it daunting to succeed Lucy Danziger?
Everything has a cycle, a time, and a place. When I got this job, I sent a note to Lucy saying, “I have all the respect in the world for the brand you’ve built, and I have very big shoes to fill, so I’ll do my best.” She sent me the nicest note back that said, “Can’t wait to see what you do.”

What’s your vision for the magazine?
This genre of magazines can feel very much in a white space, but I wanted it to reflect the world that we live in. When I go to a workout class in Tribeca, everyone looks amazing. The clothes are amazing, everyone’s done something cool with their hair, they’re wearing a little berry stain on their lips, they’re accessorized, they’re drinking juice. What they’re doing before and after the class; how these women socialize…I wanted that energy in the magazine.

Sounds pretty fashion-centric.
There are plenty of fashion magazines and lots of fitness magazines, but nothing that’s bringing that feeling of motivation in one place. My mother has always said, “A successful person is a successful person in all aspects of her life.” There wasn’t a magazine with the information to help me do all that. There’s so much stuff right now about what women want; what they should have. It’s about leaning in, thriving, all that stuff. I wanted to make sense of that energy and ambition in SELF. There has to be a balance to it—it can’t just be all about pushing yourself.

So it’s okay to veg out sometimes?
To be able to do all those things, you have to take care of yourself. That’s a message that women need to hear now more than ever! In order to accomplish all that she wants to accomplish, she needs to give herself a break sometimes. We live in a culture where everybody needs to be reminded to relax.

Has your workout routine changed since getting to SELF?
Something I found very surprising when I started this job was how physical it was! I didn’t realize you could be so tired at the end of the day. I’d always been super into dance cardio, but I found I physically couldn’t do it. What I really needed was yoga, which I’d always thought of as too slow and boring. It clears my head, and I always have the best ideas afterward.

What kinds of sweat seshes are you trying out now?
I’m giving running a second chance. I was never a runner, but when I bought a place on the Upper East Side, I felt like I wasn’t getting my money’s worth on the apartment unless I really maximized being near Central Park. So I’m getting a running coach! I don’t have good running form; I don’t know the basics. I’ve always been an indoor exerciser, but when my A/C broke this summer, my yoga instructor said, “Let’s just go to the park.” I was sort of unwilling, but we went and it was fantastic. Being outside is priceless; we should all be outside more.

Are you trying to take SELF more mass or more niche?
Our reader is focused on winning in life—that’s a line on our September cover. We’re focused on the woman making things happen for herself—at the gym, in her career, for her personal life. Whether that’s mass or niche, it’s a very well-rounded woman. I hope that becomes more mass.

Why did you decide to earn a journalism degree from Columbia?
I was figuring out my life; I’d just graduated from college and I knew I wanted to be in New York. I thought I wanted to be in this world, but I didn’t know. To get experience and figure things out, the reasons to go are just as valid now as then. On the other hand, the economy and the industry have changed. It’s a very expensive way to figure things out!

What was it like assisting Linda Wells as your first glossy gig?
I love Linda! Being an editor-in-chief’s assistant gives a great top-down view.

What sorts of top editrix advice does she give you?
Some people like to live the [editor-in-chief] role a certain way, but Linda has said, “I keep my head down and do my work, and I think that’s the best way to be successful.” She’s 100 percent right; she’s had amazing staying power. We’ve also talked about when you should go to a photo shoot and when you shouldn’t—how it can change the dynamic. I sent her an e-mail the other day asking, “Do you have a shopper? I don’t have time to shop anymore!”

Are you much more plugged in to the business end of things as EIC?
Of course! When you’re running a brand, you’re running a business. I love it. Editor-in-chiefs are CEOs now, in a way. I had a good introduction to that at Cosmo, which is such a huge business.

Was EIC always your dream gig?
Well, when I was 12, my friend and I “published” two magazines. We did The New Yorker for Kids, with color comics instead of cartoons, and a tabloid called As The World Turns, about aliens abducting Grandma, that sort of thing. We’d have sleepovers every weekend, and go to my friend’s dad’s law office to print and Xerox them. We did a perfect-bound edition, with tape—though I didn’t know what perfect bound was back then—and also did a stapled version. I kind of think I was a visionary! [Laughs] When I look back, it makes a lot of sense.

How did your fam and pals respond to the news of your EIC role?
A lot of my childhood friends said, “I knew this was going to happen.” I didn’t! My parents were very pleased. They’re Asian-American immigrants; they see things in a certain way. They sort of did not understand what I did. I wasn’t a doctor or a lawyer; I wasn’t getting an MBA. They were like, “What’s this artistic thing?” Now they’re kind of getting it.