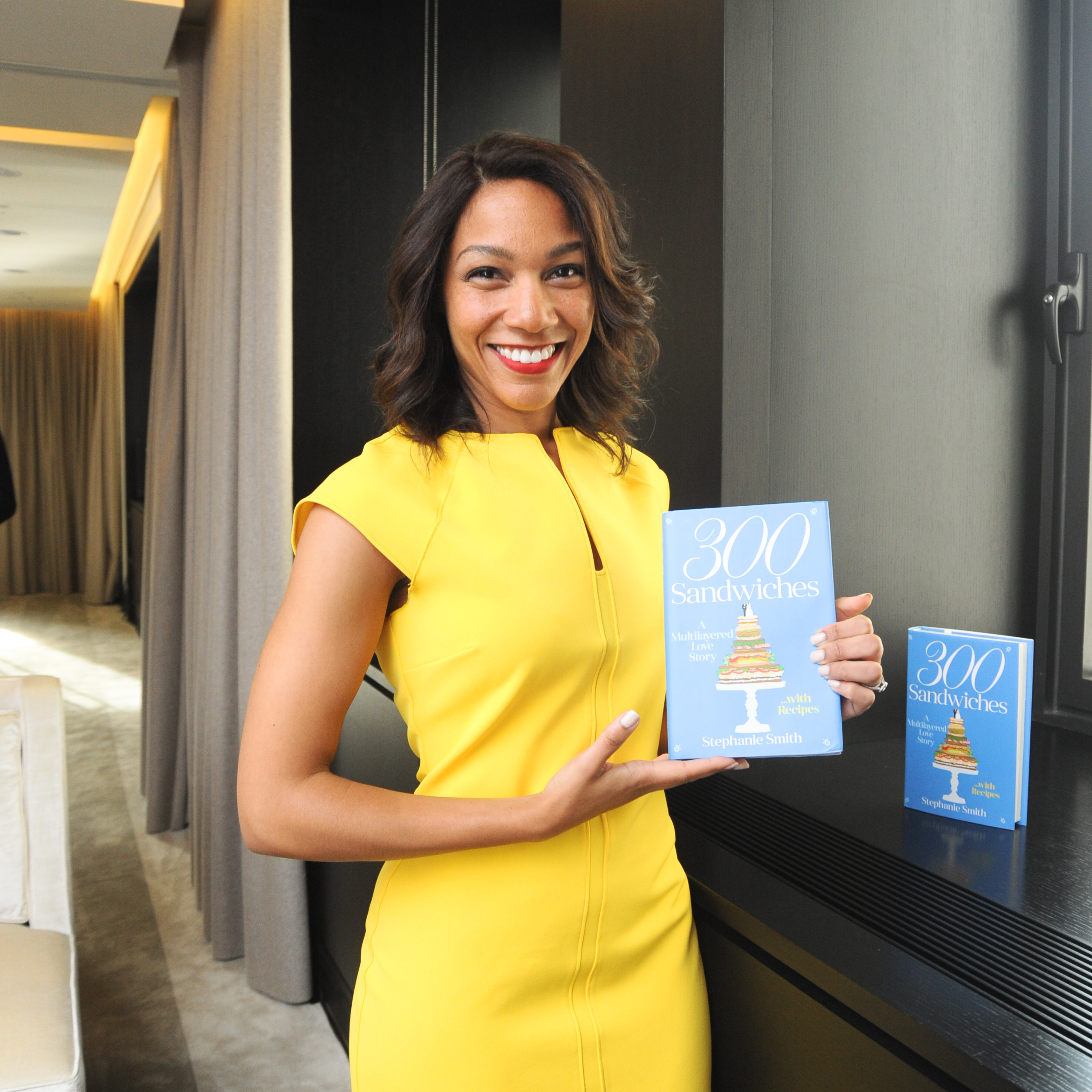 Last week, Page Six writer Stephanie Smith went from covering the party to being the center of attention at her very own bash to celebrate the release of her new book, 300 Sandwiches. Guests such as David Zinczenko, Gillian Miniter, Steve Schirripa, Alina Cho, Jill Martin, Jonathan Cheban, Eric and Caroline Villency, and Smith’s main man, Eric Schulte, hit the It-spot of the moment, The EDITION Hotel, to toast the new author on her foodie love story. How did she go from Page Six to aisle six at the supermarket? Smith tells all.

What’s the premise of the book?
300 Sandwiches is based on my blog 300sandwiches.com, which I launched after I made a turkey and Swiss on wheat bread for my boyfriend, Eric (aka E). He said it was so tasty, he joked: “Honey, you are 300 sandwiches away from an engagement ring.” Though the blog focuses on the sandwiches, the book gives the behind-the-scenes story on how our relationship evolved and how our families united on our way to an engagement during the course of the sandwiches. And, of course, the book includes the tastiest sandwich recipes from the blog.

Was a book something you saw down the road when you started blogging?
Certainly. The blog captured a daily snapshot of our relationship, but the book gives a more emotional and detailed story of what was going on in our relationship beyond the kitchen. The book was a chance to show what other issues were at hand—this co-mingling of two families, my dad’s illness, our reactions from friends, and my thoughts and concerns about my life goals as a working woman—while I continued making the sandwiches.

How did this process of making 300 sandwiches change you?
I am a perfectionist to a fault, but the 300 sandwiches project made me more comfortable with being patient enough with myself to learn new things. Learning to cook takes time, and if you’re not patient enough to practice, you end up too frustrated to stay in the kitchen. Same with photography or launching a blog—I learned to not let the fear of failure paralyze me from trying new things.

Did people suggest sandwich recipes or did you come up with all of the ideas yourself?
Most of the sandwich ideas came on my own, inspired by magazine articles, Pinterest pictures, or whatever was going on in our relationship at the time. Some sandwiches were inspired by places we visited or vacationed. But random readers, family members, friends, and my professional chef friends all suggested sandwiches I should make, many of which were personal recipes. I loved hearing other peoples’ stories about making sandwiches for their loved ones. As the saying goes, “the way to a man’s heart is through his stomach.”

How did you feel when you made that 300th sandwich?
Elated! I collapsed to the ground in laughter. I also felt a sense of accomplishment. I certainly proved I was a woman of my word by making all 300 sandwiches…even though he’d proposed before I reached the end.

Would you consider the book more of a love story or a cookbook?
The book is a love story, with each chapter ending with recipes. The best of both worlds!

What’s your favorite type of sandwich?
I loved a good, chunky lobster roll. I live on them in the summer.

You’re always covering parties…How did it feel being the center of attention last week?
It’s funny, I’m actually not comfortable being in the spotlight. When I host a party, I’m always running around making sure people eat enough and have full drinks at all times. It felt amazing to have all of my friends and supporters there. But I still asked people repeatedly if they’d gotten enough food!

Tracy Anderson On Her New Hamptons Digs And More