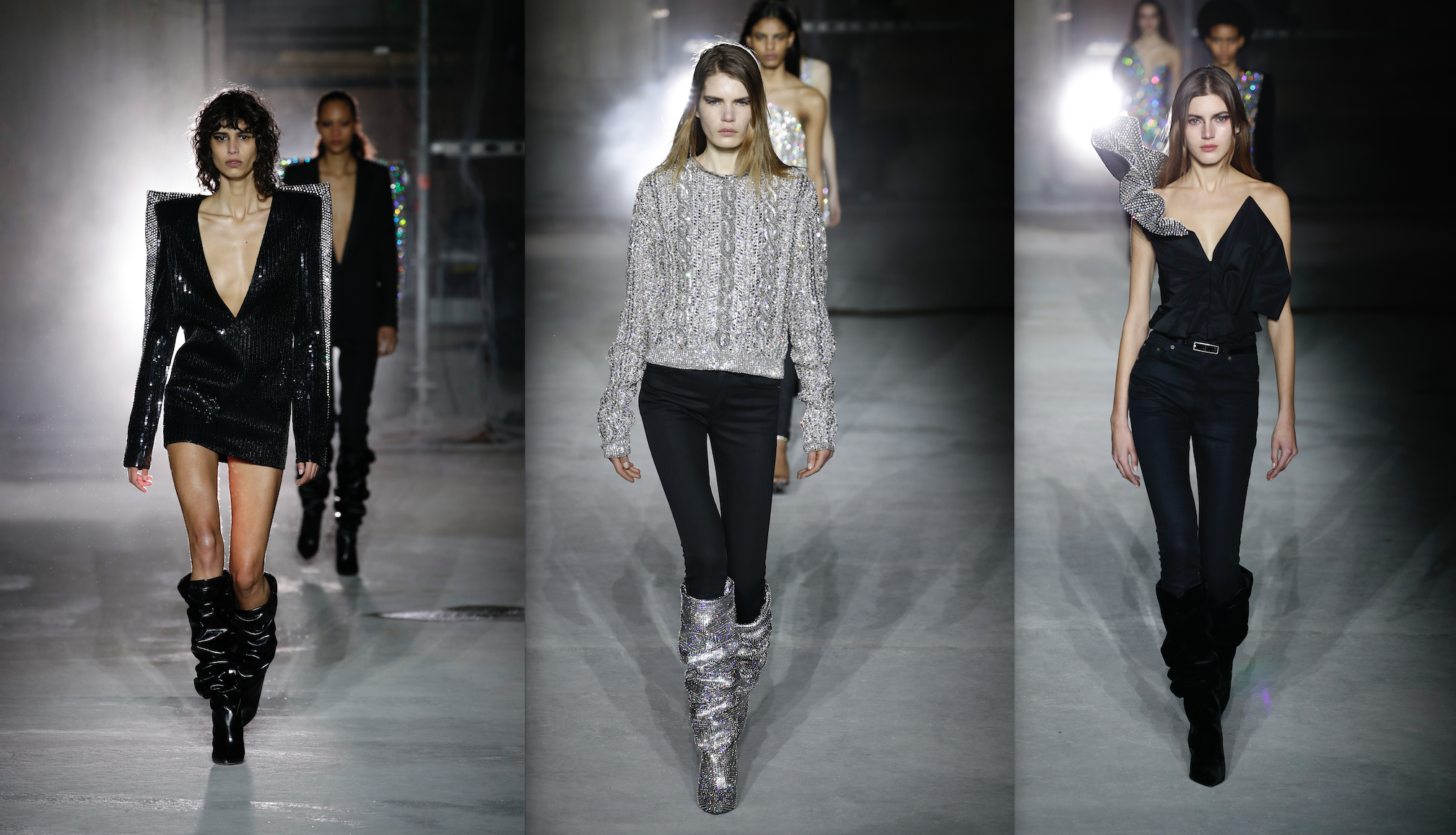 Anthony Vaccarello is taking flight at Saint Laurent. The show opened with giant shearling-lined winged leather gloves that adorned sexy one-shouldered leather party dresses. The gloves are an editorial dream and the dresses are the kind of numbers made for Vaccarello’s leggy front-row cool girls like Anja Rubik, Charlotte Gainsbourg, Amber Valletta, and Eva Herzigová. Who can forget the latter in a somewhat toned-down red leather version from Vaccarello’s former namesake label at the 2013 The Met Gala? Thanks to Kering’s resources, he can let his version of sexy soar to new heights.

Leather was twisted, sculpted, and ruched in such deft ways that Vaccarello practically made it look like working with silk. But for those that might not want to party all night wrapped up in a tight leather mini, there were corduroy versions and a “free the nipple”  hot velvet number (eat your heart out Kendall Jenner) on Saint Laurent Spring ’17 campaign star Hiandra Martinez that, in real life, will be best served with a lace balconette bra underneath.

But the real gems of this collection were the sequined finale looks, especially a fully sequined otherwise casual silver sweater. Killer. And those sequined boots? Already Instagram famous.