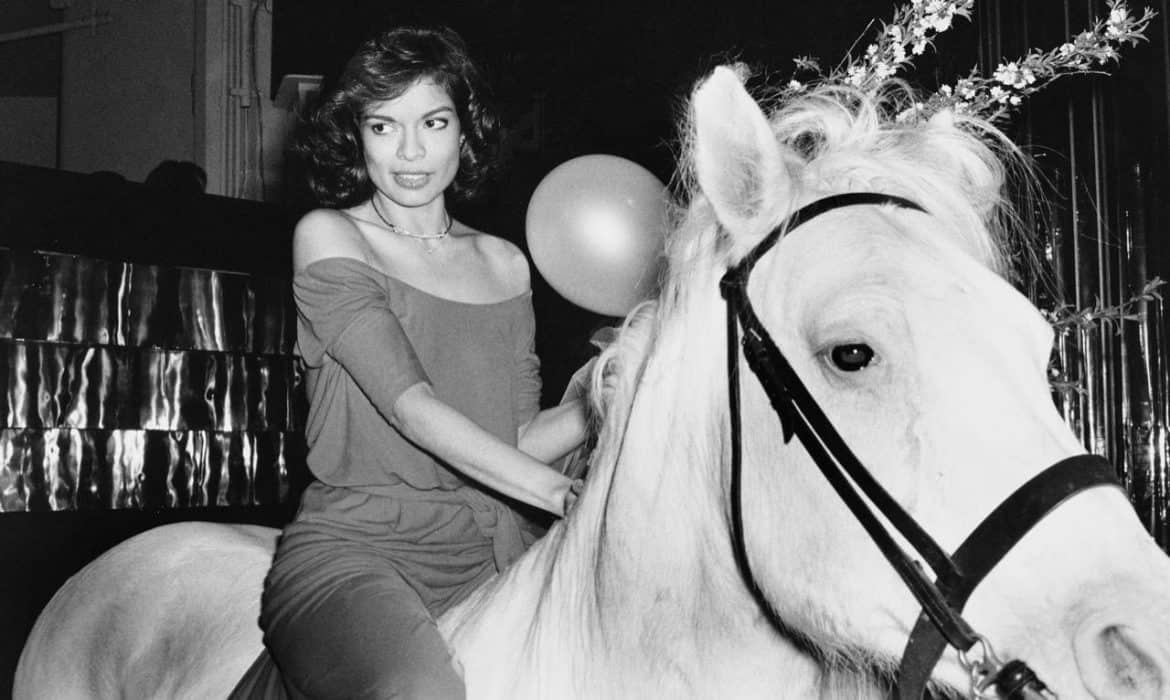 In the late ’70s, Rose Hartman went from teaching high school English to living it up at Studio 54 and photographing some of the decade’s most luminous stars. “I never had to wait on line because Steve Rubell told the door people to always let me in, for some reason,” Hartman said during a phone call with The Daily. “I still have no idea why. I met him briefly in Florida and he said, ‘You know, I have this club. You should come.'”

Just like that, Hartman found herself in the thick of New York’s glamorous late-’70s club scene. “I loved to dance, but I couldn’t dance with my cameras, so I would hide them in the club’s enormous speakers and then dance close by with my partner so I could grab my camera and start shooting [when I needed to].” That’s what happened the night Hartman captured her most iconic photo, of Bianca Jagger riding a white horse inside the club on her birthday. “I had no idea [it was going to happen]. It was probably after 2 AM. There were other photographers there that night, but that image was she shot seen round the world and really put Studio on the map.”

More than 40 years later, Hartman’s photos of that bygone era are still in high demand, which is why Throckmorton Fine Art is selling a handful of reprints this month at the AIPAD photography show at Pier 94. The Daily caught up with Hartman ahead of the show to learn the stories behind some of her most famous snaps. 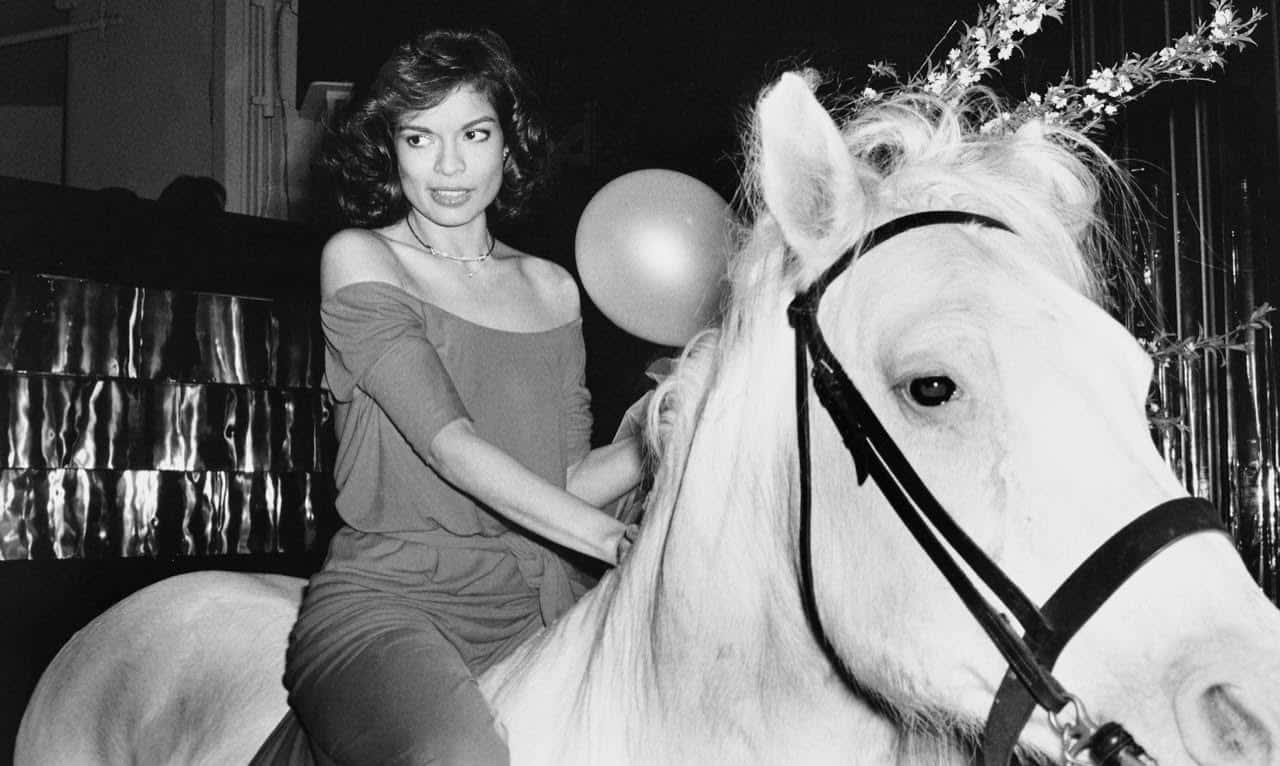 “The horse was kept secret from everyone. Everyone was surprised, including me. She was only on that horse for maybe two minutes. I think I only got maybe two or three shots because, as you can imagine, they couldn’t keep the horse in the club for very long without having problems. I think they may have given it some tranquilizers or something because there was a disco ball on the ceiling, the lights, the music, and that crowd of people.”

2. Bianca and Mick Jagger kissing at her birthday 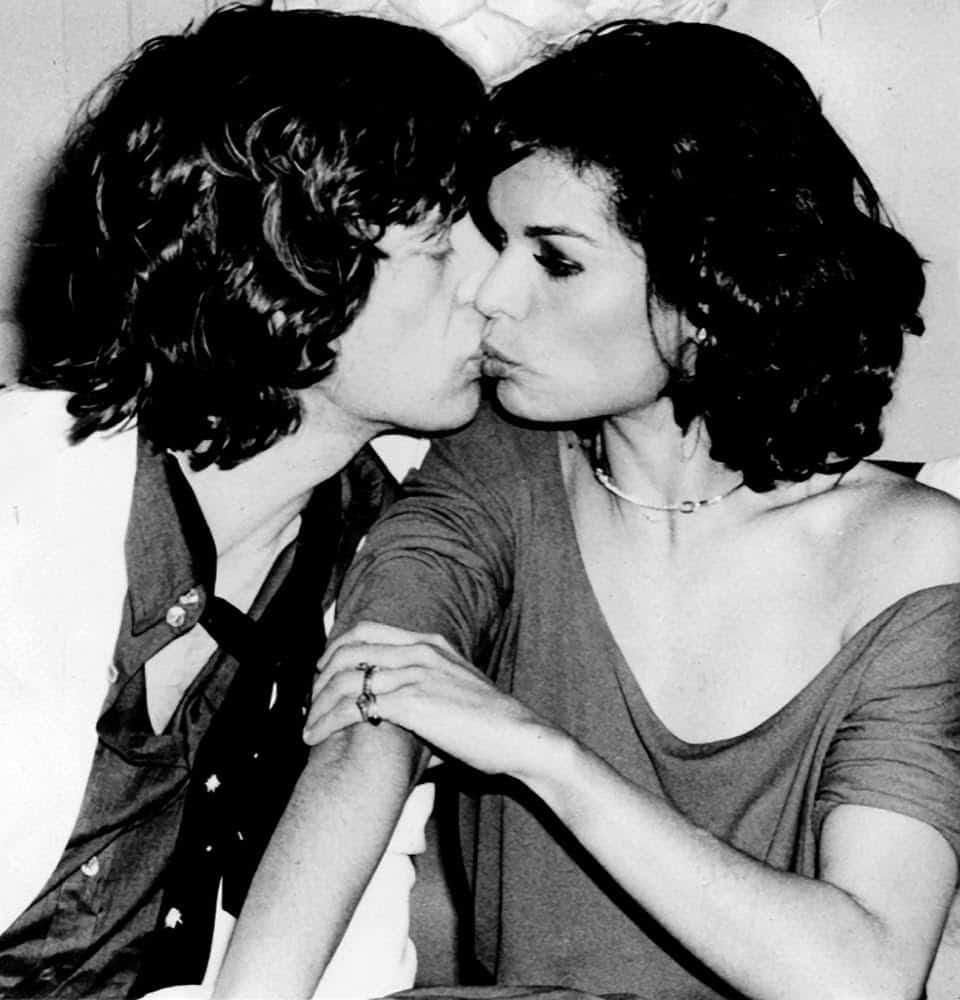 “This is one of my favorite images. I’ve never seen another photo of them kissing. It looks like they are alone, but they’re not alone. It was a perfect, intimate moment right after she got off the horse. Of course, it didn’t last long, because then Jerry Hall came along. [Jagger started dating Hall that year.] But I like to think that they were happy.”

3. Andy Warhol and Lou Reed at an Interview Magazine party 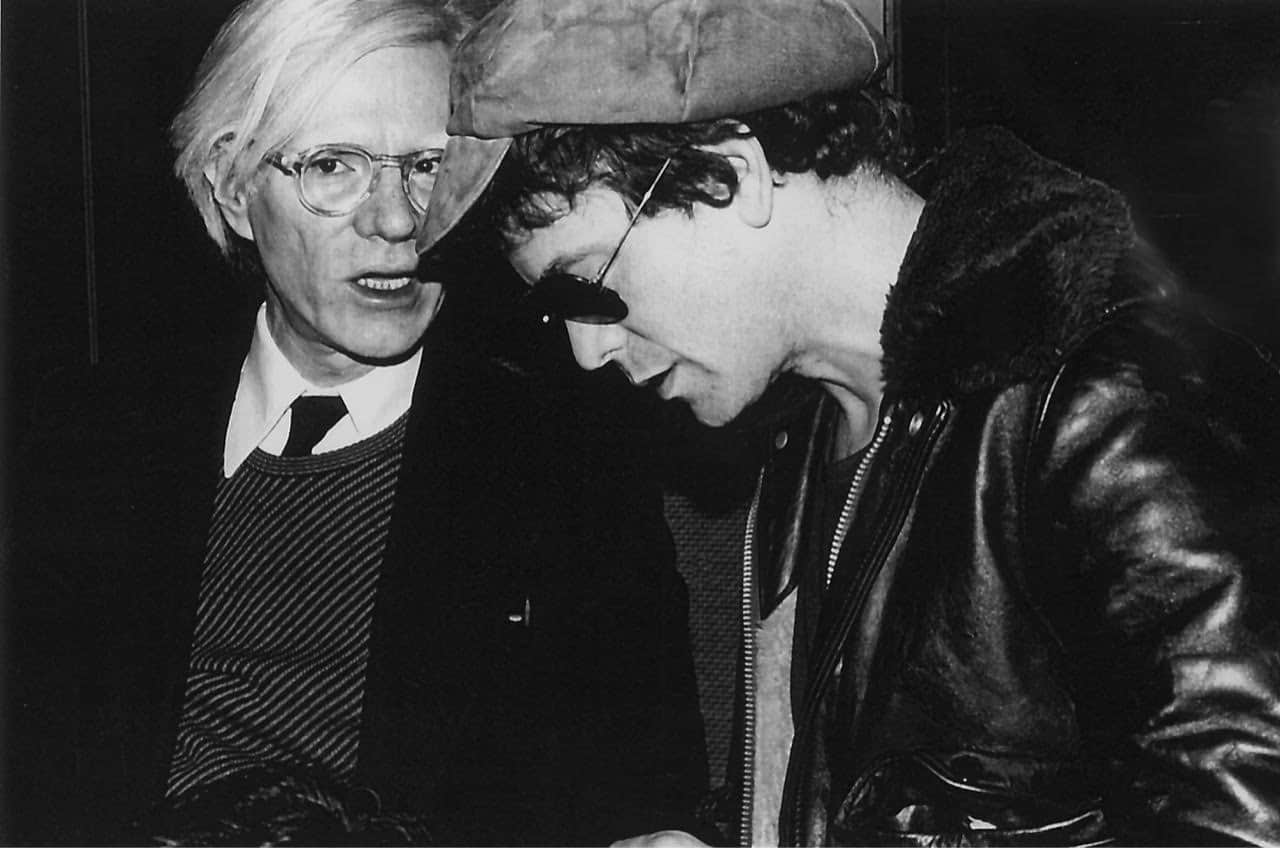 “They were never ever friendly towards one another. For some reason, that evening, they finally spoke, but people who knew them well said they would never see them together.” 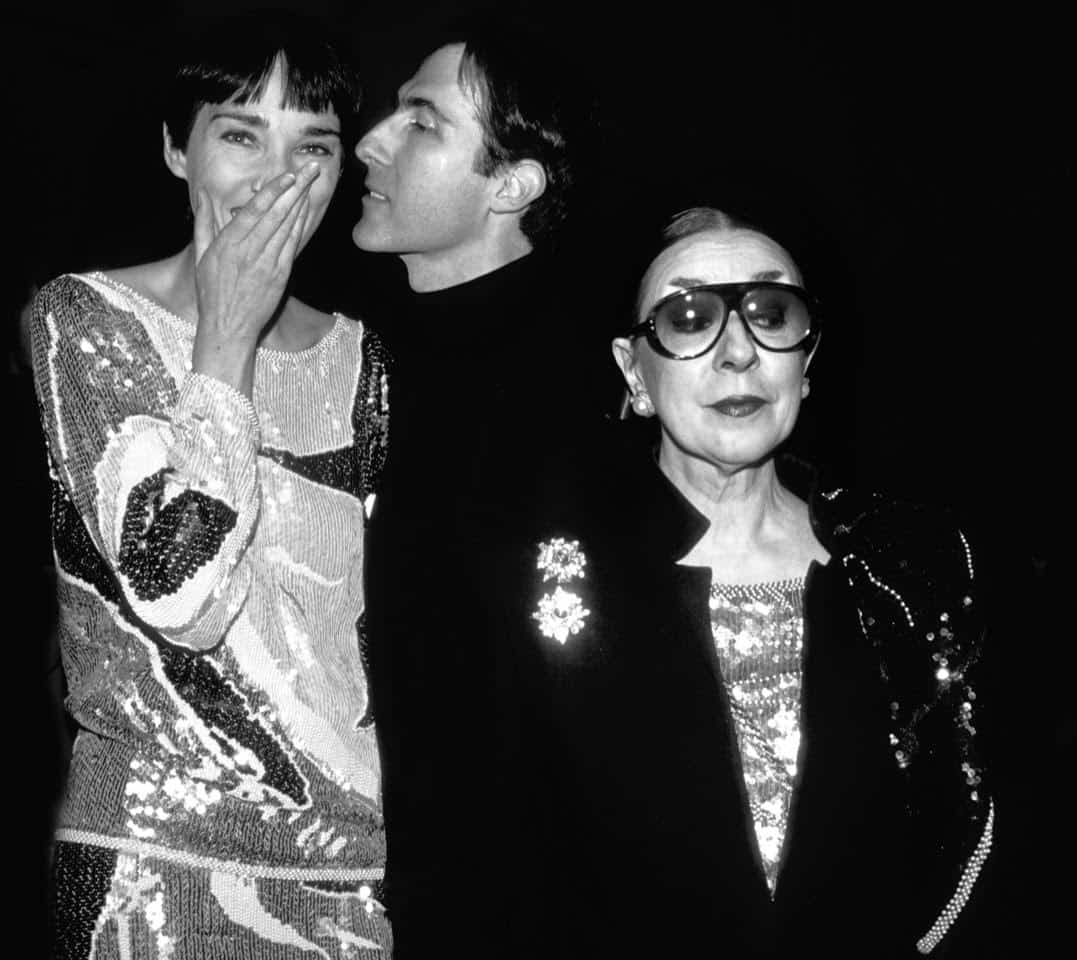 “It looks like this couple is gossiping on the left and D.D. looking off… not in disgust, but maybe in a bit of distaste. I could’t hear what they were saying, but years later I asked Dovanna and she said ‘Oh, David was telling me I looked really good that night. It wasn’t anything negative at all.’ We laughed about it. I thought it looked like they were obviously gossiping about somebody. I have no idea where D.D. is looking.” 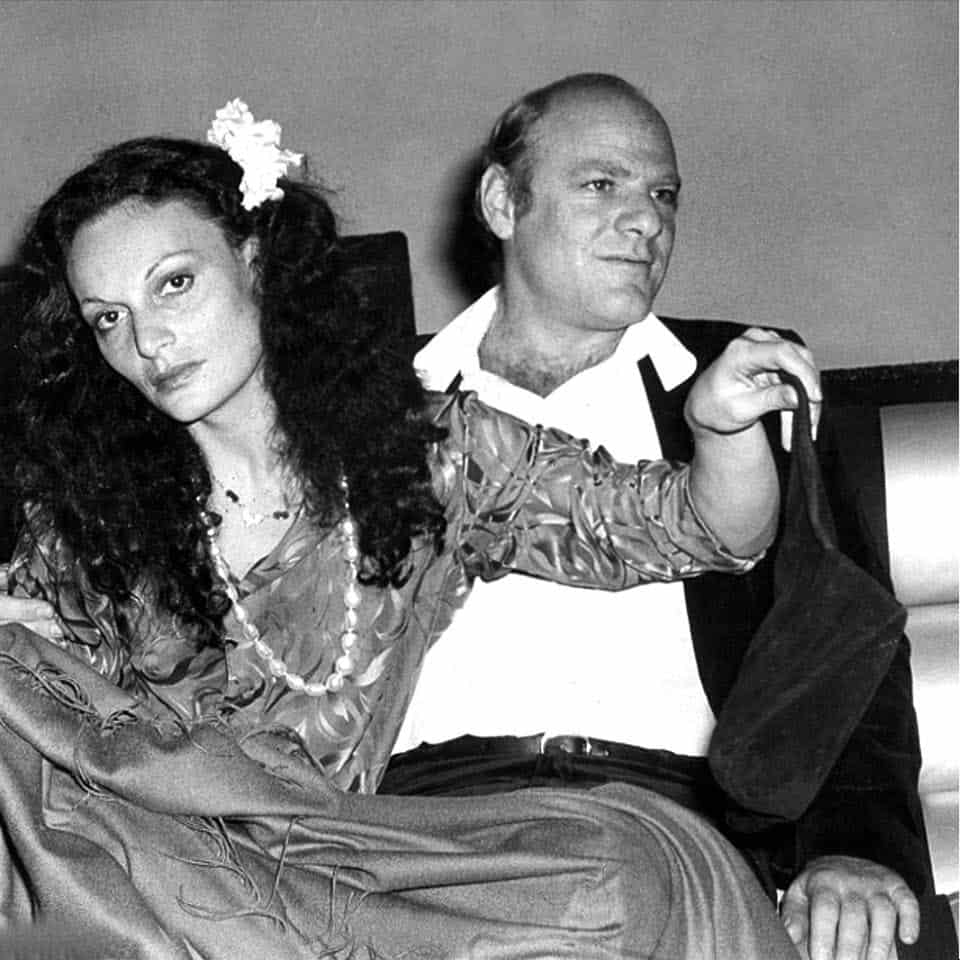 “I feel like [Diane] must have been drinking a lot of champagne that night. There’s something about the expression on her face. She looked very beautiful. I loved her hair, her personal style, etc. People would be around her, but nobody would be bothering her. And that’s a very big point. They did not have security guards [in clubs back then]. They did not have anybody saying “go away.” That’s what made taking photos at Studio such a fantastic experience. Now, that has all changed. There’s not the access. Steve made sure he knew who the photographers were that he allowed in. As soon as you had that permission, you were free to go anywhere in the club, except in the basement, which was off-limits for many reasons.”

“A little cocaine exchanged hands… people could really relax there and they certainly didn’t want photographers around to document it. You could never get a photo from there.” 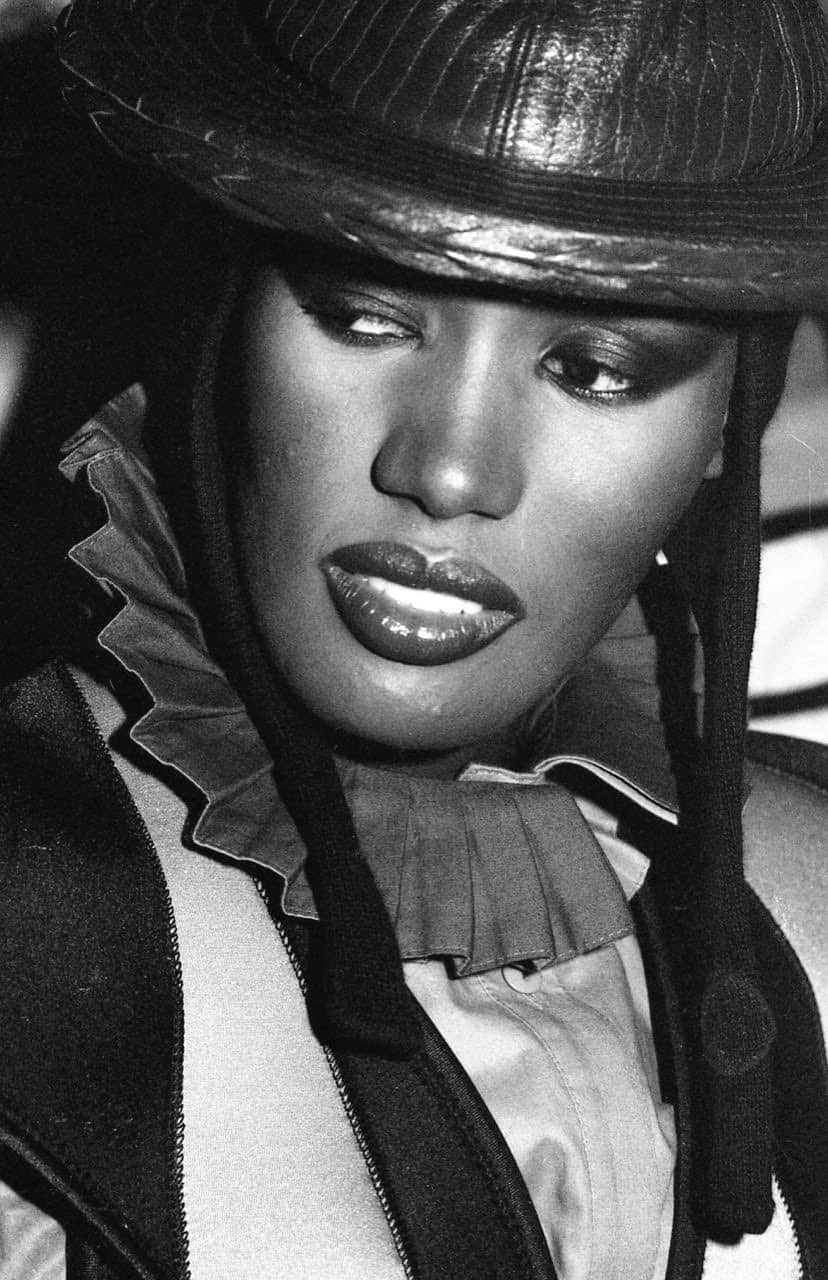 “She was and is such a magnetic personality. She was more innocent at that time and I think there is an innocence in this picture, even though when she was on stage she was wild, beyond wild.”

How Ian Schrager Is Bringing Sophistication to...