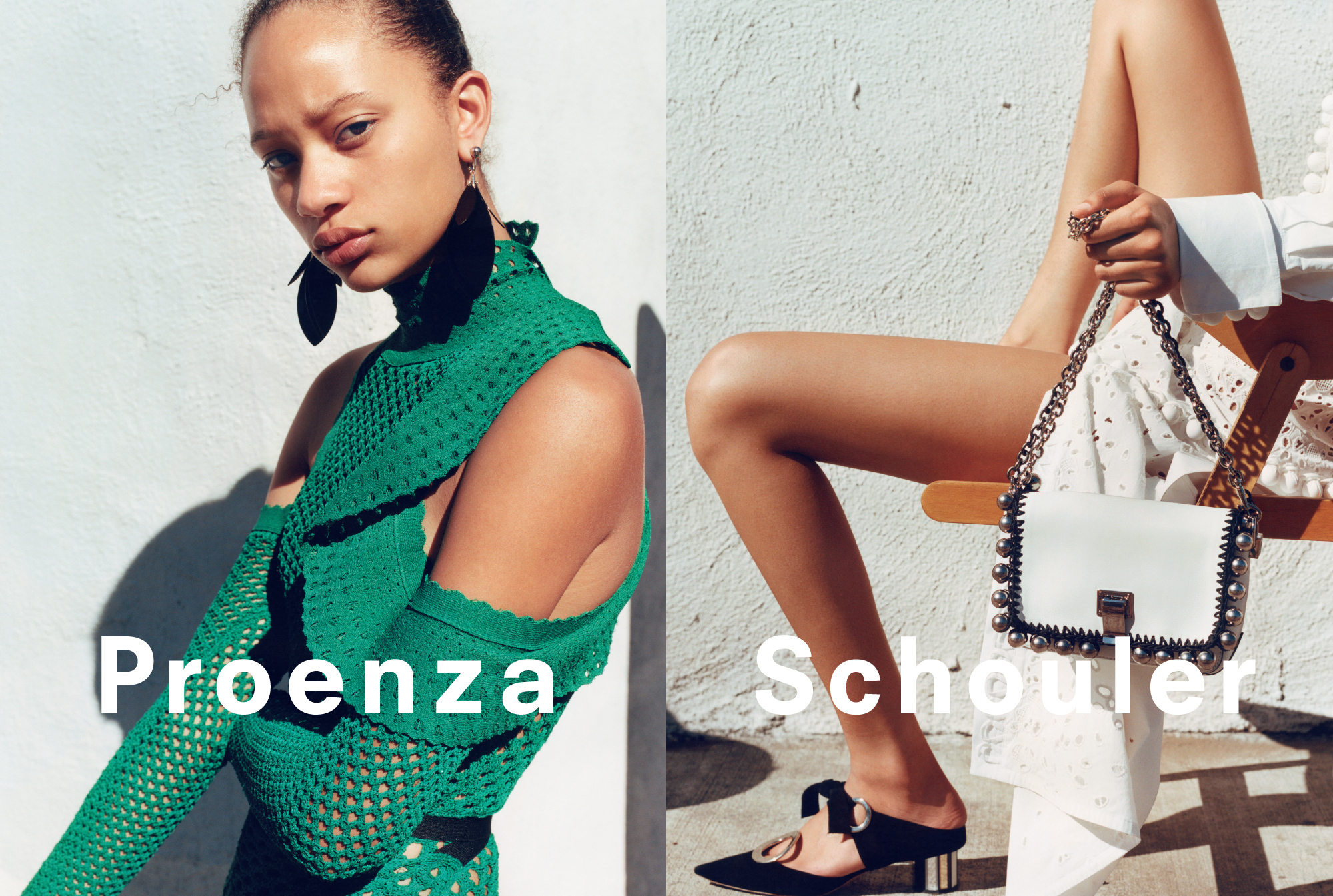 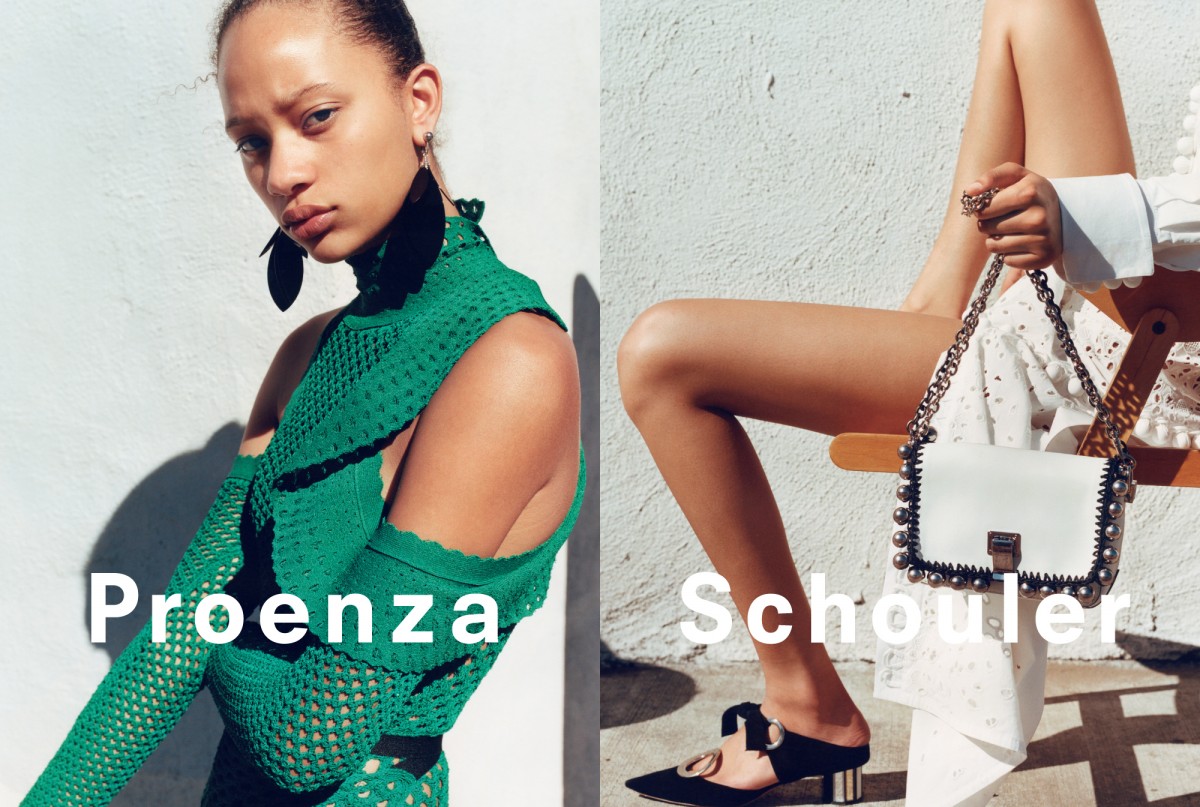 The Daily got a sneak preview of Proenza Schouler’s new campaign for its Spring Summer 2016 season, set to be rolled out on Instagram over the next three days. Zoe Ghertner—the photographer behind Céline’s Resort ’16 campaign—shot the three mods against a raw concrete backdrop in Los Angeles. Styled by Marie Chaix and art directed by Peter Miles, the ads, which fly the flag for ethnic diversity, are fronted by Selena Forrest (New York Models), Olympia Campbell (DNA), and Nicole-Antonia Spagnola. The New York-based designer duo behind Proenza Schouler Jack McCollough and Lazaro Hernandez, who will unveil their new fall collection at New York Fashion Week, said the images are out to evoke “a very honest, personal feeling that was confident and individualistic.” 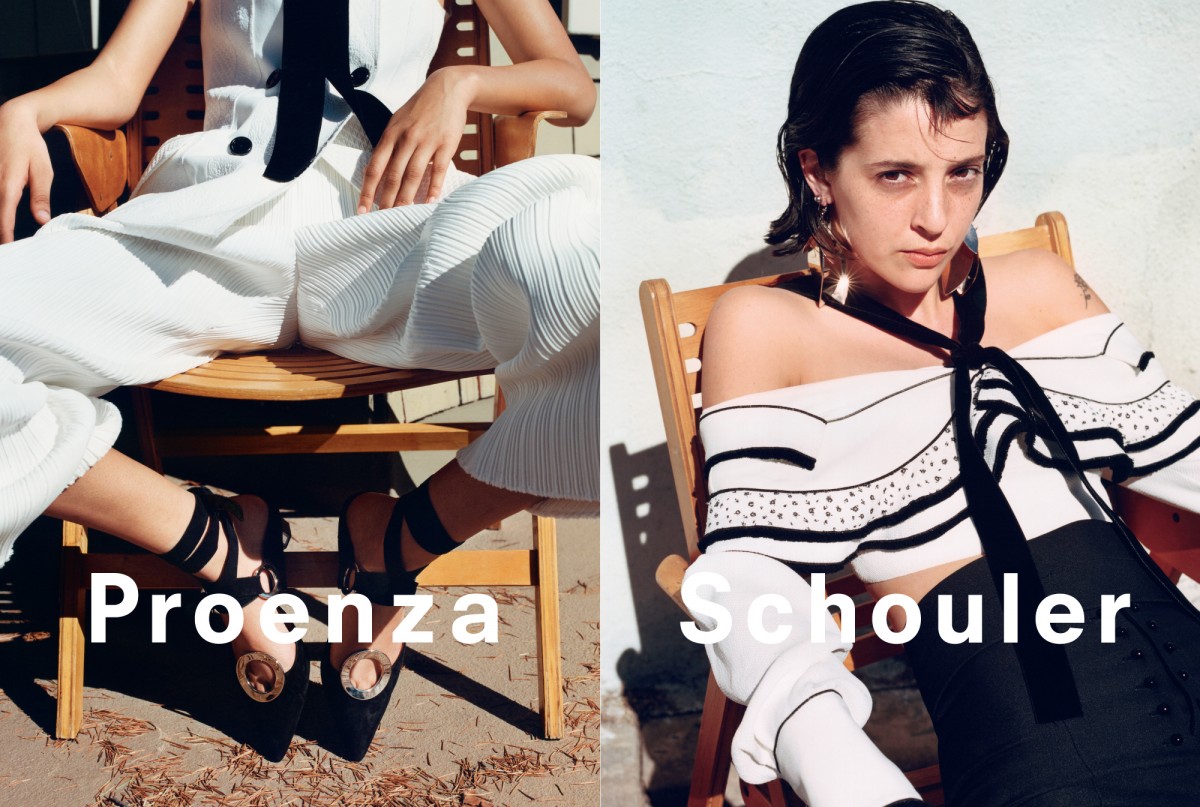