UPDATE: NYFW: Men’s Unlikely to Survive Past Next Week 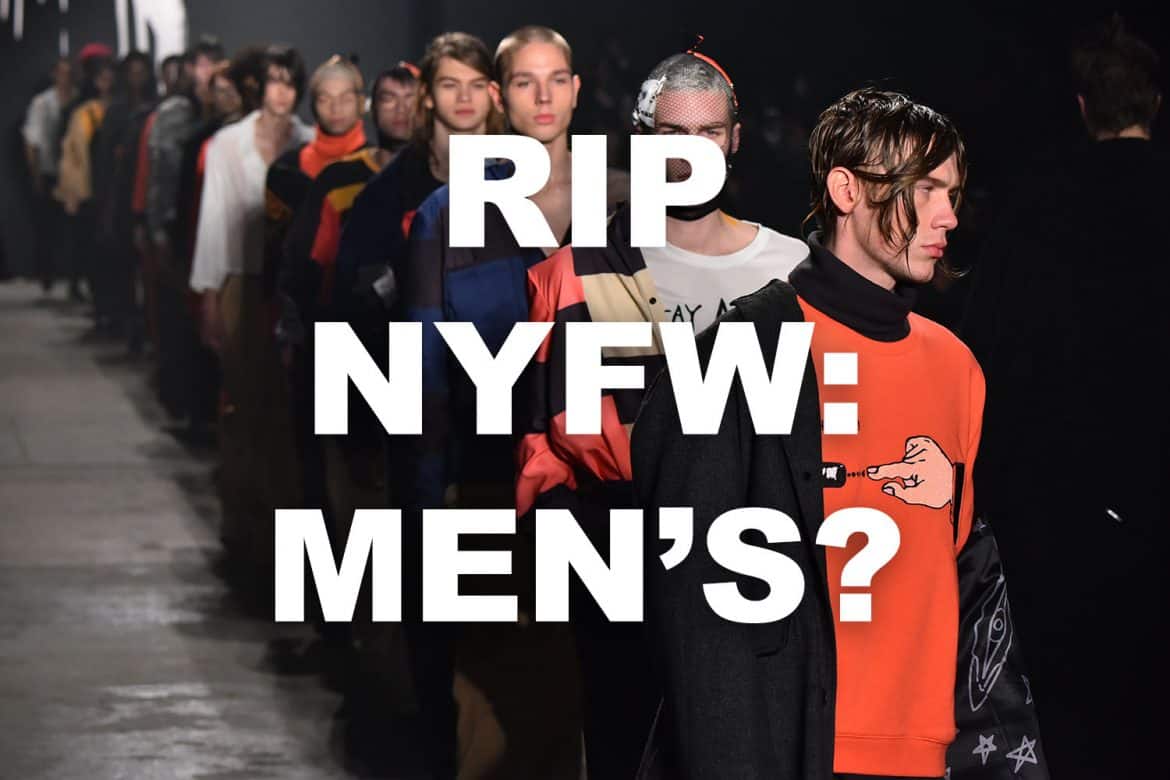 Rumor has it the end is near for the great experiment that is (or was) NYFW: Men’s.

According to multiple sources, the CFDA is expected to make an official announcement to this effect as early as next week, after the handful of designers showing under the NYFW: Men’s banner present their Fall 2019 collections. “Men’s will move to June and run side by side with women’s resort,” said one source, who spoke with The Daily Front Row on the condition of anonymity. “It’s not ‘over,’ but just won’t be subsidized by the CFDA and won’t have a hub.”

NYFW: Men’s had a promising start a few years ago, but never really took off. With a roster made up almost entirely of small, independent, niche brands, NYFM: Men’s failed to attract the attention, money, or prestige of its women’s counterpart.

The Daily Front Row reached out to the CFDA for a statement and will update this post if and when we receive a response.

UPDATE: Last night, the CFDA has issued the following statement:

We are currently focused on the upcoming Men’s shows happening next week.  Men’s is currently scheduled at the same time the first week of June and coincides with the NYFW June dates that started last year which featured designers such as Alexander Wang, Saint Laurent, Narciso Rodriguez and other designers showing at the same time.

Sole Commerce Buzz: Brands to Get Excited About

Judge Orders Bruce Weber Accusers to Identify Themselves, The Latest on Rolling Stone