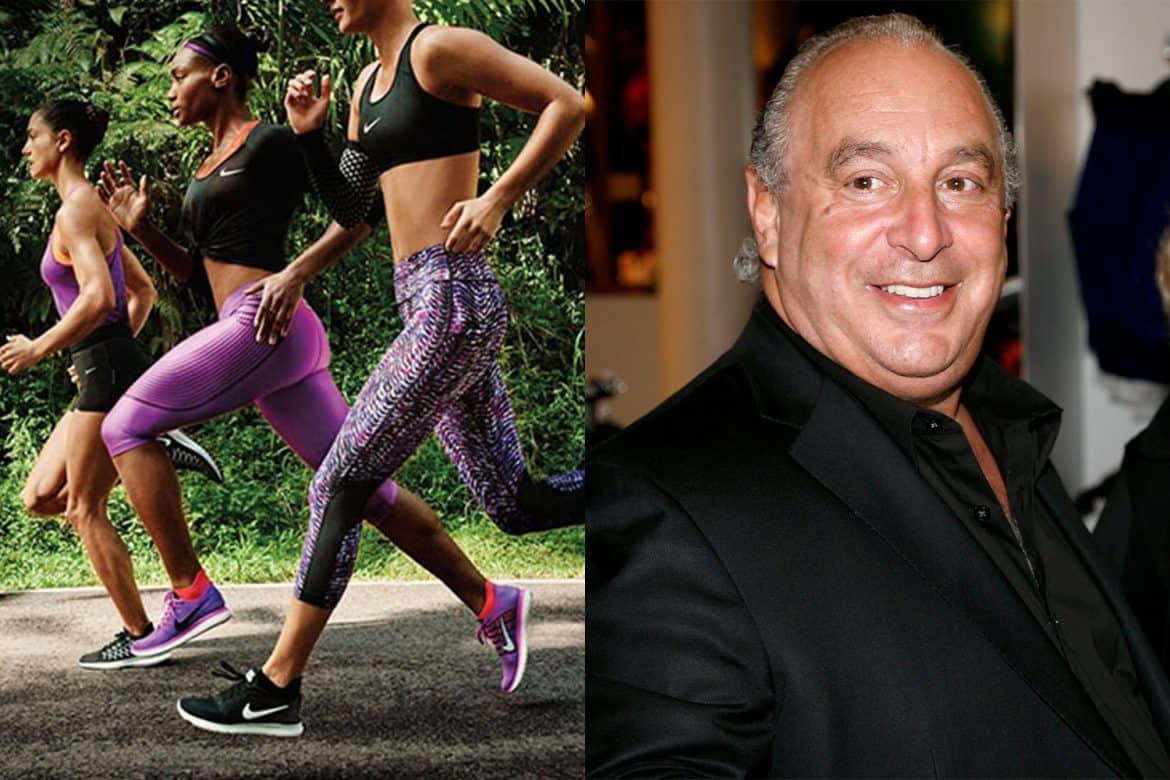 Nike Accused of Discriminating Against Pregnant Athletes (New York Times)
While Nike offers athletes paid time off to recover from the stress of competing, several female runners have said that the company did not sponsor them when they couldn’t compete due to pregnancy. “Getting pregnant is the kiss of death for a female athlete,” said Phoebe Wright, a Nike-sponsored runner from 2010 through 2016. “There’s no way I’d tell Nike if I were pregnant.” The sportswear company admits that it has lowered sponsorship payments to pregnant athletes, but claims it “changed its approach in 2018.”

Philip Green Is No Longer a Billionaire (The Telegraph)
Sir Philip Green, chairman of Arcadia group — which owns Topshop and Topman, among other stores — is worth $950 million, marking the first time he has not held “billionaire” status since 2002. The decline comes in the wake of a #MeToo scandal, in which Green was accused of racism, groping, and assaulting employees. 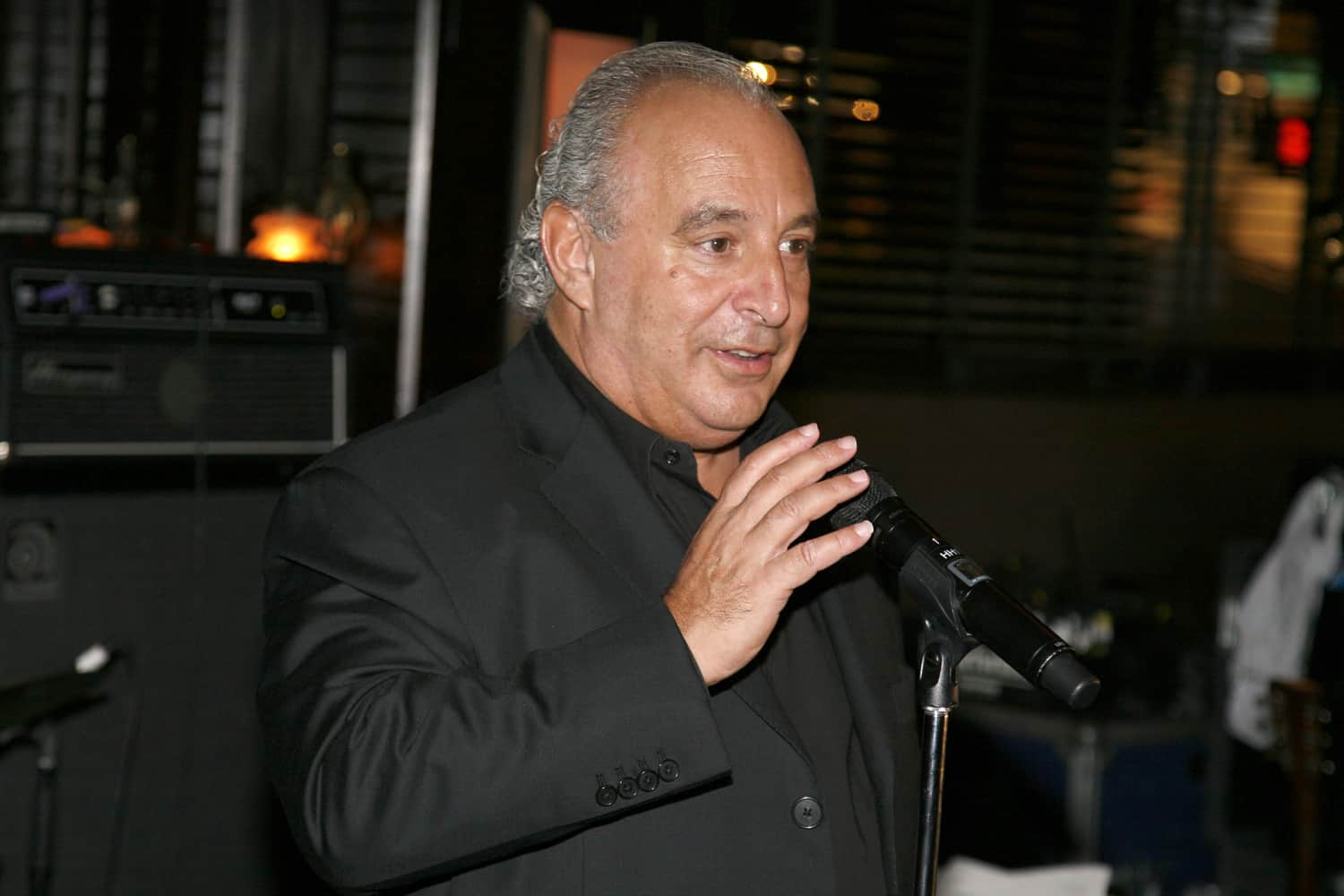 Valentino Is Among the Fastest-Growing Luxury Brands (Vogue Business)
Valentino clocked a growth of 134 percent between 2013 and 2018. Over the five-year period sales increased from $590 million to $1.4 billion, making the brand one of the fastest-growing according to Vogue Business’ analysis of Deloitte reports. Unfortunately the report cannot measure the brand’s growth against Gucci, because Gucci’s results was submitted under Kering. Regardless, Valentino’s numbers are still impressive. 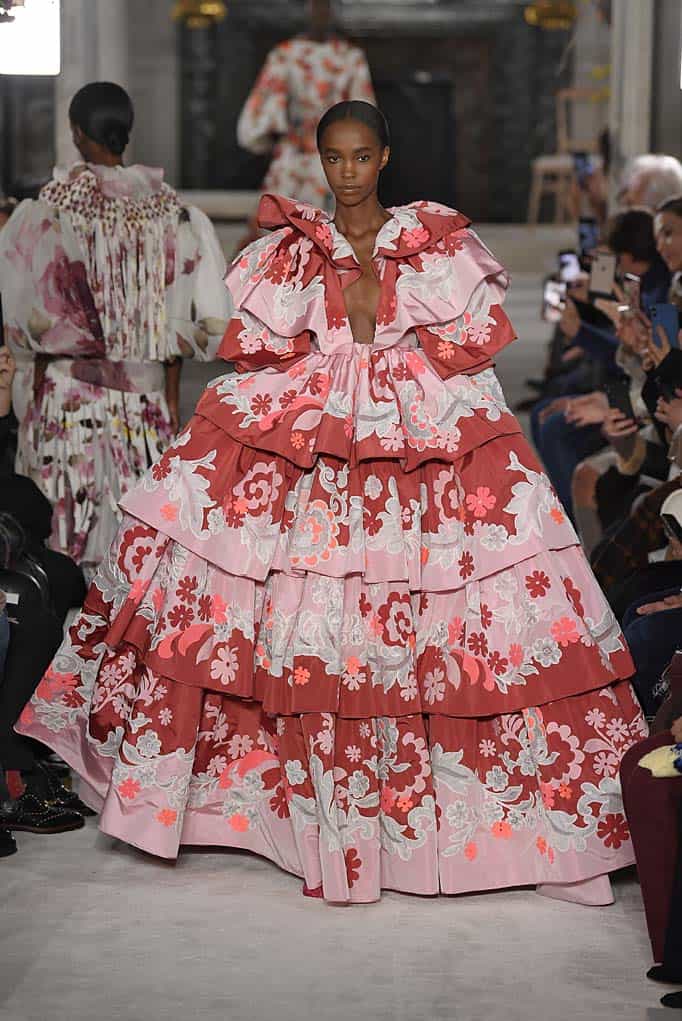 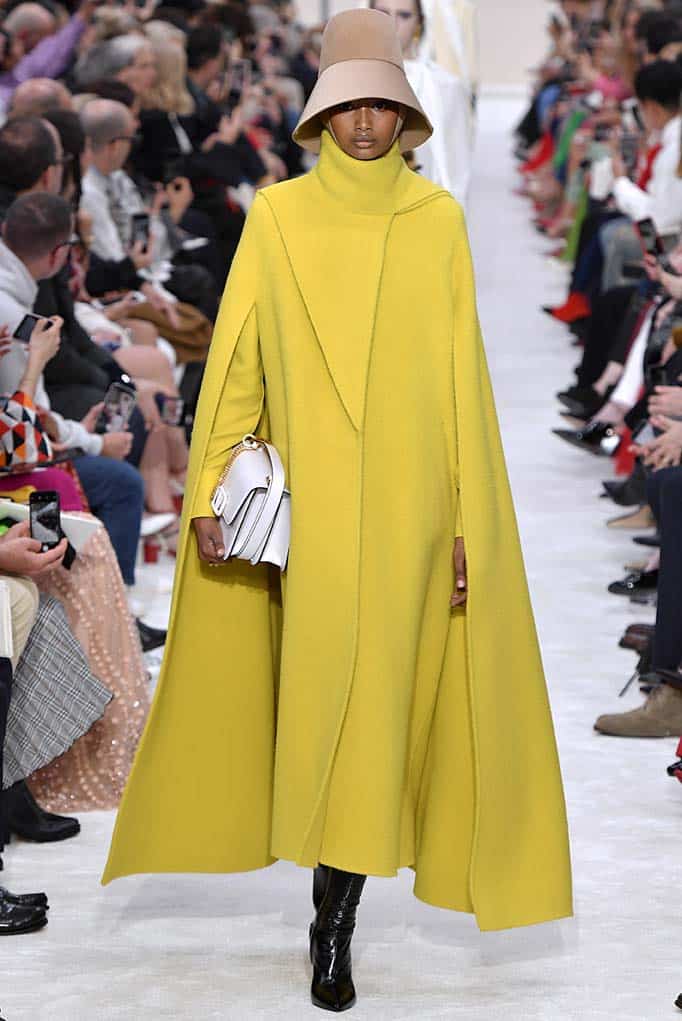 Louis Vuitton’s CEO Insists There Is No Feud Between Virgil Abloh and Nicolas Ghesquiere (WSJ. Magazine)
Apparently some people believe a feud is brewing between Louis Vuitton’s womenswear designer, Nicolas Ghesquiere, and its menswear designer, Virgil Abloh. The brand’s CEO, Michael Burke, gave an interview last week shutting the rumors down. “Louis Vuitton is too big for any singular individual, whether on the management side or the design side,” says Burke. “They are very respectful of each other and each one knows that the other one is different. They are engaging Vuitton from different vantage points: one is from a feminine, couture side, and the other one is from a masculine design side.” 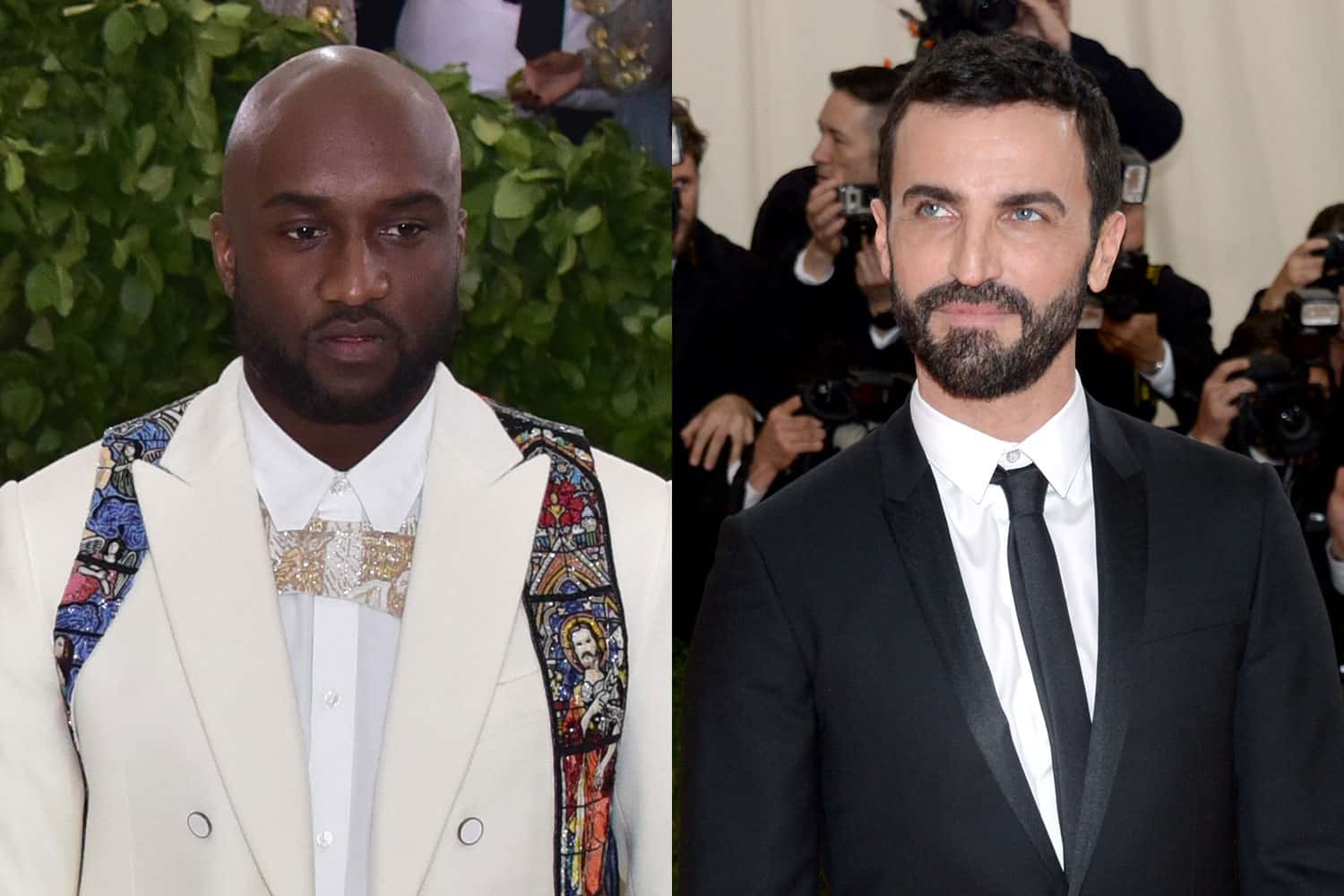 Villageluxe Launches a Charity Initiative with Natalia Vodianova
Last week, Natalia Vodianova hosted a dinner at Inga Rubenstein’s to support the launch of Villageluxe’s philanthropic arm, Charity Closets. Aimee Song, Alisa Volskaya, Antoine Arnault, Carine Roitfeld, Doutzen Kroes, and Nicky Hilton Rothschild were among the night’s many guests. Vodianova is renting out 24 items from her closet on Villageluxe, a wardrobe-swapping platform. Through Charity Closets, 100 percent of lender earnings from the rentals, as well as Villageluxe’s earnings, will be donated to charity. 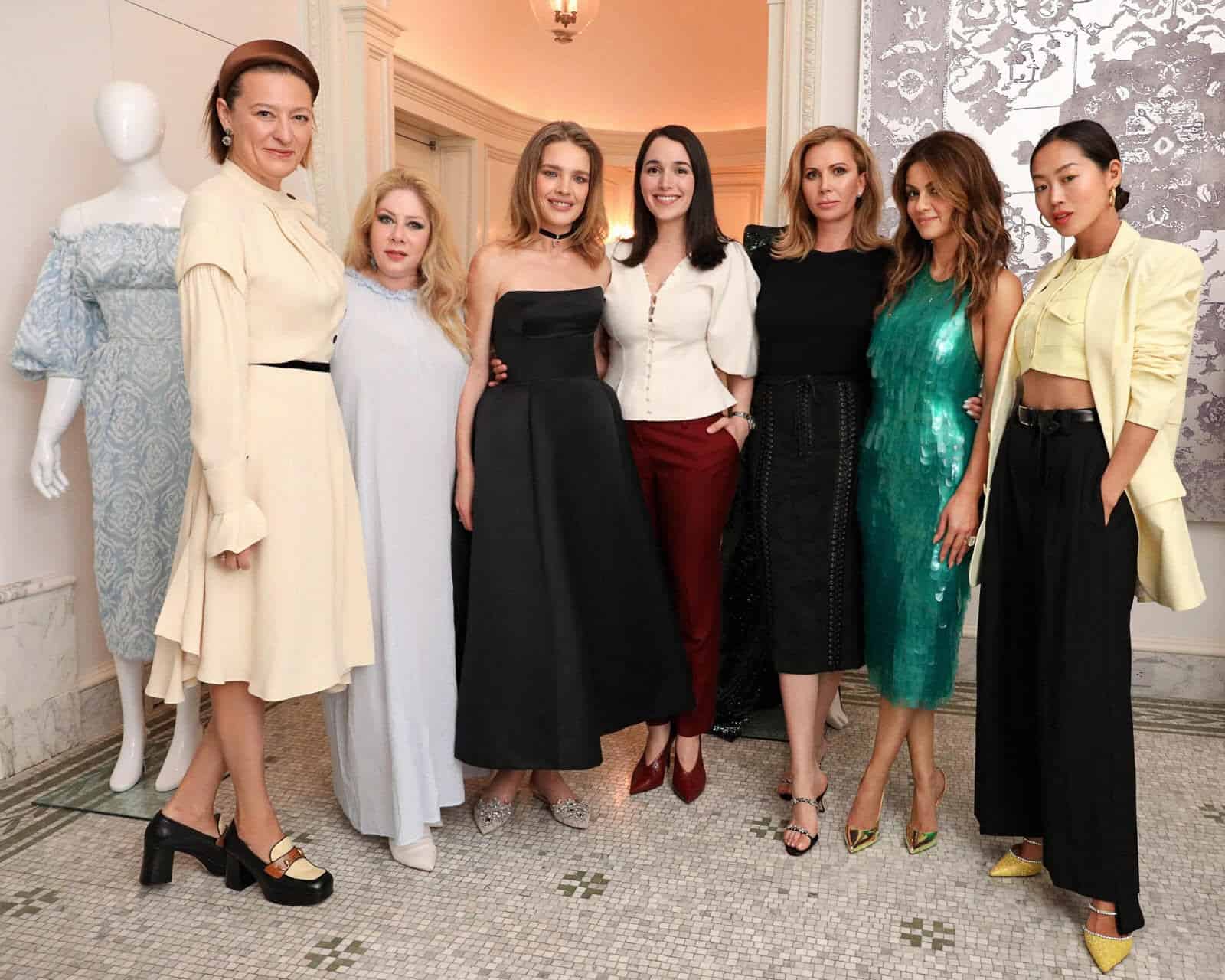