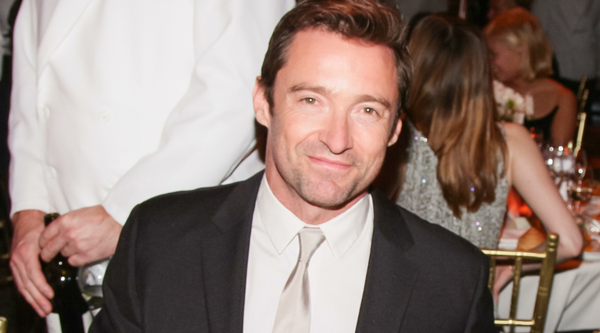 Selita Ebanks explained why supporting this cause was so important to her: “I was in foster care when I was a young child, and so I can empathize with young people about that feeling of displacement. I really admire what New Yorkers for Children does because it’s not just about a laptop and books—which is amazing, education comes first, but it’s also about support morally, physically, and emotionally.” With a hint of autumn in the air these days, Hugh Jackman told your Daily what he’s looking forward to in the days ahead. “We love fall. We’re from Australia so any prospect of snow really excites me. I’m also looking forward to not working so much,” Jackman said. “I’m looking forward to that, too!” his wife Deborah-Lee Furness quipped.

After a fall-inspired menu of pumpkin scapece with lentils, Chilean sea bass with sweet potato pave and fresh seasonal ratatouille was served, the event began to wind down with a live auction by Sotheby’s Jamie Niven. After calling out to the “rich people” for monetary sponsorship in support of educational programs for youth in foster care, the colorful auctioneer found his highest bidders in the likes of Jackman and Bill Goldman, who both pledged $10,000 and Julie Macklowe who offered up $5,000 to supply Back-to-School packages for two children in need. There were also numerous pledges to provide items like laptops, printers, backpacks, and more to students in foster care from the gracious crowd of New Yorkers. “There is such a need in this city, and all around the world actually, but New Yorkers really step up where there’s a need and these kids don’t have parents or stable homes so they’re all our responsibilities,” Jackman explained.

The evening closed by way of Cipriani’s chocolate cake with Chantilly cream, a performance by Common, and, of course, dancing. Once again, the New Yorkers for Children posse knows how to throw a party.
JULIE ZIGOS

The 9 Most Memorable Moments From The...