Get to Know 16-Year-Old Dancer and Model, Larsen Thompson! 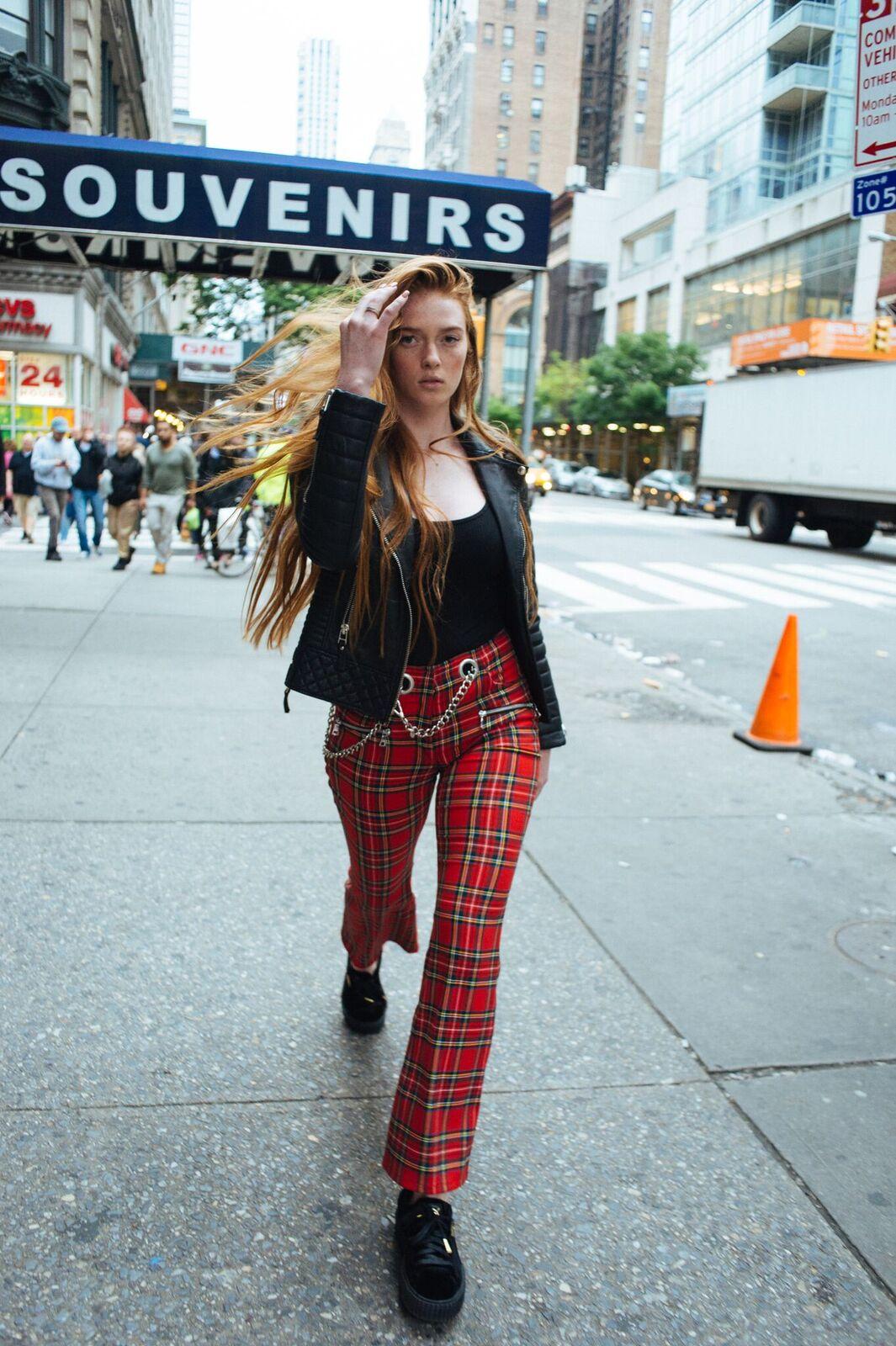 Meet Larsen Thompson, the dancer-turned-model who’s already working with brands like Fendi and Dior—and she’s only 16!

You model, dance, and act…how’d you get started?
I started dancing at the age of 4. I trained a lot but didn’t really take it seriously. Then when I was 9 I started seeing a lot of my mentors that I looked up to like Brian Friedman, who is one of the biggest choreographers in the industry, on television shows choreographing for big artists. That’s when I realized I wanted to do this. I want to be on live television shows, I want to dance in the industry. I started working with a bunch of artists. I just danced in Katy Perry’s new music video for “Chained to the Rhythm,” and have worked with Sia as well. It’s been amazing.

How did the Katy Perry music video opportunity come about?
I work a lot with Capitol Records. Danny Lockwood [from the company] called me up and said there was an audition for the Katy Perry music video and that they would love to direct book me to be Katy’s go-to girl, like her best friend. I said, That would be amazing! We learned the dance for three days in a row for nine hours a day. Than we went to the shoot for four days at Six Flags, which they transformed and edited out in the video. It was crazy!

What was she like?
Working with her was awesome. She is super cool and genuine. She gathered a group of us together and and thanked us. The shoot took an extra five hours and she was like, ‘Guys, I have learned my whole life to never give up…no matter how tired you are, I don’t care. Let’s get this done and go home, like no talking, let’s work as hard as we can.’

The song must be stuck in your head!
All the time. But when we were shooting the video they only played the back beats.

When did you get into modeling?
When I was 13 I signed with a kids agency. When I turned 16 I moved to Next Models, and I’ve been with them for two years. I’ve been able to travel and be in amazing campaigns for brands like Juicy Couture, Fendi, and Dior. I’ve loved Juicy Couture since I was a little girl when my mom dressed me in it. I’ve also been working with more magazines lately like Seventeen and Harper’s Bazaar. Seeing myself on billboards in L.A. is always crazy!

Do you think being a dancer sets you apart in the modeling industry?
I think so. A lot of models don’t have the movement part of posing, and I grew up expressing myself through movement. When I model I do more movement shoots and make it look real instead of just posing. If you look at a picture of someone posing, it’s not as interesting as having your arm or leg out.

How do you describe your type of dance?
I do a lot of hip-hop, jazz, contemporary, ballet, and tap. Pretty much everything! But I focus mostly on hip-hop and contemporary.

How did posting videos on YouTube change things for you?
A lot of my videos went viral two years ago—I’d post videos of me dancing to songs by Big Sean and Beyoncé. I don’t dance as much anymore because the modeling has picked up so much. I do try to jump into a dance class when I can, but I’m traveling and on shoots a lot now.

Are you in school?
I am, which is crazy. I just started homeschooling this year. I’ve been in public school my whole life. I wanted to stay all the way through senior year and then do online college but it wasn’t going to work out. When I started my sophomore year my agency called me up and told me I had to be in New York for three weeks. So I left high school, but I’m doing independent study and am still connected to the school. I’m a very social person so I wasn’t nervous that I’d be awkward or anything, since I wasn’t going to be around people. I have a lot of friends in the industry, so it works out.

Are people surprised when they find out you’re 16?
[Laughs] Yeah, I was just at a meeting and they were like, I thought you were 20! I was like, Oh my gosh, that’s crazy! I am just an old soul and I hang out with a lot of older people.

What’s your goal, going forward?
To walk the runways. I feel like the modeling industry is changing so much—you don’t have to be an average 5’11” anymore, which is cool. Look at Sofia Richie who’s 5’6″! I’d also love to work on campaigns with Chanel, a makeup brand like Lancôme, or Pantene for hair.

What are you up to this summer?
Hopefully a trip to Rome for something I’m working on, and then Greece with my family. I also want to go wave boarding and jet-skiing in Atlanta.

What’s something we’d be surprised to learn about you?
I wanted to be a famous soccer player when I grew up. I was doing soccer and dance at the same time, but when I turned 8, my dancer teacher told me I needed to pick one. I picked dance, and I’m so happy I did it or I wouldn’t be where I am today.