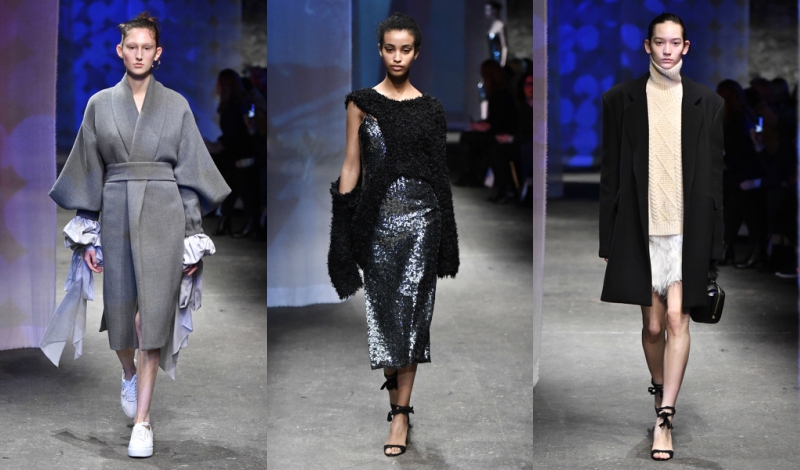 The mood was dark at Milly this season. The palette? Predominately black, grey, and white. The clothing? An exaggerated statement on female power-dressing in the form of boxy oversized business blazers, deconstructed button-down shirts, and a lot of black leather.

When we caught up with Milly’s Michelle Smith during pre-fall, she revealed that she had been shaken by the recent election. “I didn’t know how people were going to feel or what the world would be like in six months when this ships to stores,” she said of designing the collection, pre-election results. “I wondered, ‘Is it wrong to be so opulent? Is it wrong to have too many ruffles or this or that?’” Fast-forward to 2017, and the conclusion chez Milly is somber.

But despite the brooding feeling of the collection, there nevertheless remained some optimism. Beneath a boxy blazer was a festive paillette sequin skirt. A golden velvety evening dress provided a solitary burst of color. And two iridescent gowns that closed the show moved forward with just the slightest glimmer.