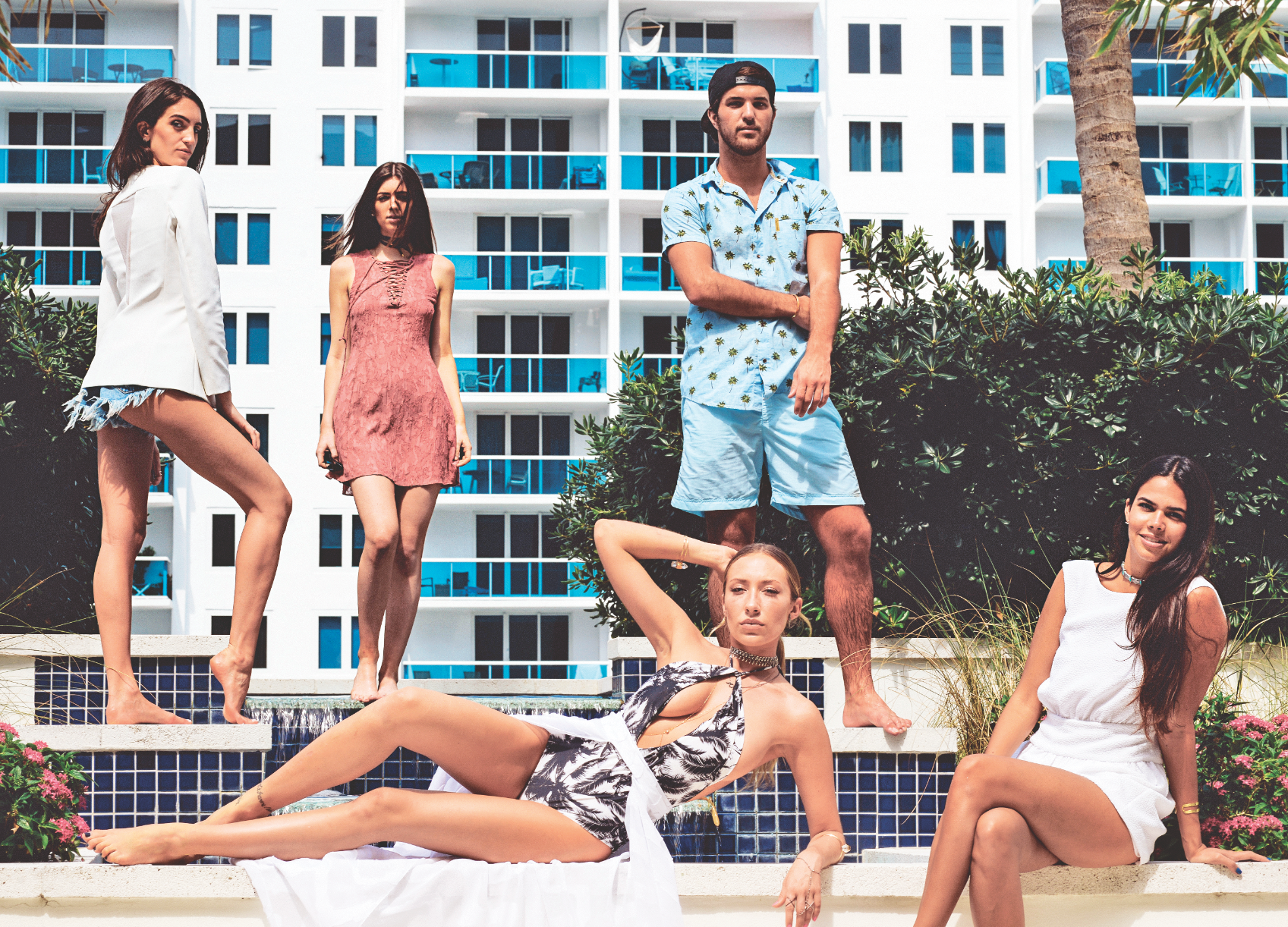 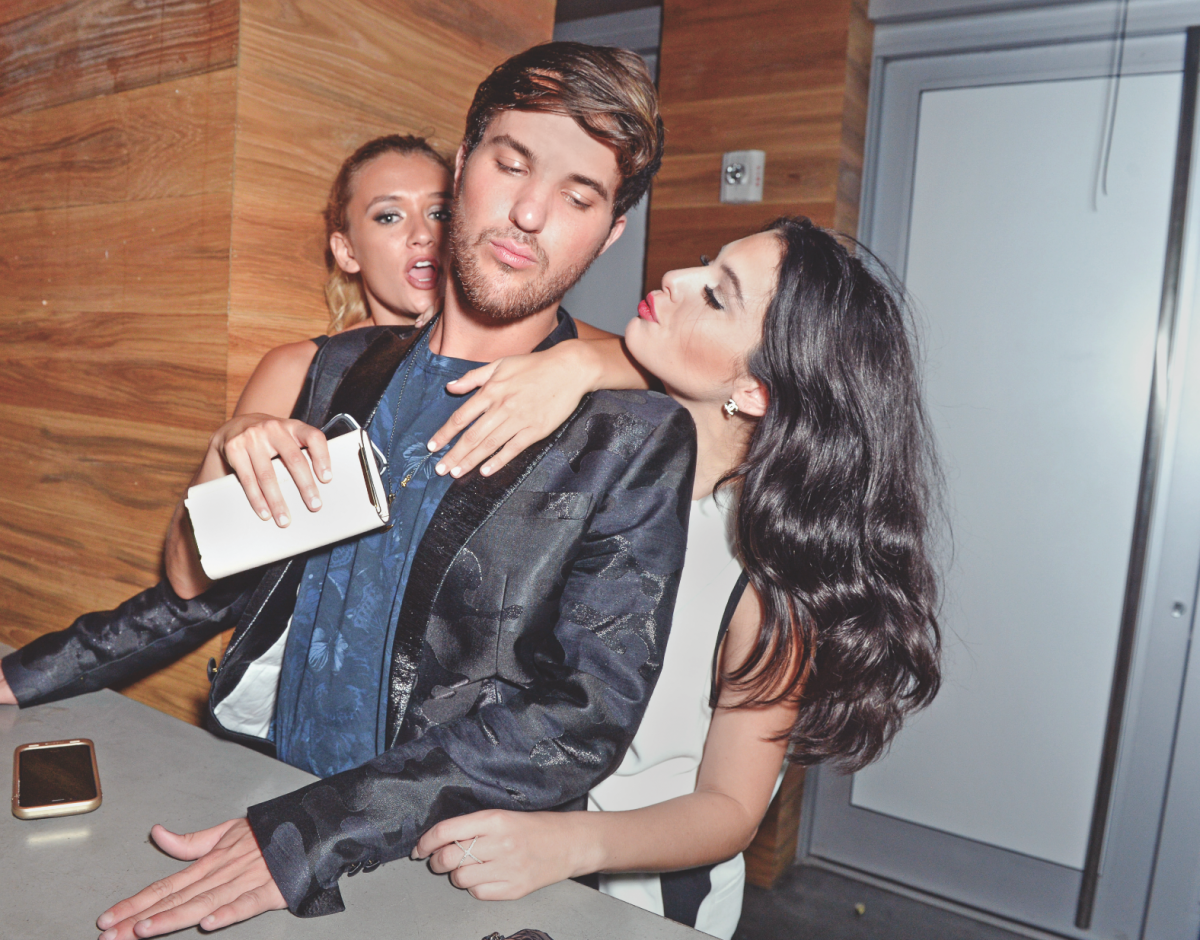 At only 23 years old, Andrew Warren has become a tour de force in the realm of social media. With a posse that includes a Trump and a Kennedy, the Just Drew designer discusses his plans for world domination.

How long have you summered in the Hamptons?
My whole life. My grandmother had a house here when I was born, and my parents bought a house in Water Mill when I was 5. It used to be calm and quiet; now, you can’t even ride a bike—but all my friends are here.

What were your career aspirations as a kid?
I wanted to do PR. I went to Syracuse to study communications and media. But it’s an overbearing industry; everyone is so competitive. I’m good at it, but it’s not something I want to do.

What inspired your foray into fashion?
Jeffrey Goldstein from Blue & Cream asked me to do a T-shirt pop-up with my friend. I had never thought about working in fashion, but I always loved it and my grandfather was successful in it. I ended up trying it and loving it. I decided to do a bigger Fall collection, and my partner and I parted ways. This is my first year to really focus on it. My family is very involved.

Did you go to design school?
No. I have someone helping me as I’m learning more about it. I sketch out what I want and pick the fabric and buttons. I can’t sew!

A lot of famous last names in that group. Was that intentional?
I honestly have like 40 best girlfriends, and it would have been hard to choose all of them.

Forty?
I spread myself very thin! A lot of girls want to be my best friend. It’s a really difficult position to be in.

Where is the collection sold?
Kyle by Alene Too, Blue & Cream, and Blue One on the East End. 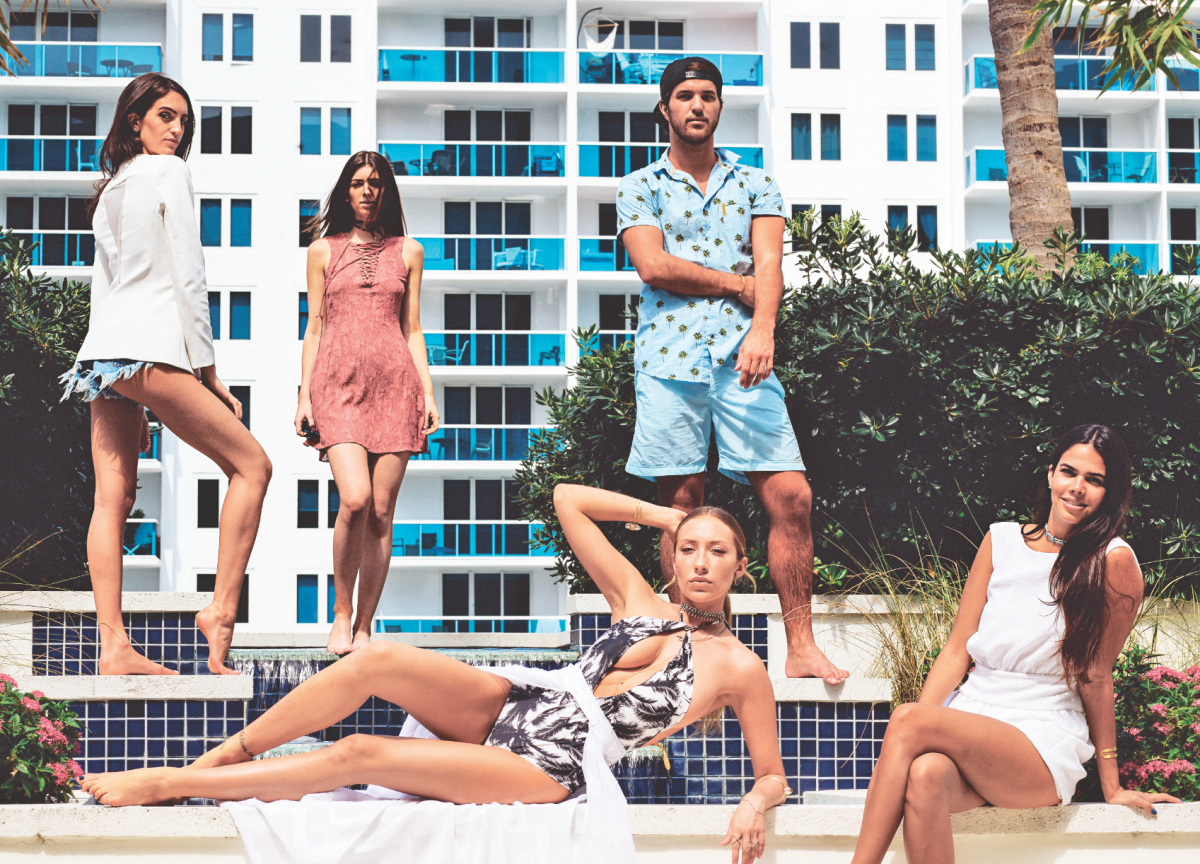 You’ve already had some interesting press, like the infamous “Snap Pack” feature in The New York Times.
That was originally supposed to be about me alone, but I thought it would be good to have the girls be a part of it. Moving forward, I’m going to do more solo stuff and work with actresses and models who I’m not friends with.

Were you happy with the way it turned out?
There were things I wasn’t happy with, but I think [the writer] was fair. It got my line out there. If it was just about me and the clothes, I don’t know if it would have gotten as much attention. You obviously can’t always be happy. There have been worse…

Like what?
DuJour. I love Jason [Binn], but I had Tiffany, Gaia, and Reya together for 12 hours to do a story with them about my first collection. It was supposed to be a fashion piece, and none of those girls would have agreed to participate if it wasn’t. The article came out, and it was pictures from our Instagrams. They used one photo where we are all in jeans and white T-shirts. We shot for 12 hours in my clothes! They didn’t feature the fashion, which was what the piece was supposed to be about. That was the worst. They eventually put the fashion photos online. I’m not mad anymore.

Growing pains! How do you protect yourself from being taken advantage of?
My dad does the business, and he’s really good at that. I feel awkward talking about money. With stores, I usually have him or someone else talk to them. People always want consignment, or think they don’t have to pay me because I have it so easy. But fashion is really hard. Money makes a difference, but you still have to work to get your brand out there and be different than anyone else. I feel like I have to prove myself even a little harder because people are judging by this whole persona.

Someone once referred to you as having the “mentality of a lion.” Discuss!
When I want something, I figure out a way to get it. What people don’t know is that I’m actually kind of shy. Tiffany and I went to a Vogue dinner two years ago and we had to sneak out because I had so much anxiety. Now, I’m getting a lot better.

Why do you have so many followers on social media?
It has to do with my lifestyle. I don’t mean to post lifestyle photos, but if I’m on a trip in Greece and people write, “Oooh, rich kids of Instagram!” I’m not asking for that. I’m posting from my trip. Now I’m at an in-between stage where I wonder whether I should stop posting all together, or post less.

Why don’t you make your account private?
That wouldn’t be good for business.

Is it weird to watch the father of one of your best friends run for President?
Yeah, it is, but I don’t think about it. I never really answer questions about it. I see Tiffany as her own person; she’s Tiffany. She’s not her father. I’m not giving my opinion, but I’m only there to judge Tiffany, who is my friend. She’s a great person and a supportive friend. I’ll always support her.

Whose career do you envy?
It’s probably too soon to answer that. I’m going to probably do more than just fashion. I love it, but I’d like to grow it into a much bigger company. What Kris Jenner has done is so smart. She’s made a whole empire.

How do you want to be remembered?
I want to do something that no one else has ever done and be successful at it. Like Andy Warhol. 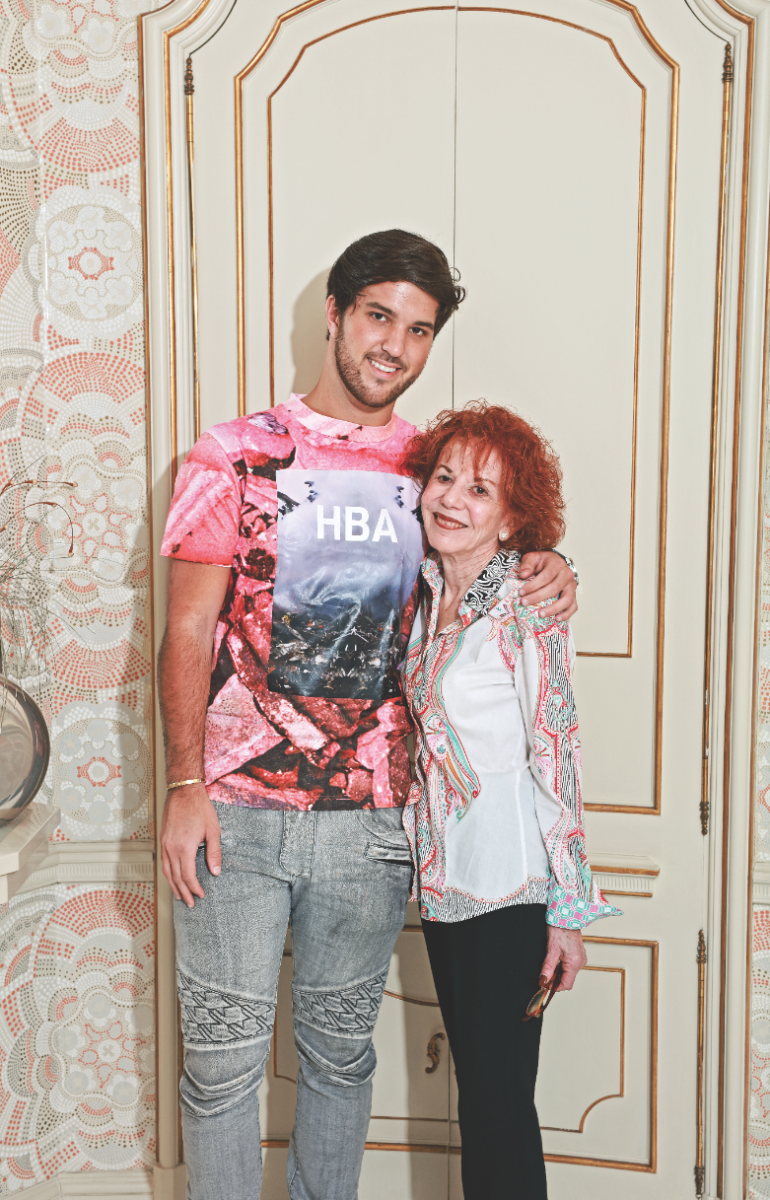 What Was Your Best Summer Ever? Volume I