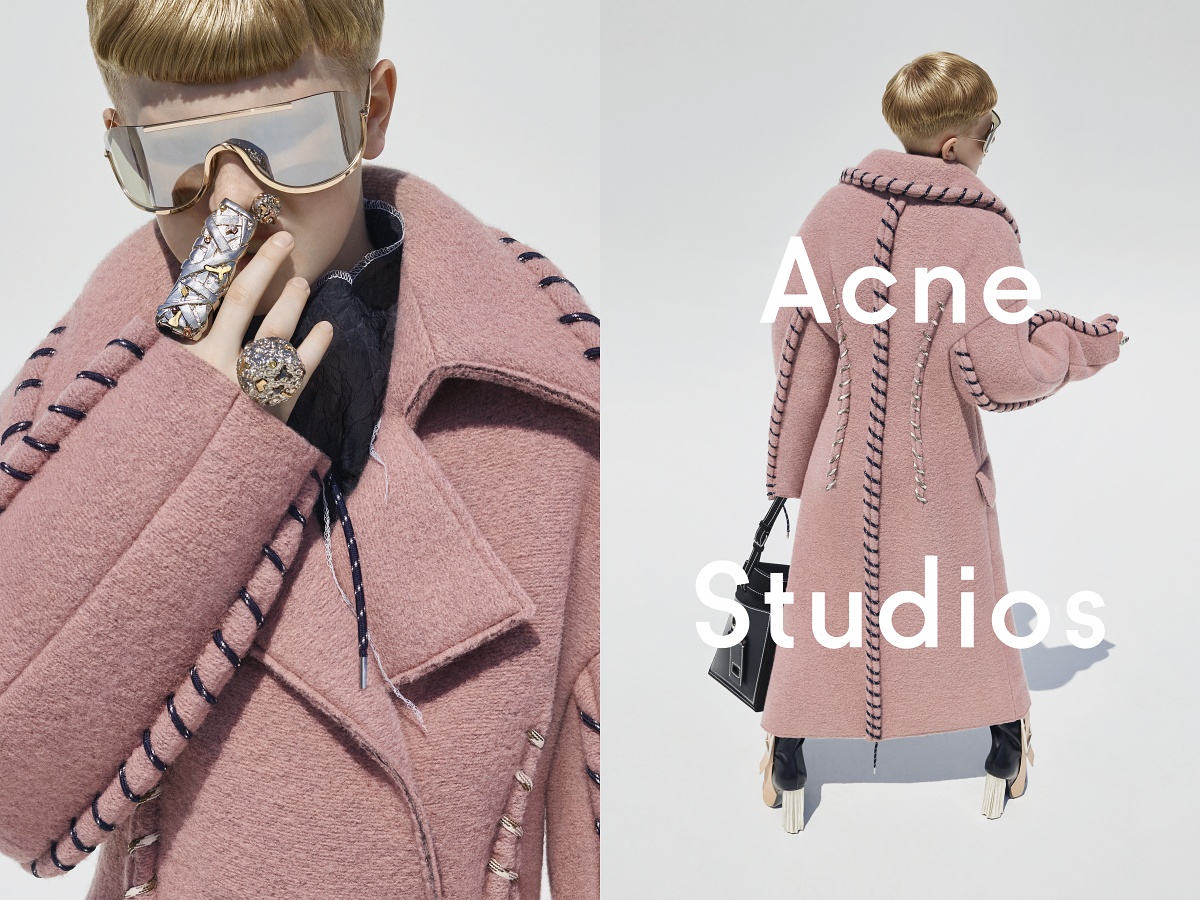 Acne Studios has tapped an 11-year-old boy to front their Fall/Winter 2015 campaign. Frasse Johansson, the star of the campaign, happens to be the darling (and too cool for school) face behind the Swedish brand’s new ad line up. He is the son of Acne’s creative director Jonny Johansson and was shot by photographer Viviane Sassen, who shot Acne’s campaign last season as well.

“I’ve seen this new generation’s attitude to fashion where the cut, the shape, and the character of the garment is the crucial thing, rather then seeking approval from society or to follow set norms,” said Jonny Johansson. “I immediately pictured Frasse, since he embodies this new breed to me. I asked him and I’m happy that he wanted to be a part of the campaign.” This will definitely make for a good #tbt photo for Frasse Johansson in a few years, right? The campaign will run in outdoor advertising in New York, London, Paris, and Hong Kong. The Fall/Winter 2015 collection will be available on acnestudios.com and in Acne Studios stores on September 10th.

7 Top Products to Help Your Battle...