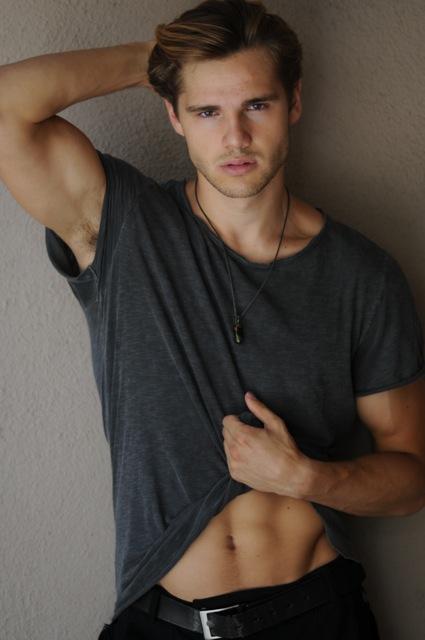 Sean Penn, Jamie Foxx, Carolyn Murphy, Christie Brinkley, Snoop Dog…these are just a few celebrity/supermodel parents whose children are budding in the modeling world. Now, Lifetime is capitalizing on the trend with a new show that started last week and centers on the very topic called “Growing Up Supermodel.” We met one of the show’s fresh faces, Janis Ostojic, who breaks down moving to L.A. from Belgium and entering a new world in the spotlight. P.S.: Discussions about a second season are allegedly already in the works…

Janis, introduce yourself!
I’m 22, from Belgium, but my last name is Croatian—my dad is from Croatia and married my mom, who’s Belgian. I moved to Los Angeles a few months ago with my family for the reality show Growing Up Supermodel. I grew up modeling—my parents were models since they were 17—and have been modeling for the past 28 years. I modeled from when I was about 4 to 12, when school got more serious. I also got into soccer and was building a soccer career. When I was 18 I was a strong player in the first division, but I got injured and had to get surgery. After six months they told me I had to quit and couldn’t run a lot, so that’s what I did. I got into a small depression, and my mom enrolled me in a modeling competition without me knowing it. I wasn’t really interested since I was depressed, but I won the contest, which was really cool. I went to Milan and Paris for six months and then came to the United States for this show.

How’d you land a spot on the show?
They found me and my family. I have an agency in Los Angeles, and the show was asking for a father-son or mom-daughter modeling duo. My agent at first was like, No, we don’t have anyone, but then quickly realized that someone signed two weeks ago, which was me. So he called back and said, We have a father-son who are both modeling and the father is still good looking and models. We did a couple of Skype casting calls and eventually came to film a pilot, and then we were chosen.

What was it like filming with your parents?
It’s fine with my dad because we’ve always modeled together. In the past year we traveled around the world together. Our dynamic is always good. The difference is now with my mom— it’s actually better. Compared with the other families on the show, we’re the only family who’s together.

What are your thoughts on reality TV now that you’re in that world?
At first I was kind of frightened. You hear all of this bad stuff about reality TV, but this isn’t Bravo’s Real Housewives. It’s more calm. We’re not yelling or cursing at each other, and that’s what I like—that it’s cool, nice, and is a real reality show. They edit their way, but everything we say is real and honest. I’d really like to get into acting and I’m starting to take classes. My dream is to be in a Marvel movie.

How do you like life in L.A.?
I love it. It’s amazing. Palm trees and sunshine all day, every day! It’s different from Belgium. It rains a lot and is a bit boring. When I came to L.A. I realized I could do something here, and that’s what’s happening.

What were some of your first modeling jobs?
When I was a kid I got modeling jobs with my parents for entertainment parks, TV commercials…family things. After the competition, I shot for a Versace calendar in Belgium, a Bacardi campaign all over Europe, and I’ve worked a lot with GUESS?

Dream brands to work with?
There are many! My top three are an international campaign with GUESS?, Dolce & Gabbana, and Armani. I love their suits.