Matthew Marden: A Decade At Details 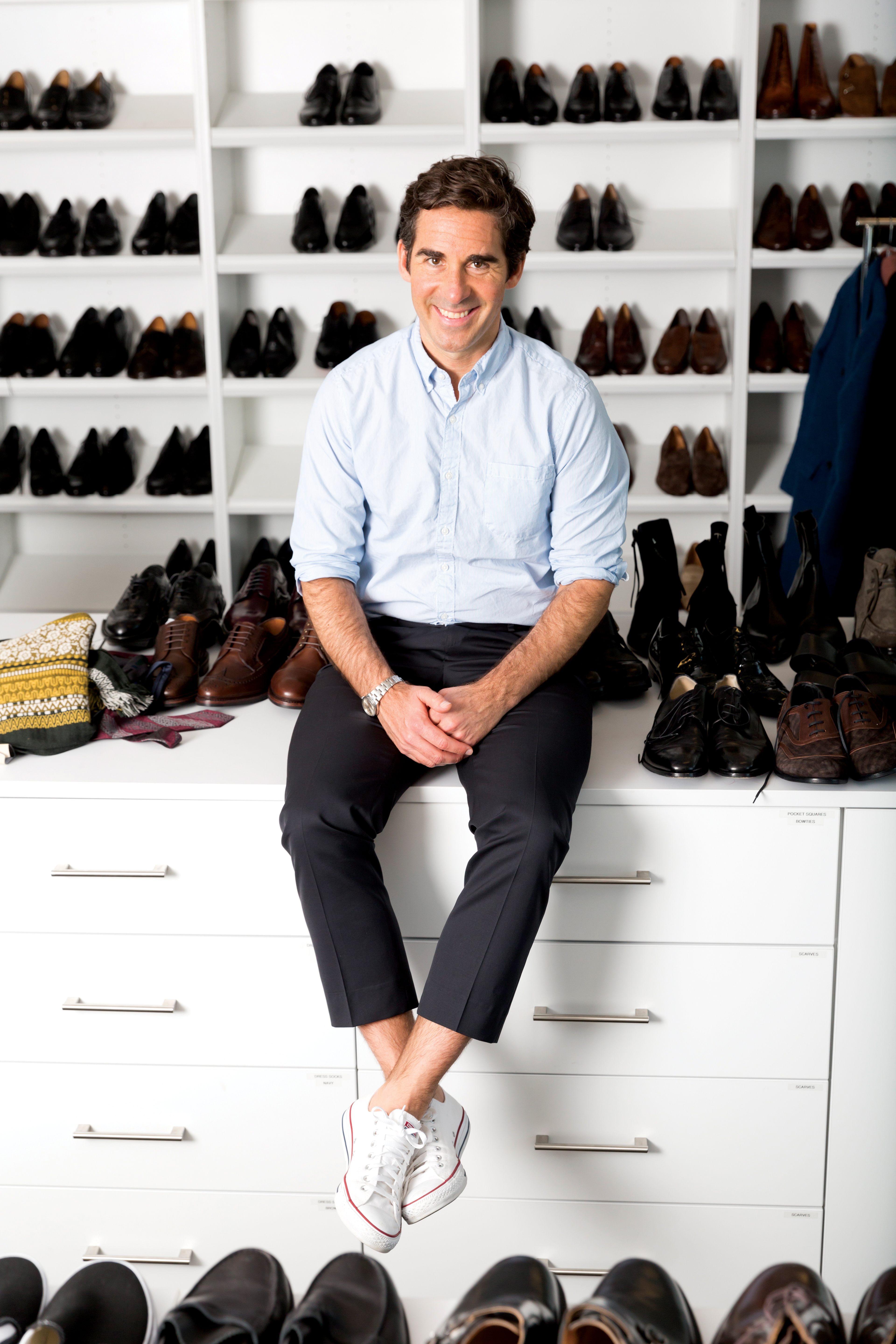 Does Montauk regular and Details’ longtime fashion editor Matthew Marden live up to his nice guy reputation? He sure does! He dished to The Daily about how he got his start in the business, how he landed at Details, his personal style, and more.

Where did your interest in fashion begin?
I was always a huge fan of my mom’s subscription to Harper’s Bazaar. My room was plastered with fashion images. There were a lot of the old Bruce Weber campaigns for Calvin Klein and the Absolut ads. I wasn’t just drawn to the models, but the images themselves, too.

Were you interested in the women’s world?
I wasn’t drawn to women’s clothes—it was more the imagery. I liked the men’s clothes because I could relate to that. It also was such a different time—fashion wasn’t like how it is now. I remember watching Elsa Klensch on CNN and the first couple of seasons of MTV’s House of Style. I responded well to it all—the artistry, the pageantry, and the business of it.

What did your friends think of this hobby?
I didn’t feel bad about hiding my love for fashion. It was just my thing. I grew up in a small conservative New Hampshire town and we all looked alike in a way, but people would say that I dressed really well. I might have had a cashmere sweater on instead of a cotton one. I paid a lot of attention to what I wore.

Where did you go to college?
Colby College in Maine, where I studied art history. I was one of those people who worked really hard to get into a good school and when I got there, I relaxed a little. I stopped playing sports. After school, I got a job at a photography gallery in New York. Combining that experience with what I learned at Colby was the best education I could have gotten, because I learned about the history of fashion through the artists and photographers we represented.

How did you transition from galleries to magazines?
Hilary Heard, who was doing PR for Manolo Blahnik at the time, knew that Town & Country was looking for someone to do men’s fashion. She had me meet with Michael Cannon, who was the former editor-at-large and men’s fashion director. We got along, and he took a chance on me. I worked at T&C for two years.

What was next?
I tried to do the L.A. thing with the intention that I wanted to move there forever. It was all very glamorous and chic and fun. I freelanced on all kinds of things. I ended up getting lured back to New York for a job that didn’t work out, but I ended up working with Bruce Pask on Cargo before the magazine launched. That’s where I met [style editor] Eugene [Tong]. I then started freelancing at Details in 2004. I got here and was like, ‘Wow! This is fashion with a capital F.” The first thing I remember pulling here was the Nick Lachey cover shoot, where he was wearing the fur and the leather. I’ve been really fortunate. I love it here.

What’s kept you at Details for more than a decade?
I love the staff and the people who work here. We’re really scrappy. We’re not like other fashion magazines. There are four of us on the team. If you pitch an idea, you see it being executed. I like the way we have a readership that’s interested in fashion, art, music, food, working out, culture, and politics. We don’t have to be instructional to the reader. We don’t need to explain how to wear a striped shirt with a polka dot tie to the readers. The best part of my job is going to Europe and looking at the collections. It’s not that hard—I really don’t like it when people complain about having to go!

Some editors dread the shows.
We’re lucky! They’re really inspirational. You should be able to get something out of every show you see. So the clothes aren’t the best, but there’s might be a model in there I want to shoot, or the music’s really amazing, or the space is really wonderful.

Which Fashion Week is your favorite?
Milan, hands down. Most people don’t like Milan, but I don’t know why. I know it’s not necessarily the prettiest city in the world, but there are beautiful parts to it. I love a lot of the industrial areas, too. There’s also a warmth and friendliness and real way of life there, which is comforting.

Did you ever think New York Men’s Fashion Week would emerge?
I was very hopeful it would, and I’m very pleased. Obviously, men’s shows have happened here, but they tend to get lost in the women’s schedule. We’ve been wanting this to happen even before London became a thing. The success of that city really helped to pull things together here.

Some designers and editors have complained that it’s one more exhausting week on the calendar. Thoughts?
I think that’s complete bulls**t. Get another job.

What’s your personal aesthetic?
I’m preppy, but I do feel like my look is evolving a little bit. Sometimes I joke that I’m dressing like someone who works at PR Consulting or KCD, because I think those guys look great. That’s why I wear suits all the time!

You’ve got a nice guy reputation.
I’m nice. It gets boring, but that’s how I am. You get better results being nice. I’m sure I can be super bitchy like anyone, but I work in a creative environment with a lot of collaboration, so you have to be open to other people’s ideas. That doesn’t mean sacrificing your point of view, but your ideas can shift.

Do you have any aspirations to be an editor in chief?
Maybe—I’m a really quick decision-maker and I stand behind my ideas. I like being nice, but I know what I like, I know what I don’t like. I know what works, and I know what doesn’t.