Marlo Thomas, the beloved actress known for starring in the 1966-1971 TV series That Girl, has tapped into fashion design with a ready-to-wear and accessories collection for HSN INC. called “That Woman.” Fitting, non? Thomas will introduce the range on HSN tomorrow, January 19, during “The List with Colleen Lopez” from 9 to 11 p.m. (EST). Until then, Marlo gives us a taste of what we should expect, what her husband Phil Donahue thinks of the venture, and more…

Did you always know you wanted to get into design?
I think like most women, I dabble in changing clothes around the way I want to wear them. Sometimes something will be long sleeved and I want it to be sleeveless—I’ve always fussed with clothes and changed hardware on them. If a designer shows a skirt and a sweater together I rarely wear it that way because I don’t want to be in anybody’s costume. I think that’s the fun of designing— I think of putting together a closet.
Why did you feel now was the time to do this?
Everything happens at its own time. I never wanted to do this professionally—I’m doing it for myself. I’ve been asked for many years to put my name on things and I never wanted to do that because you don’t have any control over what it will look like; the licensing also didn’t appeal to me. I’ve been traveling around the country for St. Judes Children’s Research Hospital, and a lot of women have talked to me after I do my speech and ask personal questions about my marriage, how I workout, what I eat, and also discuss how they can’t find clothes that express who they are, and that’s what clothes need to do—they should make you feel comfortable. I also think a lot of women over 45 don’t want to look like an older woman. They want to look like the girl inside of them. I was talking to my husband and we both said a man brings some of his boy with him when he grows older, and a woman brings some of her girl with her, and our clothes need to have that feeling about them. Otherwise, you don’t feel its you. So I tried to make everything have a little sass to them and show a little skin to make women feel feminine and flirty. That, to me, never goes out of style. 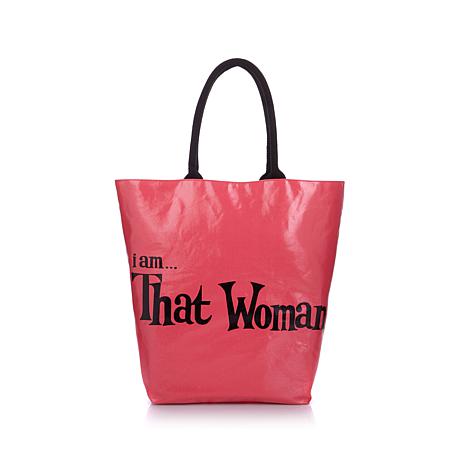 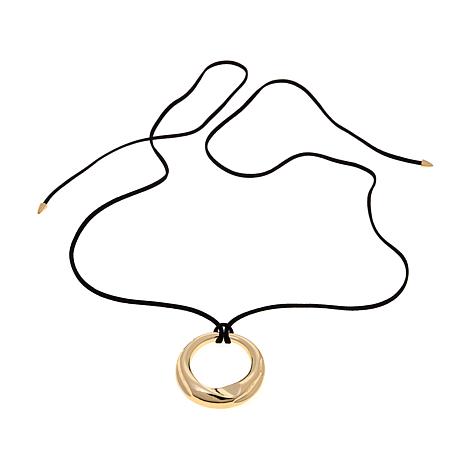 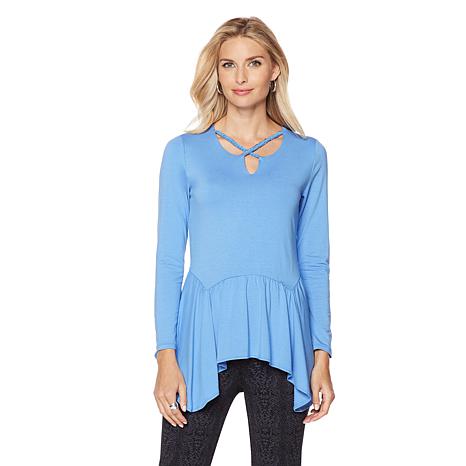 Why was ‘That Woman’ the right name for the collection?
Everybody refers to me as ‘That Girl’ so I really thought that it was time to claim the woman in me. I walk down the street and people yell ‘That girl!’—I can’t get them to stop saying that, but I can remind all of us that it’s time to be that woman.
Were there any back up names?
There were names like ‘Just Marlo’ but I felt that that would make it too much like my clothes. I think every woman is that woman in their life.
What designers did you wear during your That Girl years?
I wore everybody! All the great designers of the ‘60s, like Halston, Pierre Cardin, Courreges, Pucci, Oscar de la Renta…I used to have eight or nine outfits a week, so I had to have a lot of clothes.
Are you nervous about selling the clothes on live TV?
No, no. I’ve done live television. I just hope that what I’ve created is liked. That’s what my anticipation is. My friends are having watch parties across the country—it’s hilarious. Everybody’s been very excited about it. I have the greatest friends. They’re fun people.
Who do you admire in fashion?
I love Ralph Lauren, Versace, and Gucci. I also love shopping at Jeffrey in downtown New York. I like to cherry pick some things. I’m not much for vintage unless it’s ‘60s vintage…I don’t like the victorian style. I’ve also always liked graphic clothes.
You’re almost 80—why is it important to still feel sexy?
It’s always important to feel sexy. I think a woman, or a man, should always hang on to who they are as a person. I don’t think you check out the girl or boy in you. My husband wears jeans with v-neck cashmere sweaters and striped shirts..he looks great! He could’ve worn that 40 years ago. I think the most important thing in your life is your spirit, and that’s how I dress—for my spirit, not my age.
Does your husband [Phil Donahue] care about fashion?
He’s kind of preppy. He’s always been that way. I think he’s also conservative like I am, and kind of classic.
Did you consult his opinion on your line?
I showed it to him and he thought it looked great. He’s not a fashionista and won’t sit there talking about where the darts are, but he loved the blue dress I wore to my launch party, and he loves the suede jacket in the collection. My husband is kind of a cool guy…he’s not a critical man. He gets a kick out of watching me enjoy what I do. When I first talked to him about doing this, he thought it was such a great idea. He said, ‘You’re born to do this!’
What’s your secret to a successful marriage?
The time you give it. We take trips by ourselves. Since our first wedding anniversary we said to each other, instead of buying gifts let’s just spend our money on a trip, so we’ve gone as far as Indonesia and China and Japan. We’ve also just gone to Connecticut for a weekend—whatever time we’ve got, we take.
You’re active on Twitter and Facebook. Did you ever think of tapping into Instagram?
I haven’t, but I might. I really like Facebook the best because you can have a conversation on it.  I have a million followers on it and we talk to each other, and they talk to each other. Twitter’s less impersonal.
What else do you have in the works?
I have a cameo coming up in Ocean’s Eight, the new Sandra Bullock movie. I’m working on a new play which I can’t talk about yet, but I’m excited about it. I have several things that I’m doing!