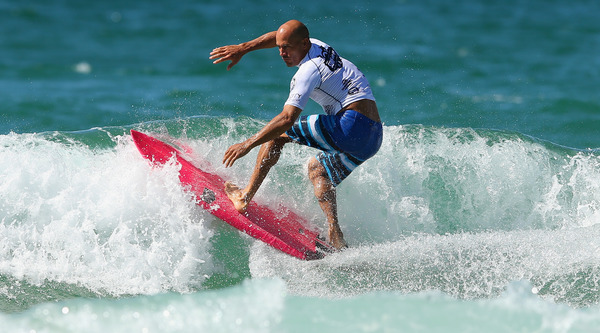 (NEW YORK) Kering To Back Surf Star Kelly Slater In New Lifestyle Brand [Business of Fashion]
The luxury group, which owns the likes of Gucci and Balenciaga has some surf expertise, as they also own the Volcom sports label

Italy’s High Fashion On The Factory Floor [The New York Times]
An exhibit at the Victoria & Albert Museum follows the rise of Italian couture from 1945 to the present, with pieces from the likes of Valentino, Emilio Pucci, and Dolce & Gabbana

Keith Pollock On The New Interview, Making A Cover That Will Cause A Fuss, And More [The Cut]
This is a homecoming of sorts for the new editor in chief, who secured Johnny Depp for his first cover

Adam Lippes Strikes Back [Vogue UK]
Without attending design school, his time spent as the creative director at Oscar de la Renta was his version of training

Cameron Silver’s Jean Paul Gaultier Archive To Be On Sale At Matches [Telegraph]
Just prior to the unveiling of Gaultier’s London exhibit, the Los Angeles vintage collector is putting his own 85-piece archive on display

Jacquelyn Jablonski On Her Second Event For Autism Speaks