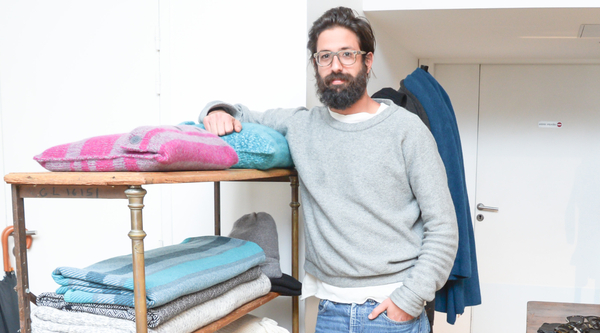 (NEW YORK) With Shared Artisan Ethos, Chrome Hearts Invests In The Elder Statesman [Business of Fashion]
Both alums of the 2012 CFDA/Vogue Fashion Fund, the jewelry label has taken a minority stake in Greg Chait’s knitwear line

Phoebe Philo On Creative Freedom At Céline, Her “Innate Fear Of Fame” & More [The Cut]
The notorious press-shy designer made an appearance at the British Vogue Festival to chat with editor Alexandra Shulman

Annick Goutal Is Debuting On Bleecker Street Next Week [Racked]
This is just the first step in a larger expansion plan stateside; next up will be increased distribution at department stores and a second namesake boutique

Nan Goldin Finds Her Eden [Vogue UK]
The photog selects children as the focus of her latest tome, which she compares to her early work with drag queens

Peacocks, Rhinos, Chimps: Oh, My! [The New York Times]
Interior designer, Ryan Korban, on his luxurious taste that has attracted the likes of Alexander Wang and Jessica Stam as clients

Barton Perreira Throws A Campaign Bash At The Electric Room

LeSportsac Rings In Their 40th Anniversary With A Sweet Bash