Legendary Photographer Rankin on The Queen, Nudity, and His Moniker 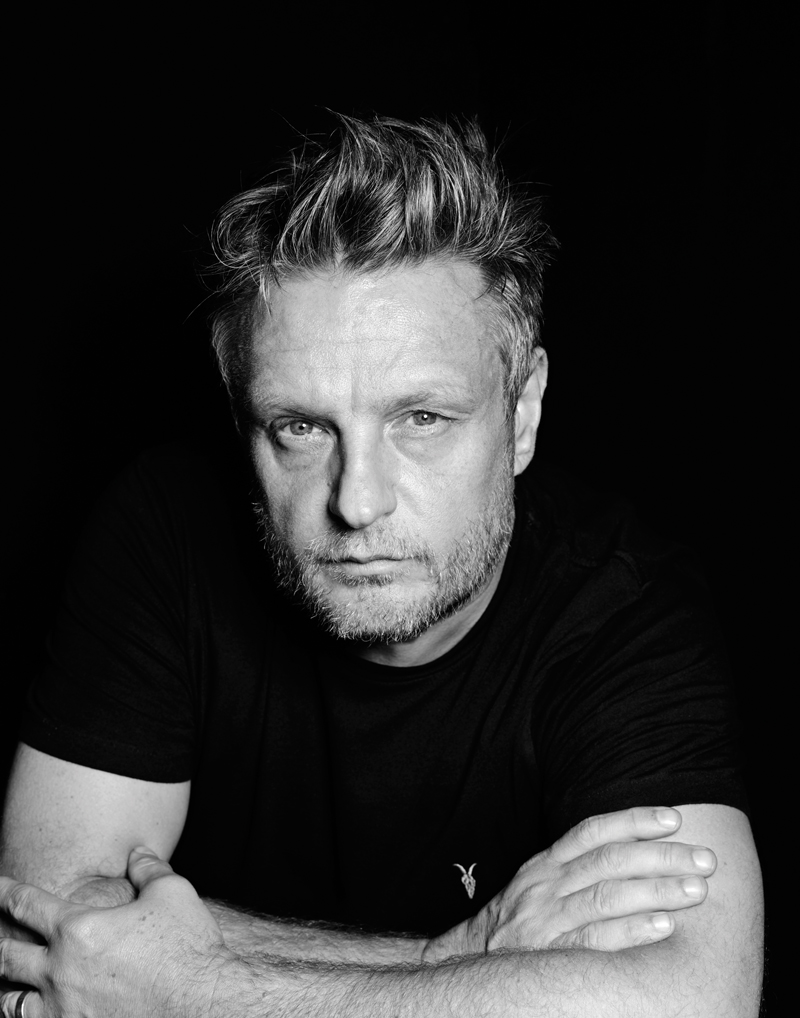 There’s Cher, Madonna, Beyoncé, and Rankin, the one-named London photographer-turned-magazine-maker, currently the EIC of Hunger, who talks to The Daily for the first time about the Queen, nudity, and why he loves his distinct moniker.

Rankin on photographing the Queen: Everybody always asks, “Did you photograph her naked?” There’s a lot of mythology around her. So I did a lot of research. I only met her for minutes. It’s not like I’ve got some insight into her birth, but it was an amazing experience, because she’s somebody who has chosen to live her life a certain way. Her uncle was born into the same position and threw it all away. Because of that, she couldn’t throw it all away. That would’ve been the end of the monarchy. And that pressure on her must have been unbelievably stressful and painful and difficult. So to meet someone like that, who sacrificed beyond, beyond, beyond…. Most people see her as privileged, but I see her as being someone not privileged, to have sacrificed an entire life. And she has borne it well; she’s succeeded in it. I’ve just got tremendous respect for that as a human being. That is how I went into that shoot, having tremendous respect for her as a human being. The power in that room was palatable. You could almost cut the atmosphere.

Rankin on sniffing out fame: Having photographed tens of thousands of people now, I believe you can feel when someone’s got some special quality to them. I remember when I first met Jude Law—he was 17 or 18, maybe even 16—thinking this guy’s got something special. And then five years later, he was becoming really famous. That kind of experience, when you meet someone and then suddenly they become very successful. You start to trust those instincts.

Rankin on nudes: I think that it’s very easy to say that nudity is about sex and wanting to see people naked, but for me, nudity is very pure. There’s a very honest exchange when someone’s naked. I don’t photograph one type of nude; I photograph lots of different types of people because I’m interested in people. I don’t objectify; I subjectify. It’s more about what’s going on in the viewer’s head, than it is about the photographer. But I love, love, love the rise in male nudity, because when I did it back in 1999, I did it uniquely, quite comically because that was my way into it. But no one wanted to publish them because there was a massive fear of the prick at that time. Now, though, there’s a whole aesthetic of women and male photographers doing this really beautiful male nude photography. They make you look at the world a different way. That’s a good thing.

Rankin on making magazines: Magazines are about your taste. You should always make a magazine for yourself. Hunger [his third and latest magazine] is very much about me having a certain taste. I still had this real desire to feature lots of other people’s work, and I still had a hunger for the new. I wanted a fashion magazine that has a sense of humor. You know, that wasn’t bitchy, wasn’t negative. I wanted to make a magazine that was friends with all the other magazines, if that makes sense.

Rankin on Heidi Klum: She’s probably one of the only famous people that I’m kind of friends with. And she’s incredibly loyal to me, to the point that it’s almost kind of…embarrassing. Because, she always requests me. I work with her not for her, you know what I mean? She’s amazing, an art director in a model’s body. She’s got such a vision about how she sees things. And when she puts her name to things…yeah, it’s business but she’s got a real belief what she thinks is the right way to do things. And 99.9 percent of the time she’s right.

Rankin on his new boutique agency, The Full Service: There was a gap in the market for a small fashion-led advertising agency. I’d worked in advertising a lot, with the most amazing directors and agencies. But I also saw many situations where [clients would] be spending millions of pounds without getting that value back out. The industry was changing so much. And I was like, why don’t I just cut out the middleman? Why don’t I have my own company straight to client? The minute we started doing it, we got work, good work for the past two years, that I’m very proud of doing. I’m not looking to work with the big international players. What interests me are the companies that are smaller that don’t have the big budgets.

Rankin on his name: I think that when you name your child you’re almost giving them an opportunity in life to be different. My name made me different at school. I got bullied, had the piss taken out of me. In a way the name that you are given helps create your personality, and so I was lucky. I still love it. It’s got a funny ring to it, and I think that when you say it you can’t help but smile for lots of reasons. It’s really made me who I am.

Meet The Man Behind The Daily’s Latest...